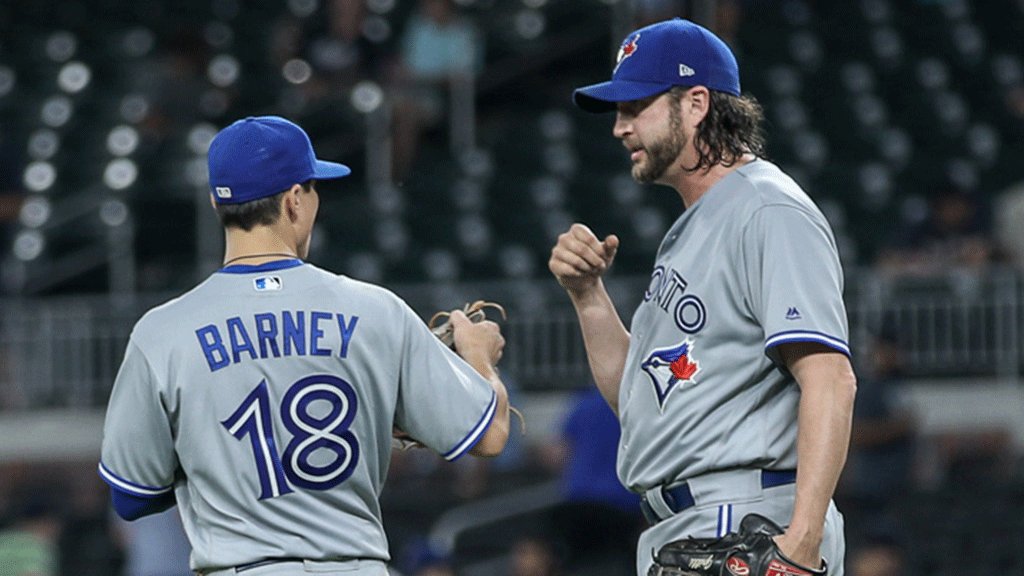 Well, what would a visit to Baltimore be without the Blue Jays wasting a bunch of early chances, blowing a lead, giving up multiple home runs and then shitting the bed in extra innings to lose a game they could have won three different times before that point? With rain delays, this game took almost exactly 5 hours to complete and, as often happens when Toronto loses to Baltimore, you just can’t help feeling like the results should have been different. Then again, winning games they’re expected to lose is the new ‘Oriole Way’.

The Baltimore Orioles under Buck Showalter have been a sabermetric analyst’s nightmare for the last five years or so. Every season, the math guys run the numbers and predict that this will be the year that the Orioles collapse. They proclaim that this roster can’t possibly keep winning close games as often as they do. Yet, the Orioles have won won the most games of any American League team over the last five years. They continue to defy prognosticators, confound experts and sneer at algorithms and even though they have been a Blue Jays nemesis the last few years, I absolutely love that they continue to prove that encapsulating baseball solely by using numbers is impossible. You can’t just reduce the game to just a series of percentages and assume it will follow the patterns, and why would you want to do that anyway? The game is far more compellingly unpredictable than that. If there weren’t any surprises forthcoming and the math could tell us what would happen ahead of time, then why would anyone watch the games? There are human elements that reveal themselves in every single game and those simply cannot be quantified or predicted. Whatever those unquantifiable winning elements are (I can’t pretend to be an expert on that, either), Baltimore has a lot of them and this current incarnation of the Blue Jays has, well…less.

I’m pretty sure Baltimore had several less poorly executed, poorly timed bunt attempts in tonight’s game. I wonder if that has anything to do with it…

With the game tied in extra innings, the Blue Jays COULDA at least used their best reliever before going down in flames. Why on earth is Jason Grilli, who has been the relief pitching equivalent of lighter fluid this entire season, pitching in the 10th inning of a tie game on the road when Roberto Osuna is idling in the bullpen? Didn’t we just witness the costly folly of waiting too long to use your relief ace in last year’s wild card game, against the Orioles? Every game is a must win game when you’re barely hanging on to your season. Like Ubaldo Jimenez was last year for the O’s, Grilli right now is literally the last pitcher the Jays should be relying on with the game tied and an opponent’s 3-4-5-6 hitters due up. Sure enough, like a sore knee always somehow finds a coffee table corner to bang into (and despite a 1-2 count), Grilli grooved a batting practice fastball to “Beef” Welington Castillo, who deposited it into the left field seats to send the Jays back to their hotel to think about what could have been. Tonight was already Toronto’s fourth walk-off loss of a season that is just reaching the quarter pole. Yikes.

With Orioles starter Chris Tillman unable to locate his secondary pitches in the fourth inning, the Jays were threatening to send him to the showers with three runs in already, Devon Travis on third base and just one out. All I wrote down in my notes at this point was one word : GIBBONS!!! With an pitcher teetering on collapse and struggling to throw strikes I WOULDA thought that voluntarily giving that pitcher easy outs was the last thing on Gibbons’ mind. However, I was sadly mistaken. Why John Gibbons decided to use the suicide squeeze play at that point is both inexplicable and unjustifiable. Darwin Barney is a decent enough bunter (one of the few on this team), but Tillman was on the verge of collapse at this point and Gibbons let him escape by over-managing the situation. Again. In the first game of a series, Toronto had an opportunity to force the Orioles to have to extend their bullpen by knocking Tillman out of the game early. Instead, Barney squared around but couldn’t make contact with Tillman’s (surprise, surprise!) wild offering and Travis was left in no man’s land for a rally-crushing second out. Tillman escaped without further damage, regained his form in the subsequent innings and the Blue Jays never scored again. I knew as soon as it happened that it was going to cost them later and, sure enough it did. Travis had just missed hitting a home run by about three feet earlier in the inning, and it fits the Blue Jays’ pattern that his run, which would have been a game-winner, was bungled away in such an idiotic way.

Ryan Goins SHOULDA never been asked to bunt in the eighth inning, either. After Devon Travis led off the inning with a single, Goins was asked to advance him with a bunt and did it about as poorly as can be imagined. Using form that wouldn’t have been acceptable in Pee Wee select baseball, he ‘bunted’ the ball directly back to pitcher Alec Asher on two hops, allowing Asher to turn the happiest, easiest double play of his pro career. I’ve said before that this team should be better at playing small ball. I didn’t say that they should continue to try to play small ball in spite of that fact. How can you be a light-hitting middle infielder in the major leagues and not be able to lay down just a functional bunt? Oh, right…you play for the Toronto Blue Jays in 2017.

Fun to see Anthony Alford playing in the major leagues for the first time, even he will likely only be up for a few days. With a veteran-laden team the last few seasons, it’s been a while since the Blue Jays actually had a ballyhooed position player prospect get called up. While he didn’t get a hit, watching him deftly steal a potential Orioles home run at the wall with ease was a pleasant change after watching the outfield ‘exploits’ of Ezequiel Carrera and Steve Pearce the last few weeks.

As much as Justin Smoak has improved so far in 2017, his numbers continue to stink in pressure situations. Despite the fact that most hitters’ numbers actually improve in such situations, Smoak entered tonight’s game as just a career .138 hitter in bases loaded situations and that terrible number actually got worse tonight. Instead of putting the pressure on pitcher Darren O’Day with the sacks drunk in the seventh inning, Smoak helped him out by getting himself out like he’s done so often in previous years. By swinging at a curve ball for a third strike that actually hit him in the leg after he swung and missed it by a foot, Smoak choked way the Jays’ last decent chance to win the game. If this team has any chance of returning to relevance in 2017, Smoak’s improvements will have to extend into pressure situations as well.