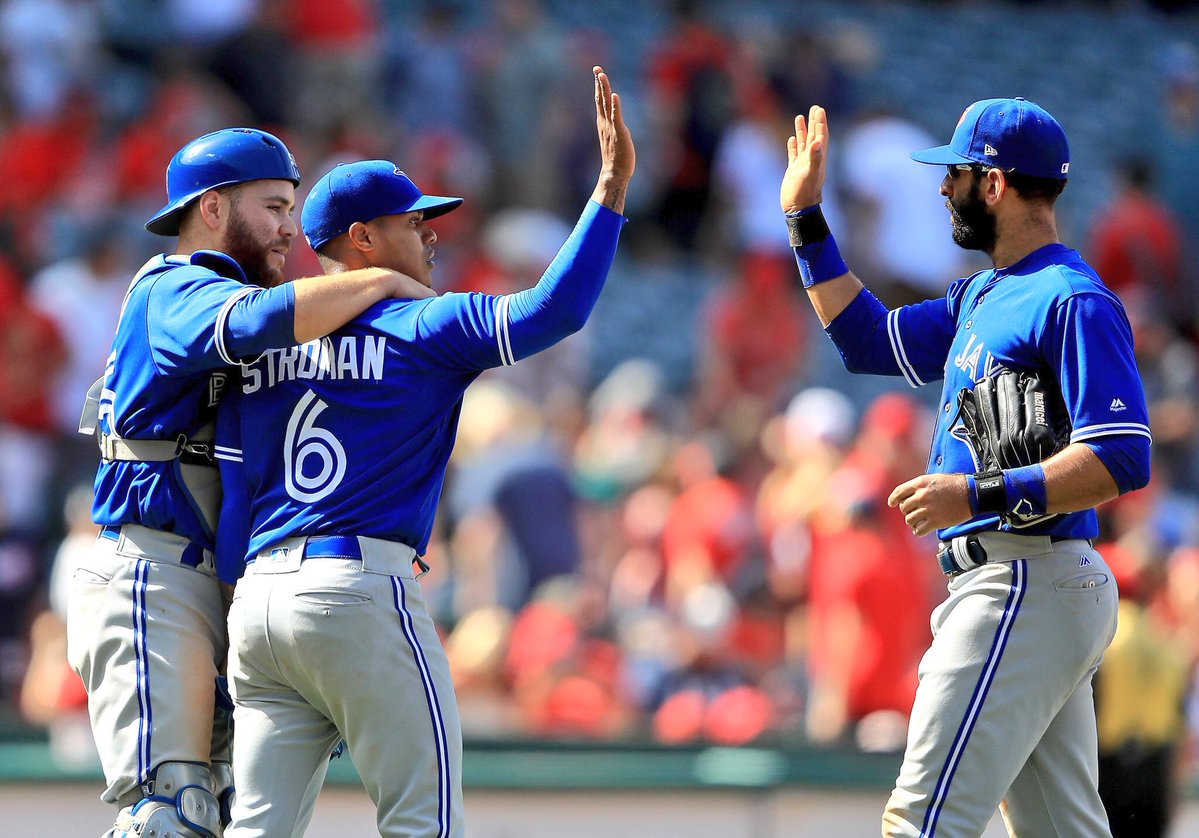 Despite playing for a team I don’t follow or particularly care about, for some reason, Rays shortstop Tim Beckham always draws a disproportionate sense of disappointment from me. He seems to make a regrettable error on the bases or in the field every time I watch Tampa play. A gifted athlete, appearing to be blessed with every tool you’d need to become an MLB star, you could understand why the Rays were excited to see what became of him after selecting him with the first overall pick of the 2008 draft. While his MLB career is still relatively young, he is already 27 years old and wasn’t even supposed to be a starter for the team this season. He is currently just a space holder until injured starter Matt Duffy (whom the Rays acquired from San Francisco last year in exchange for Matt Moore) returns from achilles tendon surgery. In today’s game alone, Beckham failed to advance key baserunners with three consecutive failed bunt attempts, made an unforced throwing error to hand Toronto an unearned run, and bobbled a relay throw with a chance to throw out the go-ahead run at the plate.

Conversely, I always seem pleasantly surprised by players like Kevin Kiermaier. A 31st round pick (941st overall!!) in the 2010 Draft, Keirmaier was a light-hitting, unheralded player who did not even play Division I college baseball. However, he has used all of the strengths he has as a player – peerless centre field defence, speed and general scrappiness – to squeeze every bit out of the metaphorical toothpaste tube that is his baseball career and he has been rewarded nicely. He recently signed a 6 year, $53.5 million contract to stay in Tampa through 2022 and is rightly regarded as the best defensive outfielder in Major League Baseball.

The disparity in my perception of these two Rays players made me wonder if it was actually a disservice to Beckham to be the first overall pick and if being generally ignored and treated like a non-prospect for years actually did Kiermaier a favour. Beckham might have the kind of personality that feels the pressure and scrutiny that comes with being #1, and a responsibility to justify the pick and the $6 million signing bonus that came with it. He might be too keenly aware of perceptions similar to mine from people whose opinion (unlike mine) actually matters. On the other hand, Kiermaier might also be exactly the kind of player whose long road to the majors and non-prospect status were just the incentives he needed to push himself to succeed. In his case, an awareness of others’ expectations might have actually helped him. I wonder if their pro careers (and how their careers are perceived) would be different if their draft positions had been reversed.

Even at the modest level I played at, I know now that, as a young man, I didn’t respond well to pressure and that whenever I felt it, I played poorly because I didn’t want to disappoint people. Hell, I’m in my forties now and I still do it, even in my stupid men’s slo-pitch league. Sensitivity and hyper-awareness can ruin you in a coldly objective, results-oriented business. I don’t know anything about Beckham or his psychological profile, so this is clearly just conjecture from the cheap seats, but it is interesting that most of Beckham’s mistakes seem to be ones where he’s trying to do too much, instead of just letting the game come to him. I’d be willing to bet he was a much different looking (and better) player back in high school, before the draft, when the game might well have just been fun for him and he could relax, enjoy it and let his prodigious gifts guide him. I’d bet sometimes he misses those simpler days, too.

BASKING IN THE GLORY
(after each win, three things that made a difference)

A BIG MOMENT- When Francisco Liriano walked a hitter and then Chris Coghlan booted a would-be double play ground ball to start the sixth inning, shell-shocked Toronto fans immediately got a sinking feeling (again) that their team’s precious 2-1 lead was not going to last much longer. The Blue Jays have found so many heart-wrenching ways to lose games that this seemed (8 blown saves – already!!) like another gut punch just waiting to happen. Joe Biagini wasn’t having any of it. He came into the game in relief of Liriano (who was dodgy again tonight) and promptly retired the next three batters with two K’s and a harmless ground out to keep the Jays in the lead and save the Rogers Centre ushers from having to put on their riot gear.

A BIG PLAY- In the half inning after Biagini’s heroics, Justin Smoak actually allowed everyone in attendance to even exhale a little bit by launching a mammoth two-run home run to dead centre field and give the Blue Jays a 4-1 lead. It was his third hit of the day and the much-maligned first baseman was easily Toronto’s best hitter today. Of course 6 of the 9 Jays hitters didn’t even get one hit today, so that’s somewhat like being called the best player on Paraguay’s national ice hockey team, but let’s not quibble – Smoak had a very good day at the dish today.

AND A LITTLE THING- Its strange but if Rays starter Matt Andriese had not thrown his curveball for strikes in the fourth inning, he probably escapes it without any damage. With two strikes on Justin Smoak, Tampa catcher Jesus Sucre called for a curveball and clearly indicated he wanted it buried in the dirt, thinking Smoak would chase it for strike three, as he’s been known to do. He left it up, however, throwing it for a strike and Smoak singled through the shift to right field. Two pitches later, with an 0-2 count on Russell Martin, he hung another breaking ball that Martin lashed into right centre field for a double, allowing Smoak to lumber home for the second (and ultimately game-winning) run. Sometimes throwing a bad pitch in a key situation where you need it is more difficult than you’d think.

Nice to see Roberto Osuna get the fastball up to 96 MPH a couple of times today. (Not blowing the save was nice, too, even though he’s still missing his spots.)

Platinum Glove winner Kiermaier’s first inning throw home to get Kendrys Morales attempting to score from second on a Smoak single was pretty good, but Morales might be the only MLB player he could have thrown out. Morales’ lack of foot speed is almost hypnotic – it seems to defy the laws of physics. Kiermaier had to go way to his left to get Smoak’s slow roller up the middle and then made a throw that was up the line but Kendrys was still out by a few feet. On the broadcast, the camera showed Morales rounding third before Kiermaier had picked up the ball, then it showed Kiermaier picking up the ball and letting go of the throw, then it went back to Morales, who was somehow…still rounding third. Outfield assists where he gets thrown out should really only count as 1/2 of an assist (or even 1/4). He may set a franchise record this year for the most doubles stretched into a single in a season.