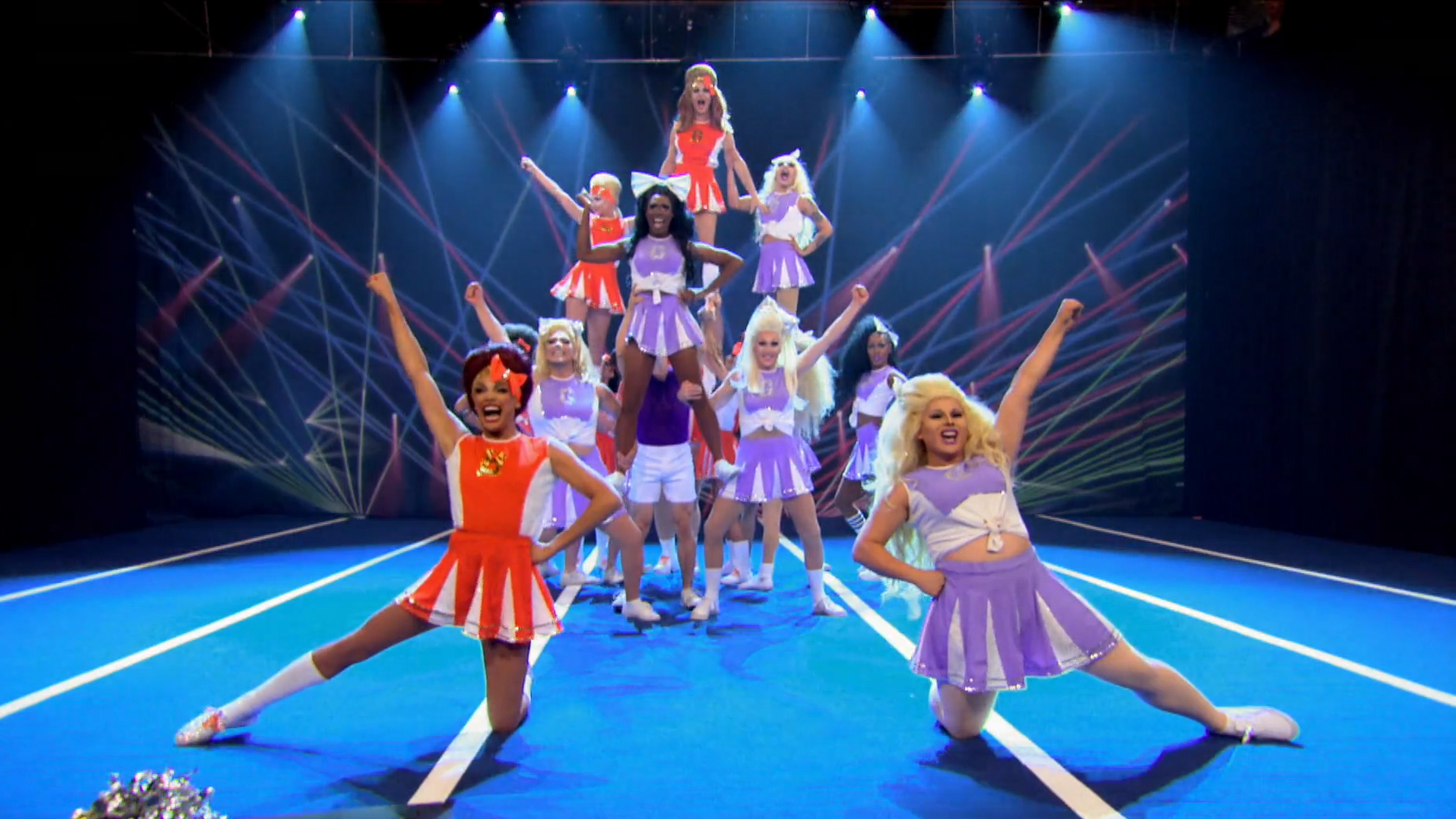 Who’s that rolling into the competition as the 14th contestant of Season 9? After the season premiere’s cliffhanger ending, episode 2 let the cat out of the bag. It’s time to be cuckoo for cucu again. Last seen when eliminated after Season 8’s battle of the runway rollergirls, Cynthia Lee Fontaine made her return to the race. Yes, Robbie Turner used her skating skills to her advantage, but I’ve had a soft spot for that loca vibe since Nina Flowers served it up in Season One, so I’m very happy to see Cynthia back.

Beyond that amazing energy, Cynthia will be easy to root for based on the fact that, since her Season 8 elimination, she was diagnosed with and made a full recovery from liver cancer. There are just so many feel-good moments so far this season and no real rivalries… yet. It’s not entirely RuPaul’s Best Friend Race, but the early impressions of drag queen solidarity and mutual respect are still strong. It’s great to have that sort of uplifting viewing on a Friday when you might need some cheering up after a long week.

Speaking of lifting and cheering, the pom poms were out this week as the contestants brought it all on – chants, cartwheels, and feats of strength and balance. On the second episode of Untucked, the queens judged safe called it the most physical challenge to-date. Seeing their choreography in action, it was hard to disagree. I feel like it’s always tricky to get a real sense of the competition at this stage, but it’s also been especially rare for any past queens to really stick out in large, broad group numbers.

In reality TV, so much comes down to editing, though, and emphasis through the first two episodes has been on weaknesses more than strengths. Probably because it’s hard to really get to know that many personalities in two hours minus commercials. And, let’s face it, it was hard to not be eclipsed by Lady Gaga in the premiere. While Ru has yet to chide the queens for being safe during judging, the bar has been raised again this season and, to me, no one’s sticking out as a major contender. That said, the first elimination was really no surprise. You could see it coming in the first episode and blood was in the water during cheer team selections with Jaymes Mansfield being marked as an underdog. And, from that point, she did nothing to prove anyone wrong.

The episode’s edit was also unflattering to Kimora Blac who was set up to be this season’s least capable at a sewing machine, despite having a decade of drag experience. I’m inclined to have higher hopes for the fun-loving fishiness of her Vegas sister, Farrah Moan. But what do I know? I was never won over by the personalities of Tyra Sanchez or Raja.

The week’s runway category was White Party Realness. I think the beauty of it was the simplicity of the criteria – a level playing field from which the queens had the ability to actually stand out. For instance, it was great to see Sasha Velour on the runway with hair for the first time. And I’ll admit I know nothing about White Parties beyond what Google told me, but I feel like Valentina’s wedding dress was an odd choice. I’m a fan of her quirks and her personality and I’m definitely not counting her out despite her relative lack of experience (only ten months of doing drag?!?!), but despite loving her cheerleader enthusiasm I would’ve picked Shea Couleé as the week’s winner for checking all the required boxes. No nude shoes, no saccharine stories about her parents – just in it to win it.

It’s early days. There definitely needs to be some trimming before the contestants reach the first turn and change gears (I was half-expecting a double elimination after that yawn-worthy lip sync). I’m counting down to episode three, but it’s gonna take more than cheerleading, white frocks, and the B-52s to rock my lobster.