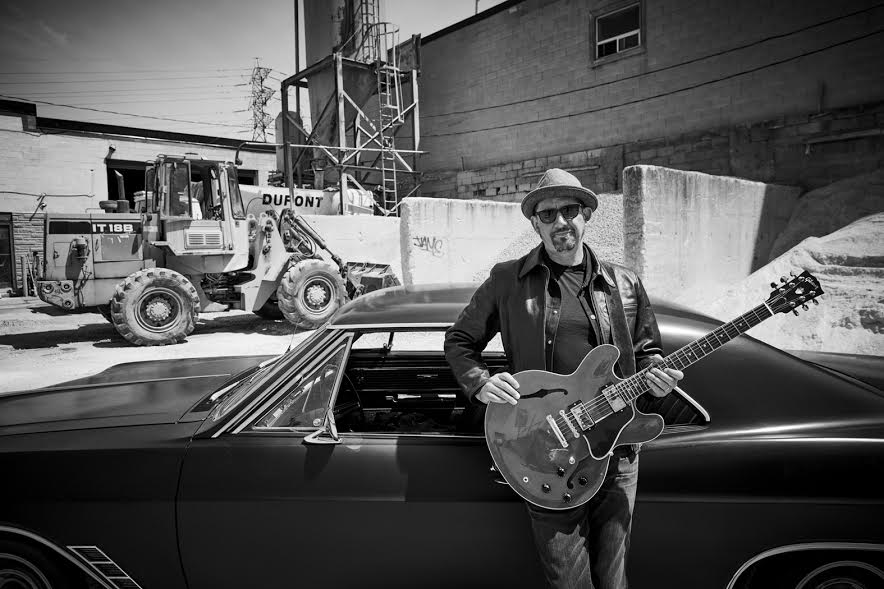 You could say that Canadian blues guitarist, singer and composer Steve Strongman is mid-career. “This is my sixth release. I’m certainly not a beginner,” he chuckles. His latest- “No Time Like Now”- is available March 10th.

Steve’s fourth release, 2012’s release “A Natural Fact” proved to be his breakout hit, garnering a 2013 JUNO Award for Blues Recording of the Year. He followed it up in 2014 with “Let Me Prove It To You”. That release netted him three Maple Blues Awards nominations, and another JUNO nomination for Blues Album of the Year. Both successes revolved around an acoustic blues sound.

“I wanted to do something different with this album. I wanted to knock down the barriers,” he says. The new release takes a fresh look on the blues, this time electric style. “To me, blues is so huge, it’s a big canvas.”

The electric sound may represent a different direction in his career, but the roots of it go back to his very first influences in music. Steve first fell in love with the blues by listening to classic rock bands – it’s certainly no secret that The Rolling Stones, Led Zeppelin and many others took their inspiration from the pioneering blues players of the day. Once he got hooked, though, the blues became a sound he’s made his signature. Strongman has played major blues festivals around the world, including Brazil, Mexico and Memphis,TN. He’s opened for many of the genre’s legends, including B.B. King, Johnny Winter and Buddy Guy.

Still, it can’t be so easy to survive as a blues artist in the pre-fab pop world of the 21st century. “To be honest, it’s difficult,” he says. “Commercially, it seems limited.” Live music is his passion, and what has kept him in the public eye. “Live performance is the cornerstone of what I do.” Despite the awards and the successes, he keeps it focused on the music. “I never approach writing saying, ‘I really want to get on the radio’.”

The new release features a raft of variations on the blues theme, including the upbeat, party music vibe of the title track, to the swampy groove of “Money in the Bank” and the gospel-tinged “Love Love Love”. One of the album’s surprises is a cover of Bachman-Turner Overdrive’s seminal hit, “You Ain’t Seen Nothing Yet” that not only had Randy Bachman’s blessing – the rock legend plays guitar on the track too.

“I opened for Randy about 20 years ago,” Steve recalls, “and we remained friends.” When Steve thought about doing a cover track, he naturally turned to an old favourite, a song he’d always loved and one that goes back to his early attraction for classic rock. Strongman’s version of the Canrock classic takes a different approach than the straight ahead rock of the original, but it’s true to the essence of the song. Randy invited him up on stage to play it with his band at an appearance at the CNE in Toronto, lending his stamp of approval to the cover version.

Steve says the guitars on the album were recorded in the basement, which gives the tracks a gritty, textured sound. He’s joined on the album by Dave King and Adam Warner on drums, Rob Szabo and Alec Fraser on bass, and Jesse O’Brien on keyboards. Steve is currently touring in support of the upcoming release through Ontario and Western Canada, with new dates being added as he goes along. Summer brings festival season, and then he’s looking to do some European dates in the fall.