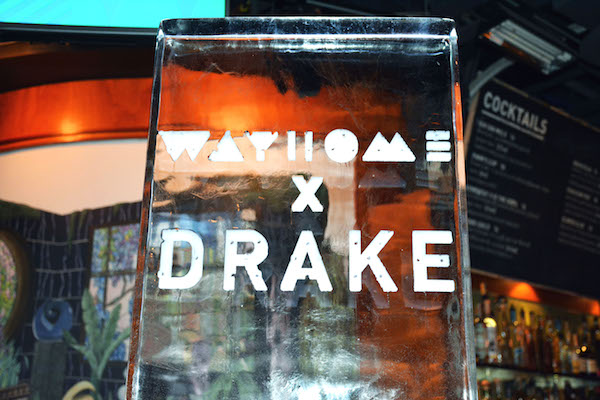 The Drake Counts Down to WayHome 2016

The Drake Hotel recently hosted a nightclub bash to kick off the countdown to WayHome 2016, a three day music and arts extravaganza held in cottage country July 22-24. This is the second year for WayHome, which was launched in 2015 by Canadian producer/promoter Republic Live – already responsible for the successful country-themed Boots & Hearts Festival – in conjunction with AC Entertainment, co-producer of the Bonnaroo festival.

They conceived of a destination festival on a large scale along the lines of Bonnaroo or Coachella. There was the longstanding Hillside Festival in Guelph, but until WayHome, no multi-day music/camping in the great outdoors kind of event in the Toronto/GTA music market.

The people at Republic et al know how to put on a good party. The ultra chic rooftop lounge at Toronto’s Drake Hotel – who will be running the WayHome V.I.P. area – was packed with a crowd enjoying complementary cocktails and noshing to the throbbing beats of a DJ. Downstairs, another DJ spun the tunes while the crowd made short work of the buffet, including a whole suckling pig that sprawled its roasted self across the middle of the table. The sampling of what will be stocked in the V.I.P. area courtesy of Drake’s Corporate Executive Chef Ted Corrado was a trendy and flavourful – especially if you didn’t mind seeing where the pork was pulled from, (and to be honest, not many did).

The WayHome festival offers three days of camping, music and visual arts at Burl’s Creek Event Grounds in pastoral Oro-Medonte, a township that extends from the north shore of Lake Simcoe up into Ontario’s cottage country. According to the website’s manifesto:

This is not the music festival you think it is. We are about what happens when different and interesting people come together. We are making this about music, food, art and film. And we’re making it a place for people who love one or all of those things to come together to make a kaleidoscope of sound, smell, colour, and spectacle.

The organizers have set an ambitious goal and have to be credited with living up to their word in offering a diverse line-up full of high profile acts with an eclectic musical aesthetic. The artists come from various corners of the music world, from alt-pop-rock success stories such as Arcade Fire, The Killers, Metric and the Arkells to world music giants Femi Kuti & The Positive Force, (hailing from Nigeria,) and Bombino, (from Niger). There are indie favourites like Unknown Mortal Orchestra and glam rockers The Struts. Dance music fans will be pleased by selections like Shad, Major Lazer and First Nations hip hop stars A Tribe Called Red.

River Tiber is one of the main stage artists on the bill and he was on hand at the Drake to give the crowd of V.I.P. and weekend pass holders, several photographers and writers like me a taste of his new album. Armed with only a laptop, mic and guitar, he can produce a mesmerizing wall of sound. His eponymous album is set for release on June 24, 2016 on his own label and continues along the lines he’s established of using electronics to enhance an expressive, romantic voice and harmonic structure with a fresh and very contemporary sonic sensibility.

Visual art is an important component of the festival too and the preview party gave the crowd a taste of what will come in July in the work of video artist Alex McLeod. His video projections turned the Drake’s glass front into a shifting, moving series of images on a translucent screen. Alex’s work creates intricate, surreal worlds in his pieces and for this screening, the palette stayed between white, grey and taupe, adding to the ghostly effect. Snow morphed into water droplets, abstract shapes and stylized forms drift across the screen in a hypnotizing dance. His work is fascinating and creates a multi-dimensional experience with the music.

Paying attention to the concert goer’s experience and enhancing it with more to see and do is a productive strategy. A successful second year should see WayHome well on the road to becoming a major player on the summer festival circuit in North America.