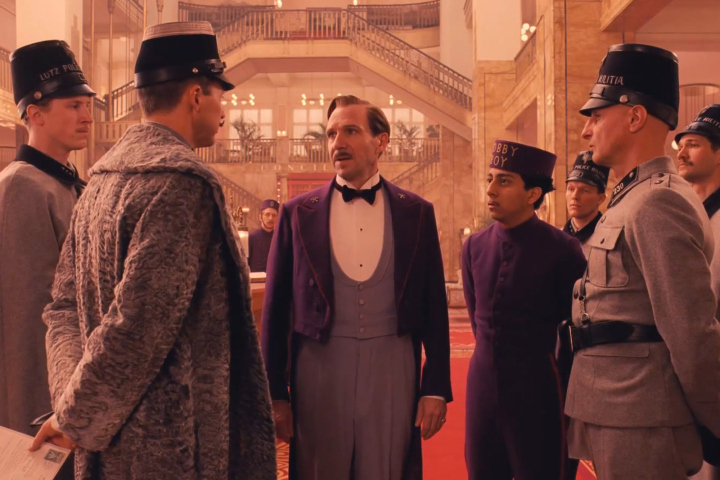 Many journalists are saying that the BAFTA Awards- the British version of the Academy Awards- do not matter as much, because Oscar voting ended yesterday, but last year they showed certain trends, and there were also things they missed. There is no perfect barometer for predicting the Oscar nominations since the timeline of rubber-stamping has changed, but let’s look at the big categories and their nominees.

All five of these films are going to be Best Picture nominees, while many under estimated The Grand Budapest Hotel throughout award season; it garnered the most nominations today with 11. The Theory of Everything and Birdman were not far behind. Last year all five films were nominated, Philomena surged into the race last minute.

BAFTA obviously love to honor British films, and I think the British film they liked the most was Theory, as many have cited its truly uplifting spirit helps.

Gone Girl, which only got two nominations, Best Actress for Rosamund Pike, and Best Adapted Screenplay. Selma was completely shut out, but I doubt the film made it to the UK, if it barely made it to the PGA. Mr. Turner, which is a British film did not even get nominated in Outstanding British film, while many predicted it to be a Best Film nominee, it did show up in some technical categories.

I think Gone Girl, and Selma will make the cut for Bets Picture still but, if you predicted Mr. Turner, move it out.

Chazelle’s nomination is the most important here, proving it was probably on the cusp of a Best Film nomination. Whiplash scored a lot of nominations, and I think this nomination in particular proves Whiplash is not only a lock for a Best Picture nomination, but Chazelle could be a surprise nominee.

James Marsh made it in over Morten Tyldum, that’s something to pay attention to! While Imitation Game scored big, Tyldum has yet to score a major nomination, whether that is at the Globes, the BFCA, or here.

Last year the line-up matched up 4 for 5, Paul Greengrass (who is English) was nominated for Captain Phillips, while Alexander Payne was nominated for the Oscar for Nebraska. This was a hard a snub to predict, Phillips seemed like a sure thing, but it was snubbed in both Director and Actor last year.

Missing from the Line-Up

The biggest names are David Fincher, and Ava DuVerney. Fincher has clout, and I am fairly certain Gone Girl will be a Best Picture nominee, but something tells me he may get snubbed again for this film in place of the likes of Chazelle. I think DuVerney will sneak in at the Oscars, although in this crowded field she may be ignored for someone else.

People, who do not have Jake Gyllenhaal in their predictions, should probably reconsider. This was the category that helped proved Christian Bale was a viable option for American Hustle last year. Nightcrawler did very well at BAFTA too, scoring nominations in Supporting Actress (more on that in a minute), Best Editing, and Best Original Screenplay, four big nominations.

The other dark horse contender here is Ralph Fiennes, although he seems to have been swept up in the Budapest/Brit love fest. I think Fiennes could easily be a spoiler for a nomination; it just depends on whether the Academy likes this film as much as the BAFTAS did.

David Oyelowo from Selma, but I will not delve further into understanding what happened here, and Timothy Spall for Mr. Turner. Spall’s snub is surprising, considering Mr. Turner got several technical nominations. I think his snub here is proof that his status as an Oscar contender has gone down.

Did you really think Aniston was going to score a nomination here? I think her inclusion for a film no one saw, except for some critics, is a joke.

I would prefer this be the line-up or Marion Cotillard being included for one of her two great performances, The Immigrant, is the one I have seen, but it could be Two Days, One Night too.

Look for Aniston to replace Adams next Thursday.

Carell is a surprise category switch; although he does give a lead performance, he has replaced the rubber-stamping of legend Robert DuVall for The Judge.

I am going to stick with DuVall to replace Carell, although part of me thinks the they could push Tom Wilkinson in here over to “make-up” for the LBJ “controversy” with Selma.

Arquette, Stone, and Knightly are locks. Staunton is there because the Brits like to recognize their own, and this was a way to honor that film in a major category.

The big news, watch out for Rene Russo. Nightcrawler has been gaining momentum, and Russo’s performance is fantastic; she could go along with all the love and score a nomination. I was going to bump Stone for her, but I may bump Chastain.

Speaking of bumping Chastain, Jessica Chastain was snubbed for her role in A Most Violent Year. I have a feeling BAFTA either did not get this film, or just did not get the point, both could be true, Chastain’s late surge for this film could be futile.

The other big name, in fact the biggest name missing from this list was Meryl Streep for Into the Woods. Woods got several nominations elsewhere so they saw it. Streep was also snubbed for August: Osage County at BAFTA last year. BAFTA does not rubber stamp her the way they do their dames. Is Streep vulnerable at Oscar, probably not going to happen.

At the end of the day I am happy The Grand Budapest Hotel leads the nominations, and even happier Under the Skin got a score nomination. It will be interesting to see how these nominees impact the Oscar nominees, or if they cloud the system even further.