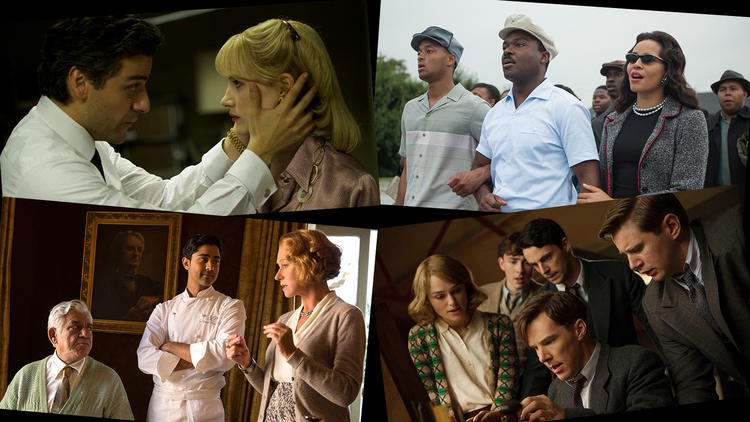 It was the snub heard round the world. Angelina Jolie was not nominated for a single Golden Globe yesterday. Jolie was a contender for Producer/ Director on Unbroken, and in the Lead Actress in Comedy/Musical for Maleficent; she did not reap a single nomination. It will be hard for this film to rebound from this, not many films can rebound after this point, Extremely Loud and Incredibly Close is one of the only few films that has come back from this point in recent years. With that said it’s still early, and this season has gotten pretty interesting.

Birdman lead the nominations at Golden Globes, on the film side with 7, including Best Comedy/Musical, Best Director, Best Screenplay, Best Score, and three acting nominations for Michael Keaton, Edward Norton, and Emma Stone.

Boyhood and The Imitation Game have the most nominations in the Drama categories, with 5 each. To be fair Selma, and The Theory of Everything, the other Best Drama nominees, are not far behind, they each have four nominations, and Foxcatcher has 3 nominations.

Gone Girl, which was not nominated for Best Drama, also did well, scoring 4 nominations, including Best Director, Best Actress for Rosamund Pike, Best Score, and Best Screenplay. Gillian Flynn is the only female nominee in the screenplay category.

Speaking of female nominees, Ava DuVerney is the only female nominated for Best Director (Selma); she is also the first black female director to be nominated at the Golden Globes.

Overall the film nominees were pretty solid, Jennifer Aniston and Jake Gyllenhaal getting nominations from this group and SAG means a lot! Interstellar only getting one nomination is a big deal too. This year seems to be about personal stories, and I can respect that. Excited to see how this translates into Oscar, and who makes the cut in the lead categories, and Picture.

Best Performance by an Actress in a Supporting Role in a Motion Picture
Patricia Arquette, “Boyhood”
Jessica Chastain, “A Most Violent Year”
Keira Knightley, “The Imitation Game”
Emma Stone, “Birdman”
Meryl Streep, “Into the Woods”