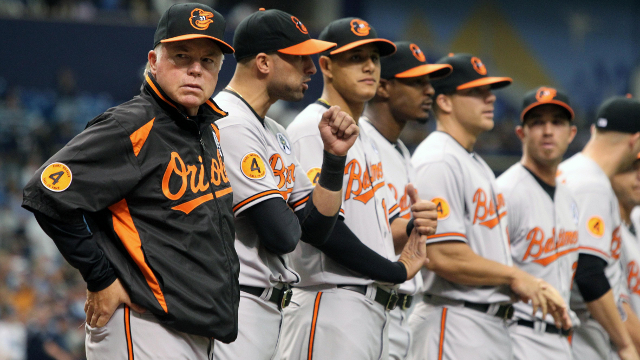 MLB in Review: The American League

As the ground becomes littered with red and orange leaves, football and hockey begin to dominate the barstool conversations. Blood starts to pump, debates rage about whether Shanahan has what it takes or whether Eli Manning will live up to the family reputation, fans become amped for the start of a new season. The leaves changing also marks the end of the regular MLB season but baseball is not out of the picture quite yet. The 2014 MLB World Series kicked off at the end of September with Kansas City facing off with Oakland. With the postseason commanding attention, let’s take a look at some of the exciting results and stories from the regular season.

American League East
The ALE was riddled with comebacks and collapses during the season. Baltimore Orioles finished on top with 96­-66, 12 games ahead of the New York Yankees.

The Yankees, who are 2nd in the ALE with a standing of 84­-78, made headlines this summer with the retirement of their captain, Derek Jeter. The shortstop finished off a notable 20­-year career with New York but his team drew criticism for one of their worst seasons in history.

Only one game behind NY and very familiar with the criticism that the American team faced was the Toronto Blue Jays. Toronto had a roller coaster of a season, at one point having an 86% chance of making it into the postseason, only to drop the ball after the All­-Star game. Injuries, along with a lack of depth on the bench were among the top issues for the Jays this season. Despite leading the ALE and holding the top wild card spot at the beginning of the season, Toronto only finished third in their division, 83- ­79, 13 games behind the Orioles. Their collapse was notable due to the excitement and high that they started their season off with. However, their performance this year lends to optimism for 2015, as Toronto has not seen that level of success in quite some time.

While Toronto went home to bittersweet fans, the Boston Red Sox fans were left dismayed as they placed fifth in the eastern division. Boston’s season was less than adequate despite being World Champions in 2013. They painfully trailed 6 games behind fourth placed Tampa Bay as summer came to a close.

The ALE was an exciting division to watch this year as teams took their fans on an emotional ride of success and dismay.

American League Central
While the Orioles rounded up the ALE a full stretch above the Yankees, the AL Central division was a closer race. The Detroit Tigers came first with a standing of 90- ­72.

However, Kansas City stayed in their shadows as they ended their season only one game behind Detroit. The Royals entered the postseason for the first time in 29 years, winning their wildcard game against the Oakland Athletics 9­- 8 then going on to sweep the Angels in the ALDS.

Cleveland was four games behind the Royals with 85- ­77, with critics berating their defense, a weakness that has long been pointed out by fans and players alike.

There was a significant leap in the ALC standings as the White Sox finished a full 17 games behind Detroit. However, the trade prospects for Chicago and the financial flexibility (90-­120 million dollar payroll) garners hope for their next season.

The Minnesota Twins, 70-­92, ended up 5th in the standings. Their year ended with the firing of manager Ron Gardenhire, whose 13- year tenure with the Twins was one of the longest active contracts in MLB.

The AL Central division ended just as it started with the Detroit Tigers taking home the title for the fourth year in a row.

American League West
The AL West saw the Los Angeles Angels clinch the title 98-­64 and enter the postseason only to lose to the Royals. Despite being knocked out of the playoffs, the Angels had an incredibly successful season with 773 runs.

The Oakland Athletics, 88­-74, trailed behind LA by 10 games. Oakland, similar to LA, was also swept out of the postseason by Kansas City. However, the Athletics’ year is notable due to the fumble of what could have been a historic season. Before the All­-Star game the A’s led the majors with 59 wins, they were first in walks, second standing in runs scored and, at one point in the season, they were graced with 100% probability of making it into the postseason. They did. Only to dramatically come crashing back down as poor batting, .222/.300 .344 followed them from August to September and virtually every part of the team suffered.

The Seattle Mariners also saw defeat at the end of the season as they finished third in the standings 87­-75, 11 games behind LA.

The Houston Astros ranked fourth with the worst bullpen ERA with a .497 while being trailed by the Texas Rangers who finished off the AL West Division in 5th place, a disappointing 31 games behind the division champions.

The 2014 MLB season was filled with dismay, hope and determination. In the end, only ten teams made it into the postseason: The Kansas City Royals, Detroit Tigers, Baltimore Orioles, Los Angeles Angels, Oakland Athletics, Washington Nationals, Los Angeles Dodgers, St. Louis Cardinals, Pittsburgh Pirates and the San Francisco Giants. The MLB playoffs kicked off with an incredible start of defeats, extra inning games and surprising wins. The first week saw the Royals make an unbelievable comeback to defeat Oakland in the AL Wild Card Game, while the Tigers’ weak bullpen resulted in a painful 12­-3 loss to the Orioles. Heading into the Championship Series, we’ll see two unexpected winners battle it out for the AL pennant, the Baltimore Orioles vs. The Kansas City Royals. With the tension and adrenaline at an all time high, the 2014 postseason is definitely something to keep an eye on.