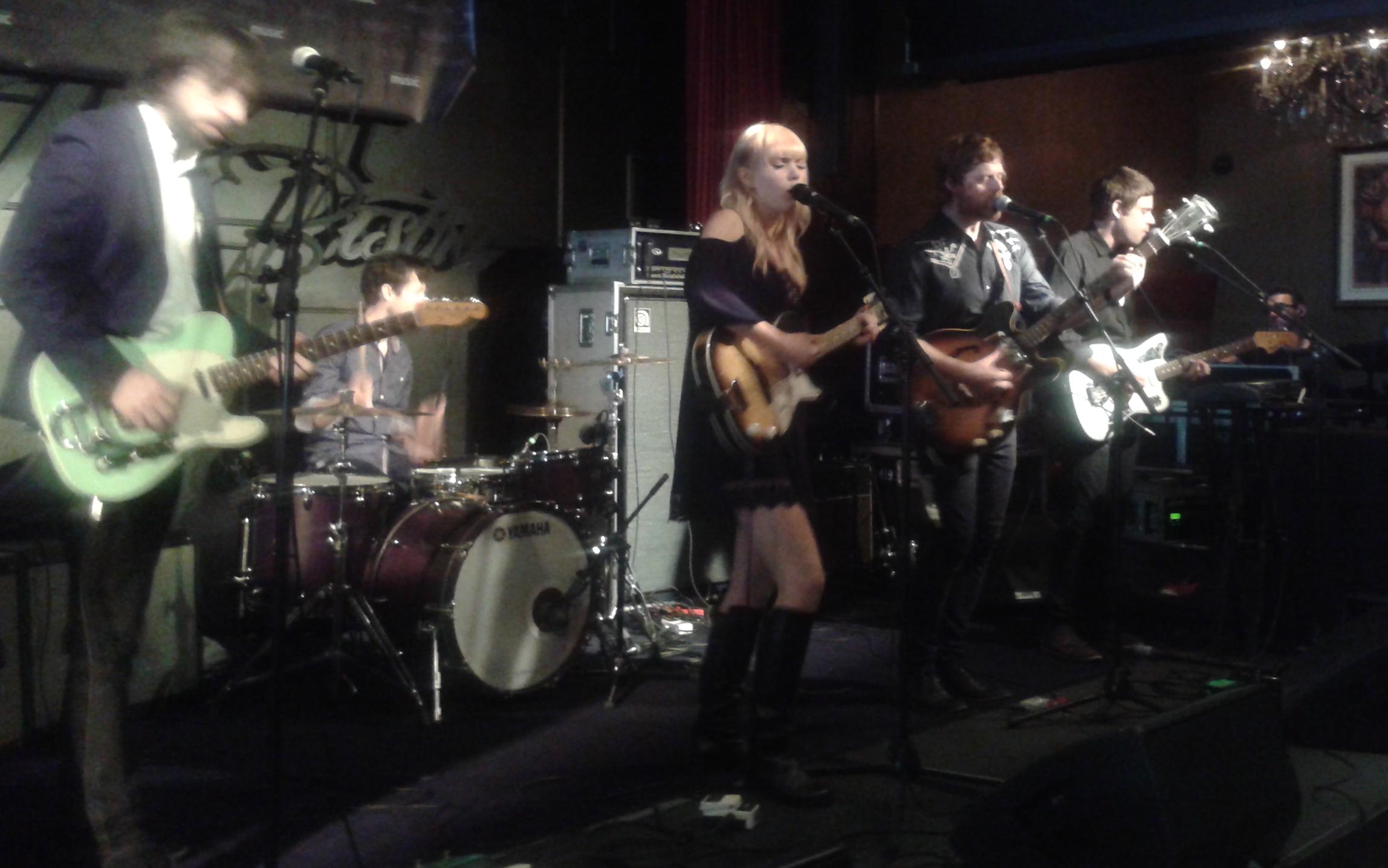 In the middle of film-fest-mad Toronto, the Canadian Music Café is a chic oasis at the Jazz Bistro on Victoria Street. Amidst twinkling ruby crystal chandeliers, red velvet curtains and even red trim on the Steinway, Canadian talent was there to sing for industry types in what comes as the perfect break from the street over two afternoons.

Artists were an impressive range of young talent, including country/roots singer-songwriter Spencer Burton. Even with a cowboy hat and a trembling a cappella for an opening, country’s come into the 21st century with a fine sense of post-modern irony that goes with its storytelling roots.

There’s nobody like you
I just don’t love you, that’s all…

“Most of these are going to be fairly sad…” he deadpanned with a wry, self-deprecating sense of humour that comes out in between song patter. Spencer has the perfect voice for the idiom – smooth and country nimble – and a fondness for country waltzes that showcase his vocal versatility.

The audience is sprinkled with local actors and musicians along with music industry types like the rep from Much Music among others, including American interests – all of whom take up the only seating directly in front of the stage. It could be a nerve wracking situation but the atmosphere seems pretty laid back all the same.

“It’s not often you get a kind crowd,” Spencer remarks, noting the usual preponderance of jaded industry types at similar events. The showcase came as a pleasant surprise. “I was asked to play and I was really excited. I always wanted to be a part of TIFF,” he says.

Spencer echoes what I hear the others talking about – the buzz, being part of the Festival and its flow of the business that is as much a part of TIFF as are the performances . Film deals are going down all over the place and the town is chock full of creative business types right now.

Kandle is next up, an up and coming singer with an atmospheric, melodic rock sound driven by her strong, clear vocals. Sam Goldberg, Jr. from Broken Social Scene is the guitarist in her band and collaborator on her EP and not the only veteran of Toronto’s music scene in the house. The music is best described as a kind of throwback to 1970’s harmonic rock – bluesy, jazzy, melodramatic. The kind that might have been inspired by Jefferson Airplane and similar bands (sartorially as well as stylistically).

The cameras are flashing and the music industry types are taking notes. Will she be a big hit – maybe the next breakout star?

The Canadian Music Café is a joint initiative produced by the Canadian Independent Music Association (CIMA) and the Canadian Music Publishers Association (CMPA), and made possible with the support of the Ontario Media Development Corporation (OMDC). This is its sixth year and its impressive list of alumnae includes City and Colour, Martha Wainwright, Royal Wood, Chantal Kreviazuk, Buck 65, The Trews, Lindi Ortega and Arkells.

The Jazz Bistro’s stellar sound system also has to take a bow for the afternoon’s success – along with the sophisticated ambience. We’re all noshing on those little grilled cheese thingies they have everywhere now (sliders are so yesterday dahlings – and kale tarts – can we not keep healthy food out of this??) and drinking the comp wine and beer as the acts come and go.

Another band takes the stage – this one from Montreal. The Franklin Electric launch into their version of straight ahead pop rock with an alt edge thrown into the mix– nice vocals and clever lyrics… hoping for that seated front row to smile and take notes…