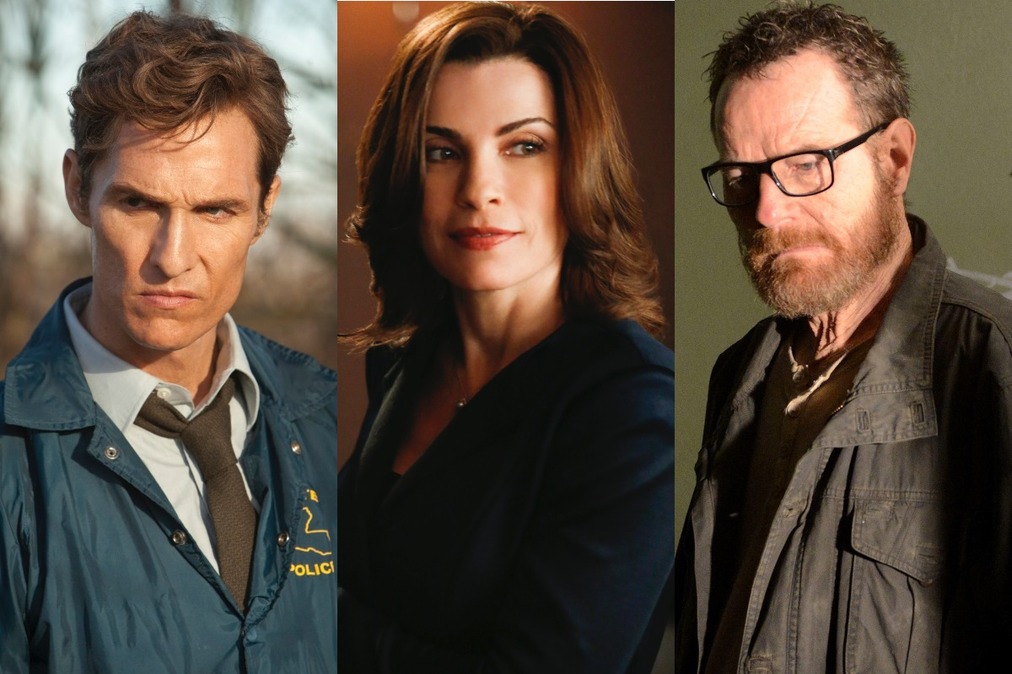 So will/should win at the Emmy Awards in the drama categories this year? If you are trying to win your office pool, you should know that every show competing in drama series submits 6 episodes, or if there is a two hour episode, that counts as one on a tape. Each actor submits one episode, hopefully their best work.

I do not think the tapes matter as much in the series categories, but if you look at the acting wins last year, panels were swayed by the tapes. Jeff Daniels submitted the Pilot for The Newsroom, and it’s hard to ignore that big speech. Bobby Cannavale also had a big speech in Boardwalk Empire, which helped win Supporting Actor, which helped him win. I predicted Cannavale’s win last year and had Daniels in second place. Will history repeat itself or will buzz trump tapes?

Analysis: Game of Thrones has the most nominations, with 19, True Detective has the first season buzz, but can anyone deny that the last season of Breaking Bad was a Shakespearian masterpiece?

New shows tend to do better than shows in there last season, very few shows have won this way, The Sopranos is the most recent example of winning its last season, and off the top of my head I cannot think of any other show. Will this hurt Bad? Probably not, but never underestimate HBO and True Detective. I do think Detective will win a trophy, but I think the Emmy Awards will hold back on giving it the top honor, with no news on season 2.

Robin Wright won the Golden Globe, and she had a sure fire winning tape where she talked about having an abortion on air, but she did not submit that episode, instead she submitted the season finale, which is a clunker for her.

Based on tapes alone this is between Danes (this would be her third win), and Julianna Margulies (her second for this show). Homeland almost dropped off the radar of Emmy voters completely for its third season, this could hurt her chances. Margulies was snubbed in this category last year, but the show had such critical praise, a Margulies win could be the way they honor the show.

Watch out for Lizzy Caplan, she is the “apple in a bag of oranges.” What does this mean? If you watch Caplan’s tape she presents something very different from the rest, and is a serious contender.

This is probably the most impressive line-up I have ever seen for Best Actor in a Drama. The front runners for this category are this past year’s Oscar winner for Lead Actor (McConaughey) vs. Lead Actor in a Play at the Tony Awards (Cranston).

My person preference here is Cranston, his tape Ozymandias, is probably one of the best television episodes of all time, and his performance is undeniably fantastic. McConaughey is equally impressive in his tape, and this will probably be where the Emmy Awards honor Detective. This is where buzz and clout could aid in episode selection, pushing McConaughey to the podium. If I were picking a TD actor, I would pick Harrelson over McConaughey, but that’s my preference. Never underestimate Spacey, that final scene in his episode is just fantastic.

This category is a bit easier to predict, Gunn is even better in her submission than she was last, and she won then. Gunn will most likely repeat her win. The only person to watch out for is Joanne Froggat, her rape storyline was intense, but I think it would have been better for her to submit an episode where she was coping with the aftermath.

While Lead Actor is tough to predict, this is probably the toughest one to predict because there legitimately four contenders on equal foot, with excellent episodes.

Carter is in fourth for me, he has been nominated for this role every year, and he finally has a tape that could get him more votes than ever before.

Peter Dinklage has been in first for a long time for me, but I am moving him down to third, his speech in the end of the episode is impressive, and I think they may want to reward Thrones somewhere, but can he win again?

I think this race is between Aaron Paul and Josh Charles. Paul has won this category twice, and his episode is excellent. Charles is just fantastic in his tape, and shows all levels of range, which is why I am pushing him to front today. Ask me tomorrow and I may change my mind, but right now Charles is going to squeak this one out.