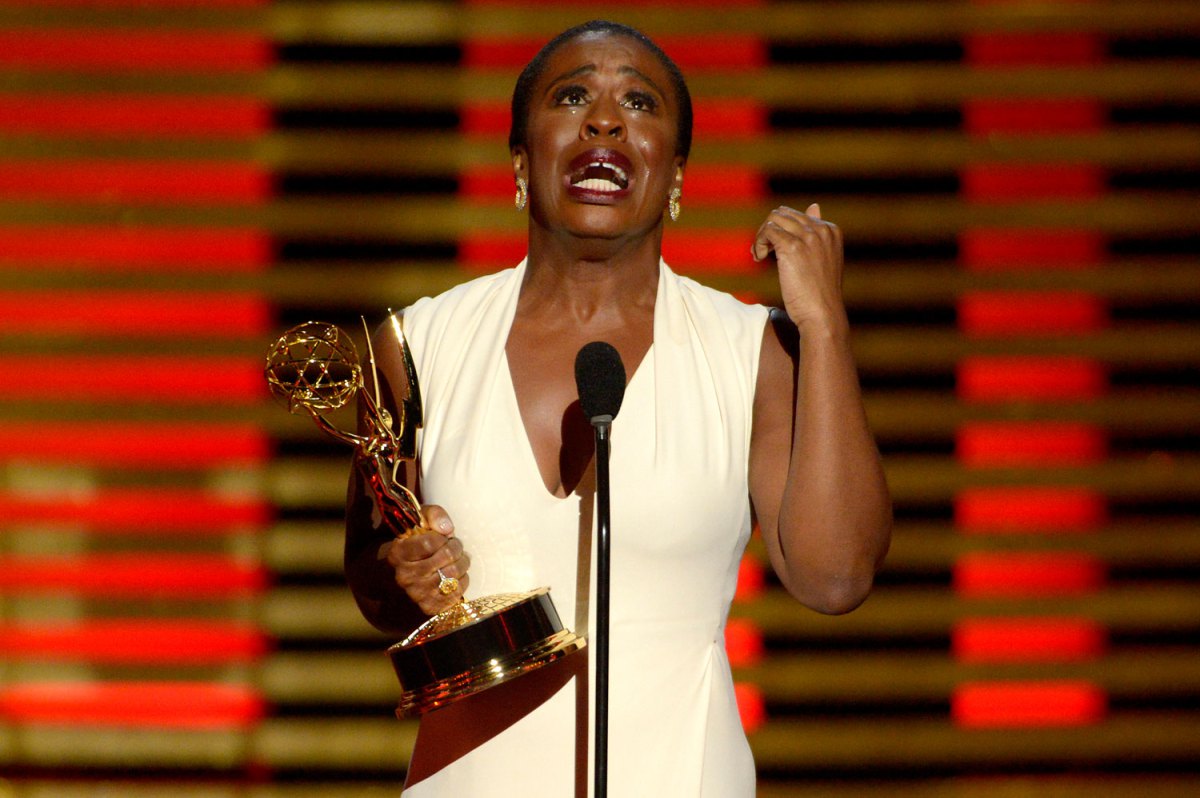 On Saturday August 16th, 2014 the National Academy of Television Arts and Sciences (NATAS) handed out 80 trophies for Creative Arts Primetime Emmy Awards.  The number of categories actually increased by five this year, which is almost unfathomable, this award body may rival the Grammy Awards soon.  Most of the awards passed out involved things like casting, cinematography, or picture editing.  The big winners of the evening were Saturday Night Live (5 wins), True Detective (4 wins), Game of Thrones (3 wins), Orange is the New Black (3 wins), and Sherlock: His Last Vow (5 wins).

While most of the winners announced were behind the scenes categories, there were also categories presented which included guest performances, and voice work on animated series.

Outstanding Guest Actor in a Comedy Series went to Jimmy Fallon for Hosting Saturday Night Live, Fallon is the sixth person to be honored for this work on Saturday Night Live.  One of the three prizes Orange is the New Black won included Uzo Aduba who won for Guest Actress in a Comedy Series.  Aduba is considered a guest performer because her name does not appear in the opening credits for season one.

Allison Janney and Joe Morton won Guest Actress and Guest Actor in a Drama Series for their work because they are not listed in the opening credits either.  Janney’s arc on Masters of Sex was one of the most talked about performances of the year.  Morton won playing Papa Pope on Scandal, Scandal’s Dan Bucatinsky won this category last year, never underestimate Shonda Rhimes actors in these categories.

One of the biggest milestones of the night is that bridesmaids finally took home trophies at the ceremony last night.  Harry Shearer who has been with The Simpson’s from the beginning had never won, the Outstanding Character Voice-Over Performance category, but last night changed that.  Bill Maher topped Angela Lansbury as the biggest loser recently, but took home a trophy for the HBO docu-series Vice.

The big question is will these winners mean you should change your predictions to True Detective or Orange is the New Black at next Sunday’s main ceremony?  In the last few years the shows that have won big at the Creative Arts Primetime Emmy Awards have been Boardwalk Empire, and Game of Thrones, but neither of those shows went on to win the top prize.  Modern Family did not win any awards last year at this ceremony either, and it went on to win Outstanding Comedy Series.  New shows and shows with high levels of technical behind the scenes work tend to do well at these award shows.  You can’t use this as a barometer for next week’s award, completely, but it can be an indicator.  Many of the categories at next week’s ceremony also submit specific episodes for viewing panels, hence some mild surprises like Jeff Daniels for The Newsroom, and Merrit Wever for Nurse Jackie.

Casting in a Comedy Series: Jennifer Euston-Orange Is the New Black

Guest Actress in a Comedy Series: Uzo Aduba-Orange Is the New Black

Writing for a Variety Series: The Colbert Report

Music Direction: The Beatles: The Night That Changed America

Choreography: So You Think You Can Dance

Music Composition for a Miniseries, Movie or Special: Sherlock: His Last Vow

Music Composition for a Series: COSMOS: A SpaceTIme Odyssey

Sound Mixing for a Variety Series or Special: The 56th Grammy Awards

Sound Mixing for a Comedy or Drama Series (1 Hour): House of Cards

Sound Mixing for a Miniseries or Movie: Treme

Art Direction for a Variety, Nonfiction, Reality or Reality-Competition Program: The Oscars

Art Direction for a Contemporary Program: House of Lies

Art Direction for a Period, Miniseries or a Movie (Single-Camera): Boardwalk Empire

Art Direction for a Contemporary or Fantasy Series (Single-Camera): Game of Thrones

Prosthetic Makeup for a Series, Miniseries, Movie or Special: Game of Thrones

Hairstyling for a Multi-Camera Series or Special: Saturday Night Live

Sound Editing for a Miniseries Movie or Special: Sherlock: His Last Vow

Single-Camera Picture Editing for a Comedy Series: Orange is the New Black

Single- Camera Picture Editing for a Miniseries or Movie: Sherlock: His Last Vow

Lighting Design/Lighting Direction for a Variety Series: Dancing with the Stars

Technical Direction, Camerawork, Video Control for a Series: Dancing with the Stars

Cinematography for a Multi-Camera Series: How I Met Your Mother

Cinematography for a Minseries or Movie: Sherlock: His Last Vow

Cinematography for Nonfiction Programming: The Square

Stunt Coordination for a Drama Series, Miniseries or Movie: The Blacklist