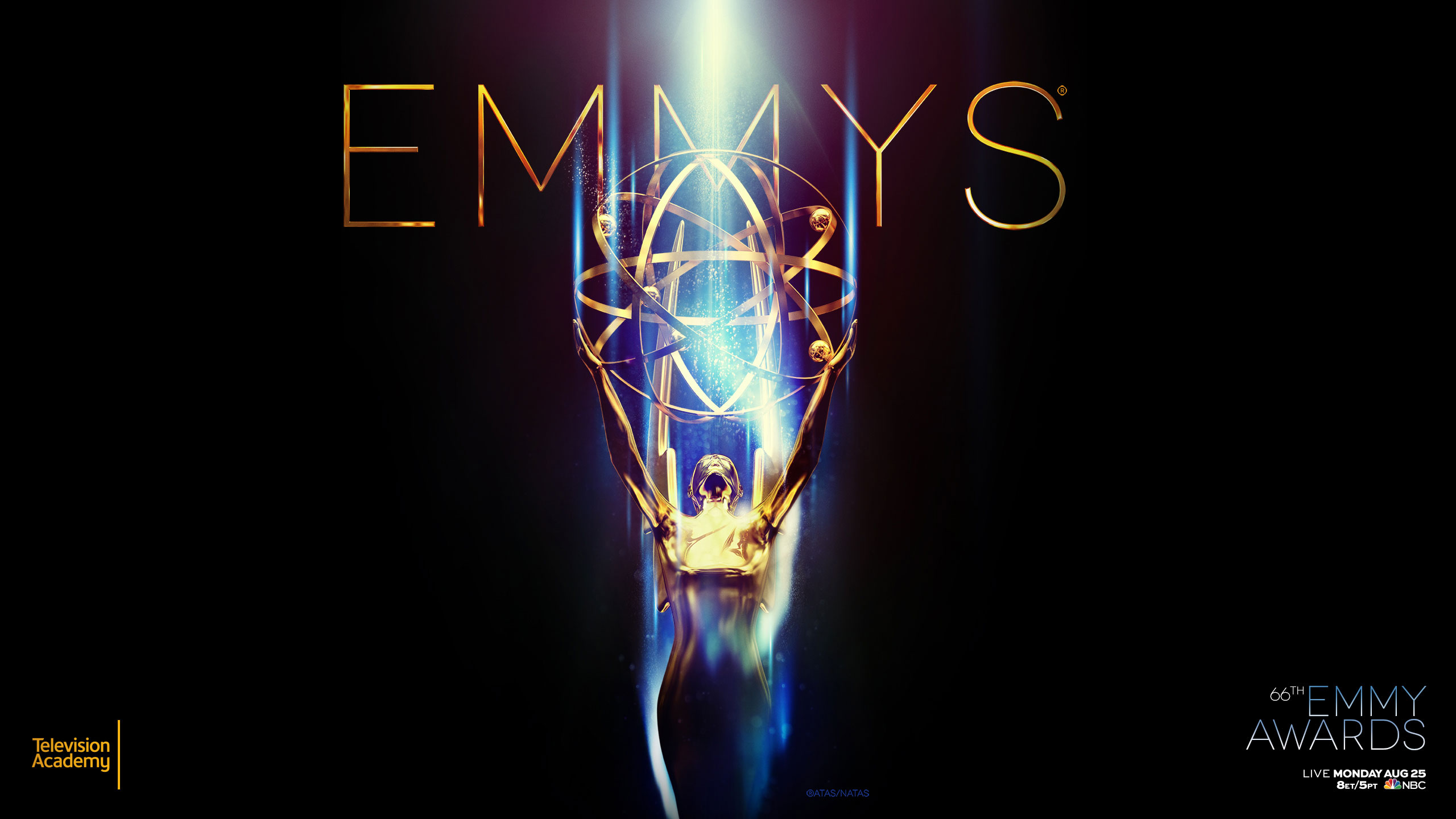 I say it every time I go out to pitch, and I’ll continue to keep saying it. This is the golden age of television. We’re literally witnessing a complete shift in the paradigm. With more buyers than ever before, TV is quickly catching up to the film market.

Over the last five years, we’ve witnessed a changing of the guard. The feature film market has steadily contracted, making it increasingly harder for new voices to break in, so those voices have turned to television. It started with the innovations of streaming along with binge watching and created a life of its own. The film industry found a new and lucrative way to capitalize on content creation. That’s why TV has continued to expand exponentially.

Now, the stigma surrounding TV has slowly gone by the wayside. Marquee shows like The Sopranos, Deadwood, and The Wire set the stage. Those shows gave us a glimpse of TV’s true potential. Huge groups of viewers were tuning in, hooked on the complex narratives of these shows. They could watch these stories play out over the course of several seasons rather than being confined to a two-hour window. Because of these shows, the industry shifted its thinking. Instead of looking at TV as 13 one-hour episodes, shows became an opportunity to make 13 one-hour movies, with production values comparable to most feature films.

Networks knew they were on the verge of something huge, so they finally started ponying up the cash needed to create these big budget worlds. Shows like Game of Thrones, True Detective, and Breaking Bad showed us that this new way of thinking could pay off in an enormous way. With these shows, not only could audiences have the rich character driven stories that draw you in, but TV no longer needed to remain contained. It became the perfect canvas for these expansive worlds typically seen in feature films. Then, TV took an even bigger step forward and started pursuing top-notch writers, directors, and actors to bring into the fold.

All this is merely the window dressing. For the real proof, look no further than the 2014 Emmy Awards, specifically the Best Actor in a Drama category. That list crystallizes my entire argument. This is probably the most loaded field in TV history and could easily rival any of the Oscar best actor lists over the last 10 years.

Let’s start with constants in Jon Hamm and Bryan Cranston. Earlier this year, I watched the series finale of Breaking Bad and was almost certain Cranston would be going home with the Emmy, especially in his final season as Walter White. That certainty got a lot cloudier over the last several months, and Hamm’s performance in Mad Men has definitely added to that confusion. Here’s another nominee in the final years of his much-beloved series, so the sentimental factor is definitely there. Between the two of these guys, they have 12 best actor nominations and have each been nominated every year of their collective shows existence. Are there any more iconic characters than Don Draper and Walter White? Both these guys became household names in TV, and it still remains to be seen whether they’ll be able to successfully transition to leading man status in the feature world. Even if they don’t, they’ll both be in high demand on the TV side and will easily garner huge offers for their next TV series. These two men are the gold standard when it comes to television, so what does that say about the rest of the field?

It says that today’s TV world has been inundated with some high caliber talent. First, there’s last year’s incumbent in best actor winner Jeff Daniels. Here’s a guy that has spent most of his life making a name for himself in the feature world, with a bevy of memorable movie roles and a multitude of awards and nominations to his credit. He came to TV and found a new life for himself as the perfect foil to deliver Aaron Sorkin’s witty dialogue. Will McAvoy easily became one of the most polarizing characters on television but was always fun to watch. After such a long and eventful career, it’s good to see a talented actor like Daniels finally getting the notoriety he so richly deserves. With this being The Newsroom’s final season, that’s got to carry some serious weight. But that doesn’t mean he’s in the driver’s seat for this award.

That could be because he’s up against a sleeping giant in Kevin Spacey. Is there a more prolific actor than Spacey? This guy is a heavyweight in the field, with two golden statues to his credit. I thought there was no way someone like Spacey would ever go to TV, and boy was I wrong. Not only did he do TV, but in short order, he created one of the most fascinating characters on television in Francis Underwood. With today’s atmosphere of political gridlock, who wouldn’t want to see a guy like Underwood running the country? Spacey’s been excellent in just about everything he’s ever done, so his success is not surprising at all. His talent was vastly underappreciated in the feature world, but in House of Cards, he showed that even the most deplorable politician out there could become the one man audiences couldn’t help but love. Underwood’s already got my vote for 2016.

Last and most relevant to this shifting paradigm are the new kids on the block. Woody Harrelson and Matthew McConaughey represent two of the heaviest hitters to hit TV in years. If Spacey was a surprise, these two guys going to television was a complete shock. Granted, Harrelson started his career in TV, but after leaving Cheers for the bigger allure of feature films, I assumed he was never going back. And who could argue with that assumption? This is a guy that has been nominated for an Oscar and hasn’t had any trouble finding great feature roles. He has a slate of feature films lined up that will keep him busy for years to come. With the overwhelming success of True Detective and heightened anticipation for season two, Harrelson would easily stand out as one of the favorites for his performance as Martin Hart. Too bad his stiffest competition comes from the guy he shared most of his scenes with. I mean, is it really fair to have both of the show’s leads in the same category?

Not only did True Detective net the acting chops of Harrelson, but they pulled off a real coup by landing a leading man in Mr. Alright, Alright, Alright himself. People were ready to relegate McConaughey to acting purgatory, but this year changed all that. After countless mindless rom-coms in the early 2000’s, everyone thought McConaughey’s best days were far behind him. But I told anyone who would listen, “Just wait.” Maybe I was a little biased because I was secretly rooting for my fellow Texan to make a comeback, but I could still remember A Time To Kill, so I knew there was still something left in the tank. McConaughey came back with a vengeance in 2014, making it the year of Matthew. Dallas Buyers Club netted him this year’s Oscar for Best Actor, but I’d argue that the role that made everyone take notice of him was Rust Cohle. That character quickly became a household name and “time was definitely a flat circle” watching the rebirth of this great actor. With a string of huge blockbusters like Interstellar waiting in the wings, who knows if McConaughey will ever go back to TV, but he certainly kicked down the door for other A-list leading men like him to make their own forays into television. I truly believe that with Rust Cohle the stigma of leading men doing TV was completely shattered.

So what comes next? Part of the fun of the Emmy Awards is trying to predict who’s going to win. But I’m not going to do that. Not only is this the toughest category to predict, but part of me feels it diminishes the brilliant performances by each of these men if I put one of these guys above the rest. They already gave us a real gift in the form of one of the best years audiences have witnessed in television. I’d rather sit back and relish in the glory of how far TV has come. If this is the renaissance of TV, I can’t wait to see the encore. This year set the bar extremely high for the future of television, and I anticipate even bigger things to come.