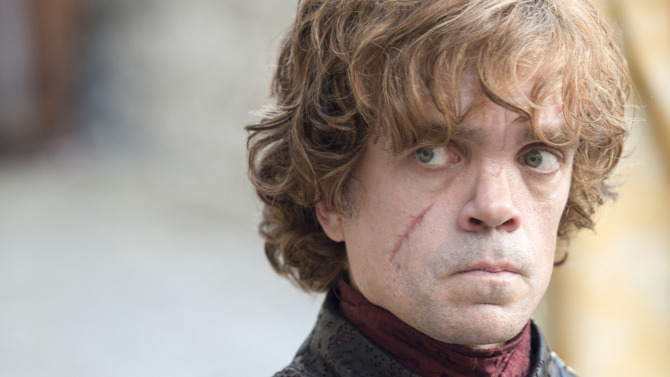 To quote Emmy winner Heidi Klum, “one day you are in and the next day you are out!” Does this phrase apply at the Emmy Awards? It did for two shows, but I will get to them in a minute.

On Thursday July 10th at around quarter to 9 the Emmy Nominations were announced by Mindy Kaling and and Carson Daly. There we some surprises like Lizzy Caplan, without Michael Sheen, which makes no sense, but honestly beyond that nomination, nothing that was announced live shocked me. Alright I was shocked and saddened that one of the actual announcers, Mindy Kaling was snubbed for Lead Actress in a Comedy Series for the soon to be over rated Melissa McCarthy. Kaling looked a tad upset, but unlike past announcers who were announced to present and then not nominated, and bailed, she showed up.

On to the nominations at hand, Game of Thrones went from 16 nominations last year to 19 nominations in its fourth season, which type of jump rarely happens. The show was honored in Best Drama Series, Supporting Actor (Peter Dinklage) and Lena Headey. I must applaud Emmy voters for swapping Emilia Clarke who did nothing this past season with Headey, she deserves this nomination.

Breaking Bad did amazing as well scoring 16 nominations, including nominations for Drama Series, Lead Actor (Cranston), Supporting Actor (Aaron Paul), and Supporting Actress (Anna Gunn). Dean Norris was predicted by many but was snubbed. The biggest snub in my opinion is no directing nomination for Rian Johnson who directed the best episode of the season “Ozymandias” they gave the nomination to Gilligan for the finale. “Ozymandias” was nominated for writing.

True Detective had an impressive 12 nominations, the highest for a drama series in its first season (tied Orange is the New Black for new series). I am proud/happy the Academy nominated the underrated Harrelson, I hope he beats McConaughey.

Rounding out the six was House of Cards, Downton Abbey, and Mad Men. Cards did well in its second season scoring two lead nominations along with a Guest Actor and Actress, Writing and Directing. Can someone tell Americans just because its British period piece does not mean it should be rubber stamped. The most boring season of Downton Abbey made the cut, time to put this and Maggie Smith nominations out to pasture!

The biggest past winner, now loser is Homeland. This show won Drama Series two years ago and they let it go, Danes and Mandy Patinkin are still nominated, but the show has few other nominations. While this is not a surprise I think its interesting that Emmy voters paid attention to the critics point of view on this shows downturn in quality.

On to laughing, Modern Family and its cast are starting to lose their sheen. Family only 3 cast members nominated their lowest tally of nominees, they were Ty Burrell, Jesse Tyler Ferguson, and Julie Bowen. The show received 10 nominations.

The biggest nominations tally went to Orange is the New Black, which is not really a comedy, but I digress. I am happy to report this show received 12 nominations, including Comedy Series, Lead Actress (Taylor Schilling), Supporting Actress (Kate Mulgrew), three Guest Actress nominations, and nominations in writing a directing, but that directing nomination should have gone to Michael Trimm not Jodie Foster. Beyond proud of Laverne Cox and her nomination.

Veep is climbing up the nomination ladder from 5 to 9, and they finally have a writing and guest nomination! Watch out for this show to spoil, but at the moment I would predict this or Orange is the Black. Rounding out the rest of the comedy series nominations is The Big Bang Theory, Louie, and Silicon Valley. With regards to those three, Kaley Cuoco is the Courteney Cox of Big Bang; she deserves a nomination. Thank God Ellen Burstyn did not get a nomination for Louie. Silicon Valley is not my jam so I think its nomination over The Mindy Project, Brooklyn Nine-Nine and many others is a bit pretentious.

Who got the biggest shaft? Girls. The show got two nominations, one for Dunham, and one for Adam Driver, but it was bounced from writing, directing, got no guest nominations, and no series nominations. My thought is that they replaced this with Valley because well they get dorky boy humor over whiny girl humor, but just a thought.

FX just became a power player in the Mini-Series category, Fargo received 18 nominations, and American Horror Story: Coven received 17 nominations, pretty impressive, now if they could only get more than a guest actress nomination for Margo Martindale and The Americans I would be even happier. Again I digress. Fargo is the most nominated long form program nominated this year.

On the television movie side the most nominated TV Movie was The Normal Heart, it not only earned a lead actor (Mark Ruffalo) and supporting actress nomination (Julia Roberts), but it earned 4 supporting actor nominations (Bomer, Parson, Mantello, and Molina). Sherlock: His Last Vow came in second, and scored twelve nominations.

The Bad
Downton Abbey, time to burn the house down, and stop submitting Maggie Smith!
No love for Brooklyn Nine-Nine
The Good Wife snubbed in drama
NO TATIANA MASLANY!! (yes that deserves caps)
No Mindy Kaling, or her show
The lack of love for Masters of Sex
No Bellamy Young for Scandal
Hannibal snubbed again!

Overall it looks like The Academy of Television Arts and Sciences liked the same shows once again, with a few surprises. This is a mixed bag, just glad no more Merritt Wever.