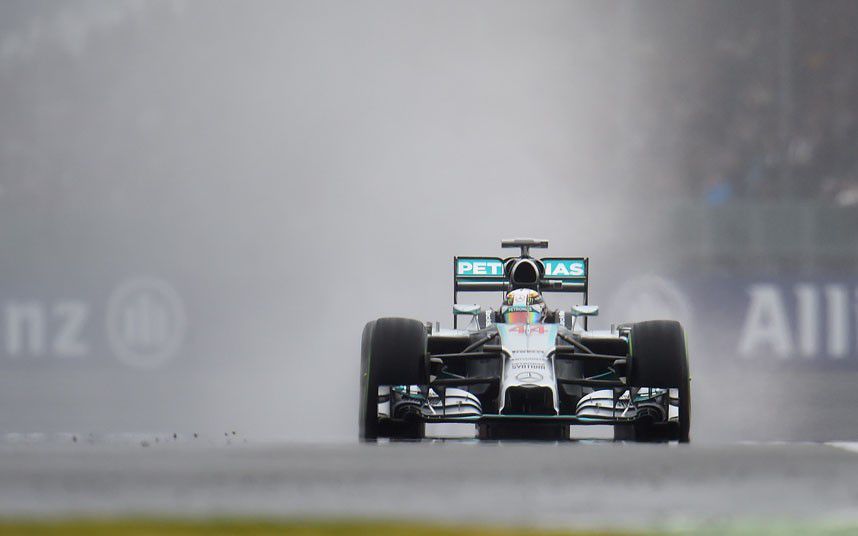 Another race weekend, another Mercedes victory. That was the case in Germany last week as Nico Rosberg led wire to wire for his fourth victory of the 2014 campaign. In a season which has been defined by Mercedes’ continued dominance, last week’s race at the Hockenheimring stuck firmly to the script.

And now, seemingly in the blink of an eye, the season turns its attention to the Hungarian Grand Prix, held at a circuit where Mercedes driver Lewis Hamilton is looking for his third consecutive win in three years. And Hamilton, who will be going for his fifth career victory at the Hungaroring, would gladly welcome maximum points coming his way this weekend, with Rosberg’s championship lead having grown after his triumph in Germany.

Hamilton’s four career wins in Hungary have him currently tied with Michael Schumacher for most victories at the circuit. And in his Mercedes F1 W05 Hybrid which has been effortlessly outpacing the rest of the field this year, he has an opportunity to become the Hungaroring’s sole winningest driver.

In speaking about his run of success at the circuit, Hamilton said “I don’t really have any secrets there… I’ve just been very fortunate in that race and it’s a circuit I really enjoy. It’s one where you can really attack… so perhaps it suits my driving style a little bit more than some others.”

But despite Hamilton’s successful history in Budapest, Nico Rosberg will surely be aware that a Hamilton victory does not guarantee a change at the top of the standings. Although he has struggled in Hungary in the past, Rosberg knows what challenges to expect on Sunday, saying “It’s a unique track because it’s very, very small. It’s like a street circuit. It’s tough physically, because it can get very, very hot and you never have any straight lines where you can relax.”

Nonetheless, on the technical and winding circuit that is the Hungaroring, Mercedes will face a field full of worthy competitors who could feasibly put a halt to the Silver Arrows’ current run of supremacy. The surging Valtteri Bottas, currently sitting 5th on points, has scored three successive podium finishes. And while the high-downforce nature of the Hungaroring may not be suitable for the Williams chassis (their FW35 excels on the straightaways, something the Hungaroring does not have many of), Bottas is still a safe bet to test the Mercedes team.

Of late however, Bottas’ Williams teammate Felipe Massa simply cannot find himself on the good side of luck. Coming off of two consecutive first lap race ending incidents, the Brazilian will be hoping to get back on track in Hungary this weekend. And if he can, Williams may be able to distance themselves from Ferrari in the constructor’s standings.

Speaking of the conundrum that is the Ferrari team, there’s no doubting that this season has been somewhat forgettable for them. To make matters worse, after dropping to fourth in the constructor’s standings last week, Fernando Alonso’s future with the team is growing more and more unclear. Unless the storied Italian outfit begins to produce some quality results on a consistent basis, Alonso could be on his way out, with many rumours connecting the Spaniard to a return to McLaren for 2015.

But while Mercedes likely won’t be sweating at the notion of going toe to toe with the two Ferrari cars on Sunday, they may see Red Bull as somewhat of a concern to them. Their RB10 chassis should be well suited for the Hungaroring’s snaking layout, and the team has frequently been in good form all season. Aussie pilot Daniel Ricciardo is the only non-Mercedes driver to win a race this season (the Canadian Grand Prix), and defending champion Sebastian Vettel has consistently scored numerous top five finishes throughout the year.

As for this week’s grand prix, Vettel knows his first ever win in Hungary may be out of his reach thanks to Mercedes’ continued dominance, but he’s still looking forward to returning to the Hungaroring. “I like the race and atmosphere at the Hungaroring… even though I have never won in Budapest. It has some tight, twisty corners and is quite a bumpy track, so you cannot underestimate it.”

One factor that may come into play on Sunday which hasn’t been a factor all season is the weather. With a forecast that’s calling for thunderstorms and heavy rain showers in Budapest on Sunday, unruly weather conditions could be the biggest threat to the Mercedes team this weekend. Nothing turns a race on its head like a rain soaked circuit and poor visibility, so if what the forecast is calling for comes to fruition, the 2014 Hungarian Grand Prix might just end up being the wildest race of the season.

And those wicked conditions could potentially open the door for a number of teams on Sunday, such as McLaren and Force India. With both teams battling each other for 5th in the constructor’s standings, they will together be motivated to find success in Budapest.

McLaren’s Kevin Magnussen, who was involved in Felipe Massa’s first lap accident last Sunday in Germany, is optimistic that his team will score some valuable points this week. “I think we’ve shown recently that our car performs slightly better on tracks with a combination of low- and mid-speed corners,” said Magnussen. “After a couple of frustrating races, I’m hoping for a weekend where everything comes together.”

Another driver who has been optimistic in Hungary this week is Marussia’s Max Chilton. Having won at the circuit during the 2012 GP2 season, the young Brit will be eager to have a strong race after his Marussia team put up a disappointing performance last week at Hockenheim. “In development terms we need a strong and reliable weekend, hopefully benefiting from what we learned in Germany last week,” he said. “The progress continues but we need to ensure we can realise more of it during the course of a race, so we’re not finding ourselves out of position with the Caterhams.”

So who gets their way in Budapest? It’s extremely hard to pick against the Mercedes team, and even harder to not go with Lewis Hamilton to win this grand prix. With both his and teammate Nico Rosberg’s history at the circuit, all signs should point to a victory for Hamilton. However, with Hamilton’s Mercedes catching fire during Saturday’s qualifying run, the Brit will be starting 21st on the grid. And as all that transpired, Rosberg managed to claim yet another pole position. Hence, advantage Rosberg.

I also think Valtteri Bottas – who is in my mind building up to be the sport’s next big star – will continue his run of terrific form this weekend. The biggest mystery to me is what will we get out of Ferrari this week? Only time will tell, but perhaps time is something they are running out of.