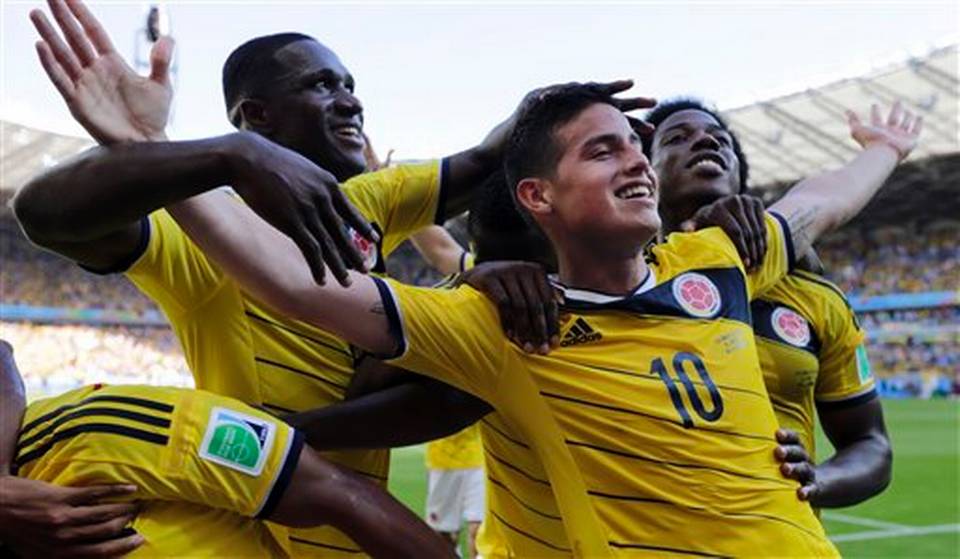 This has easily been the most exciting World Cup I have seen in my lifetime, and that seems to be the general consensus among many people, young and old. Between Netherlands playing some of their best football against Spain, the latter coming into the tournament as favourites, and Switzerland scoring in the last second of play against Ecuador, you can’t even step out of the room without missing some of the action.

While it is usually the big games that are the most fun to watch, it seems every game this World Cup has been equally thrilling. Ivory Coast coming back and scoring two goals within a couple minutes of each other after going one-down to Japan was equally as exciting to watch as any other game in my opinion, and Ivory Coast against Japan is not necessarily a game that would be seen as a big game.

With six out of eight groups having played their first games, I’m going to share my predication of which teams will top their groups. Trying to hold all biases aside, here they are:

Group A – Brazil
Even with some referee controversy to start off the tournament, the Brazilians played some great football, showing why they are one of the favourites to win the tournament. Neymar began to make headlines (as predicted in my last post) with two goals, one, a brilliant left-footed strike from open play, and the other, a penalty kick in which Fred drew by falling a bit too easily inside the box. Nonetheless, Brazil cruised to a 3-1 win with Oscar scoring late. The only game I can see them having trouble with is against Mexico. Even if they settle for a tie there, assuming they beat Cameroon, 7 points should be enough to put them through and top their group.

Group B – Spain
Yes, I understand they were shown that they are not the same that won the -2010 World Cup, but I still think Spain can top their group if Netherlands tie to Chile, as long as they can produce enough goals to top Netherlands goal differential. Although they may be distraught after their embarrassing loss, the Spaniards will have no problem taking on Australia and Chile.

They have one of, if not the strongest midfields in the tournament, which love to play beautiful tiki taka football. Xavi and Iniesta together are one of the best central midfielder partners in the world, and will be looking to gain their fourth consecutive tournament win. It is a different Spain this year, as they’ve added Striker Diego Costa up top. While he seemed to play bit awkward to the left side, he created plenty of space for his team to move up the field. I won’t be surprised if Spain come back to win the tournament.

Group C – Colombia
I particularly like group C, because it seems to be a fairly even balance of teams. While Greece may not be as strong as the other three, this is an exciting group to watch. Colombia managed to make a convincing three-nil win, even without star striker Radamel Falcao. James Rodriguez looked particularly strong, as he created most of the team’s offense and managed to net a finisher in stoppage time.

I imagine Colombia will run into a bit of trouble when it comes to Ivory Coast, but they should manage to hold of Honda, Kagawa, and the Japanese. I want to see Colombia go as far as possible, not only because I think they’re a great team and I enjoy watching them play, but because they’ve proven to have the best celebrations thus far.

Group D – England
Putting my English bias aside, I think England will manage to make it through to the next round and top their group. While they lost against Italy, they showed a lot of positives, which I think we will see more of in their next match. At 19 years old while looking 15, Sterling showed to be fearless while other young guns such as Welbeck, Baines, and Barkley, all showed they’re well capable of playing on the world stage.

If England can address the positioning of Rooney and put him into a role he’s more comfortable with, I see no reason why England cannot win their next two games. Moreover, Oxlade-Chamberlain should be ready to go by next game, and he can add pace and power to an already strong attacking midfield. I am, of course, assuming that Italy will lose to Uruguay, as Uruguay will have Luis Suarez back by the time they play each other.

Group E – France
The 1998 champions look like they have fairly decent team, though they usually do. Even with Ribery out, the French cruised to an easy 3-0 with against an underdog Honduras team. They do have a good team, including Pogba in the midfield, Cabaye, and Benzema up-top, and with the hand they were dealt, I imagine they’ll have no problems making it through to the next round and topping their group. I figure France will even make it past the next round, as they will have to play the team that comes second in Group F, which will assumingly be Iran, Nigeria, or Bosnia. I don’t think they will manage too well against a top tier team, seeing as I don’t think they’ll have the ability to score many goals against them. As long as they don’t decide to go on a strike (see: World Cup 2010), I reckon the French will do well in this tournament.

Group F – Argentina
Another unbalanced group, Argentina will have no troubles topping this group. While their defense is questionable, once they’re in the final third, they have so much star power that they will have no problem running up the score. Lionel Messi showed today why he’s arguable the best in the world, dribbling around the Bosnian defense and scoring an outstanding left footed shot from outside the box – his first World Cup goal in 8 years. Messi aside, and Argentina is still left with Sergio Aguero, Gonzalo Higuain and Angel di Maria leading their attacking force. If Argentina can manage to stay strong in their defensive third, I imagine they will go all the way to the semi finals.

Group G – Germany
In what is being considered the ‘Group of Death’, along with Group D, it will be interesting to see who comes second in this group. However, the Germans should have no problem obtaining that top spot. Just looking at their team on paper makes me excited to watch their games. They have so many world-class options for their starting XI, it will be interesting to see how they line up.

I imagine they’ll begin with a 4-5-1, putting Gotze up top, and Ozil, Reus (assuming he’s fit), Kroos, Schweinsteiger and Muller in the middle. Between Ozil and Kroos’ creativity, and the others’ finishing, Germany should produce some wonderful football. Philipp Lahm will have the responsibility of playing against Portgual’s Ronaldo in their first game, though he is well capable. If Neuer is fit to play as well, I can see Germany making it into the finals of this year’s tournament.

Group H – Belgium
Similar to Group C, I think anything can happen in this group, though I’m picking Belgium to top this one. The so-called “Dark Horses” of this tournament, there will be a lot of eyes on Belgium to see if they can produce. On paper they have a seemingly above-average team, though not quite world-class. Up top they have the options of deploying Lukaku, Dembele, or Benteke, among others. These three alone are enough to worry the defense of the rest of Group H.
In the middle field they’ll have Chelsea star Eden Hazard, who I assume will play the no.10 role. They also have De Bruyne, who scored 4 goals in qualifiers, as well as Kevin Mirallas and Manchester United’s Marouane Fellaini. Their back four manages to stay above average as well, with Kompany, Vermalen, and Vertonghen all fit to play. Needless to say, my level of excitement to watch this team play will be above average.