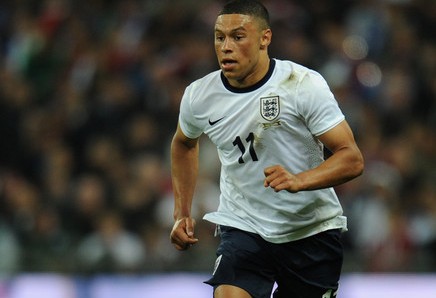 Top 5 Young Players to Watch in the 2014 World Cup

With the World Cup just under a week away, there has already been a lot of hype, controversy, injuries, and everything in between. While this World Cup will certainly be exciting to watch because of some surprisingly strong sides, such as Belgium and Ecuador, it will be even more exciting because of the array of young talent. It seems a lot of teams chose to go with a mix of young talent and veterans this year, creating a balance that will be sure to show some creative, fast paced, beautiful football. Here are five young players, in no particular order, I imagine will be the ones to watch on their respected teams:

Assuming he’s deemed fit by next weekend, the 20 year-old Englishman, Alex Oxlade-Chamberlain, is going to be the most exciting player to watch play for the 3 Lions this year. After suffering an injury in the first game of the season that kept him off the Arsenal score sheet for the first half of the season, Ox has shown massive improvement in his game, already creating one goal opportunity for England in their 2-2 draw against a strong Ecuadorian side on Wednesday, giving England a strong sense of hope for the future of their football.

Normally a winger for Arsenal, Ox was placed in a more central midfielder role this season, allowing him to show off his defensive skill set, while also proving his great ability in carrying, through balls, and distance shots. With no Theo Walcott or Andros Townsend in the England squad this year, Ox’s pace and versatility in the midfield is what will separate him from the rest of the English squad.

Media in the footballing world love to hype up the young and coming players, usually well beyond their potential. However, Neymar Jr. of Brazil seems to be the real striking deal. Scoring 15 and assisting another 12 in 41 competitions for Barcelona this season, it’s no wonder the 22 year-old is the poster boy for Brazil this World Cup.

Only making his debut for Barcelona in this past season, the creative striker led Barcelona to an El Clasico win, as he scored and assisted both goals in the 2-1 victory against Spanish rivals, Real Madrid, at Camp Nou. He then went on to score his first goal in a Champions League match vs Celtic, in which he led Barcelona with a hat-trick to beat Celtic 6-1.

While sometimes raising controversy, whether about transfer fees or how easily he falls down, Neymar is certain to be in the highlight reel this World Cup.

The 19 year old raised plenty of questions and controversy earlier this year when he was potentially eligible to play for 5 international teams, including some passive-aggressive words from England’s Jack Wilshere when it was announced Januzaj could potentially play for England. After finally deciding to commit to his country of birth, Belgium, the 19 year old has a lot of potential with a surprisingly strong Belgium squad going into Brazil.

Being a United player since the age of 16, Januzaj was officially placed on the first team by Sir Alex Ferguson, but didn’t play competitively until the arrival of Moyes. In his first start for United, Januzaj managed to net 2 goals to lead United to a 2-0 win over Sunderland. For a 19 year old, the Belgium boy has a strong sense of vision, with superior through balls and passing.

Januzaj, along with the rest of the Belgium team, including City’s Vincent Kompany and Everton’s Romelu Lukaku, are certain to surprise and upset crowds in Brazil this year.

This Bundesliga star will have plenty of midfielder competition to get a starting spot in this years strong midfield German side, but will surely have little problems making an appearance along a star-studded German midfield side, including the likes of  Muller, Ozil, Podolski, and Gotze.

The 20-year-old attacking midfielder appeared in 26 league games for Schalke this past season. While only scoring 2 goals, Draxler created an incredible 59 chances and finished off the season with an 85% passing rate.

Although this German boy has little international caps, eyes will surely be on him has he shows immense potential as a creative/forward midfielder. And while he has just signed a 2-year contract extension to Schalke, he will certainly be a potential target for many teams around Europe, including top teams in the Premier League.

This 20-year-old Frenchman is the definition of a box-to-box midfielder, who has proven himself capable of international play for France, scoring in both the World Cup qualifications and in a friendly last week against Norway, in which the France won 4-0.

Pogba has been a huge part of the Juventus lineup after refusing to sign a contract extension for Manchester United in 2012. In just his first season with the Italian side, Pogba managed to help his team win Series A, and has done so again this season. Furthermore, in 2013, Pogba was named Golden Boy, an award given by journalists for the most outstanding young player in European football.

With the announcement of Ribery being ruled-out for World Cup play, there will surely be plenty of eyes on Pogba to show his capabilities in the midfield. Pogba and the rest of the France squad will be expected to make it out of the group stages, with games against Honduras, Switzerland, and Ecuador.