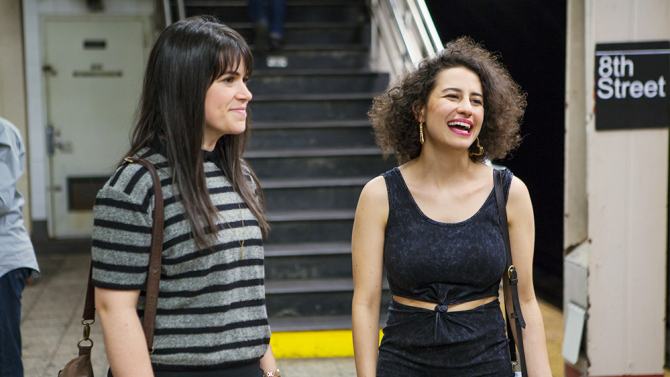 The Emmy Nominations are going to be announced on July 10th, but that doesn’t mean they will get things right. If I had my choice, these would be my dream nominees in the comedy categories at the Emmy Awards. Drama is coming soon.

Veep was the funniest show of the year, and should win. Brooklyn Nine-Nine and Broad City are the funniest new shows. Enlisted is the best show cancelled before its time. Louie pushes the boundaries of comedy, and Modern Family had a resurgence in quality with Mitch and Cam’s wedding story.

Outstanding Lead Actor in a Comedy Series
Louis C.K. as Himself in “Louie”
Jim Parsons as Sheldon Cooper in “The Big Bang Theory”
Jonathan Groff as Patrick Murray in “Looking”
Andy Samberg as Detective Jake Peralta in “Brooklyn Nine-Nine”
Adam Scott as Ben Wyatt in “Parks and Recreation”
Robin Williams as Simon Roberts in “The Crazy Ones”

Louis C.K., is one smart man, and his show has evolved into something great, and so has his acting. Jim Parsons is still the funniest part of The Big Bang Theory. Adam Scott is just terrific as Ben Wyatt, his dorky nature makes him dependable. Groff nails the anxiety ridden gay man in today’s world well, and he’s funny while doing it. Andy Samberg proved he can act. Robin Williams proved he can tone it down, and play with an ensemble.

Glazer and Jacobson are one of the funniest duos on television. Kailing’s love of rom-coms blended with her with make her endearing. Akerman showed her best acting chops ever. Veterans Poehler and Louis-Dreyfus prove they are still the best in the biz!

Braugher gave the best deadpan comedic performance of the year. Puddi proved Abed had a heart when he said goodbye to Troy. Simmons was great at playing a douche. James Wolk can wash my car eating a Popsicle any day (watch the show). Tsai proved talent does not come with age, and that I want to do Bert wheels all day long. Parker Young proved sweet and sexy make one of the best combos for showing off your talent.

Janney is the vet in this category, and boy was she the funniest. Gay Harden usually does drama but her turn as Diane showed her comedic side, and I want to see more. Hyland gave Hayley depth. Mamet stole every scene in Girls. Chulmsky showed that heart in politics is over rated, and made you laugh in the process. Peretti’s Gina was the most unique character on television!