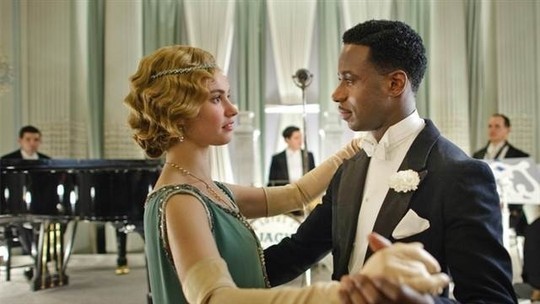 Sunday night’s Downton Abbey was the most enjoyable episode the show has had for a long time. It wasn’t perfect, but it broke the stagnant streak the show has been having, and it was the first time in a while I finished an episode feeling satisfied.

First and most importantly- Edna is gone, hopefully for good. I thought they were going to draw out her arc out the entire season, but very luckily, they did not. She was an obnoxious character from the start, and her designs on Tom were just cringe-inducing to watch. She took advantage of his emotional state after the death of his wife to manipulate her way into getting closer to him. When that wasn’t enough, she got him incredibly drunk, then snuck into his room and slept with him so she could guilt him into marrying her by claiming he ‘took advantage’. Edna had basically zero redeeming qualities as a human being, but she wasn’t a competent enough villain to justify her staying on the show. She was just awful. Although it was so, so satisfying to see Mrs. Hughes completely trounce her and send her packing. Not satisfying enough that she should have been brought back in the first place, but satisfying nonetheless.

Mrs. Hughes was hands down the best part of this episode. Sometimes I forget how wonderful Mrs. Hughes is, because she’s usually in the background while other characters are occupied with their drama. But as soon as someone has a problem and goes to her for help, you are reminded of what a gem Mrs. Hughes is. She shut Edna down in no time at all, she offered Anna guidance (more on that) and still had time to bond with Carson. I would say we need more Mrs. Hughes in every episode, but she is too good at solving problems, and then there would be no plot.

One conflict even Mrs. Hughes can’t solve is how Anna is recovering from her rape. The way Anna is isolating herself even from her husband is a realistic reaction to what happened. This story seems like it’s going to take a while to unfurl, but so far, they’re handling it much better than I thought they would. They’re not making it melodramatic; they’re letting Anna react in a believable way.

The other major storyline this episode revolved around Mary and her suitor, Anthony Foyle. Despite my initiate initial reaction of ‘does Mary really need another suitor’, I enjoyed their courtship, brief though it was. They balanced each other well, and Anthony is one suave fella. Of course Mary couldn’t accept his proposal- it’s too early in the season for her to get settled. I mean…she’s still mourning Matthew’s death. But I think Mary was right she was said she might regret her decision, because did I mention how much I ended up liking Anthony?

More surprising than how much I liked Anthony this episode was how much I liked Thomas. He was surprisingly decent to his co-workers, and his parting words with Edna were excellent. I’m not sure if I liked Thomas more this episode because he’s evolving or because in comparison to Edna he just seemed less terrible. In any case, it looks like he’s scheming again, so his evolution into a better person will probably be short lived.

My one complaint for this episode was Alfred/Ivy/Jimmy/Daisy. I want all of them to go apply to the training program they were talking about and leave, and take their drama with them. It’s been dragged on for so long. The real issue is we know Daisy likes Alfred, Alfred likes Ivy, Ivy likes Jimmy, and Jimmy may or may not like Ivy. But there’s no sense of why they like each other. It feels like at this point they like each other out of habit, or simply because they’re there, and not because there’s any chemistry. The ‘romance’ is tired by this point. It has become so petty, and no one really comes across as sympathetic. They either need to give a reason for the audience to root for some of them to get together, or get rid of one or two of them.

Instead of forcing the love drama between the four of them, I would like to see more of Rose and Mr.Ross. After her drunken date embarrassed her and abandoned her in the middle of the dance floor, he swooped in to her rescue, to the dismay of her family. Not only is Mr. Ross a singer in a night club (gasp), he’s black (double gasp). Rose has had a string of suitors, none of which have lasted for very long, but I hope Mr. Ross makes a return. (You see, Alfred/Ivy/Jimmy/Daisy? That is chemistry).  I also think having a storyline on Downton that deals with something other than just rich white people problems would be a good thing. Racism is unfortunately a part of the world’s history, but it wasn’t something I thought Downton would discuss. It looks like they are going to address it (I’m assuming Mr. Ross comes back at some point. They better bring Mr. Ross back at some point.) and I’m incredibly interested to see where they take it.