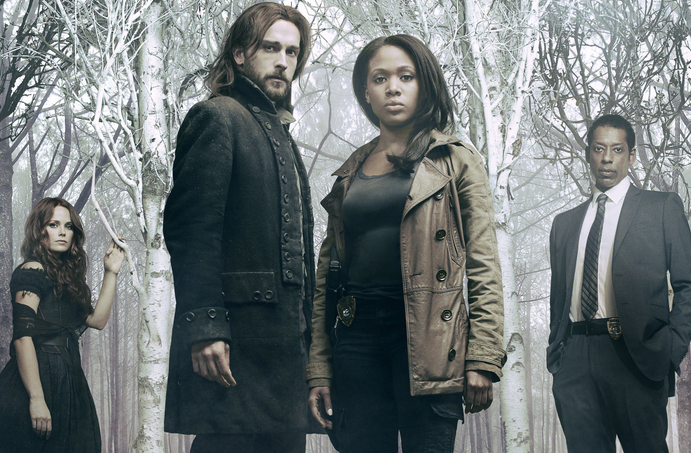 Before I started watching FOX’s new drama, Sleepy Hollow, I had a lot of doubts about its viability as a TV show. After watching the pilot, I still have a lot of doubts, just different ones. (Spoilers ahead)

The biggest pre-watching question was: how will a fairly straightforward novel be sufficient source material for a full length TV series? The answer is: by adding a lot of stuff. What kind of stuff? Witchcraft, weird demon devil things that I’m still trying to figure out what exactly they were, prophecies, and the Horsemen of the Apocalypse. (What?)

After watching the pilot and thinking about it for a while, I’m still not sure what to think of it. It was a fun show, but I’m haven’t decided if it’s good or not yet. Getting fresh perspectives on classic stories can be amazing, but usually they work best if there’s a reason behind the new interpretation. I can’t tell what Sleepy Hollow’s reasons are. Right now it seems like someone wanted an epic supernatural show, and thought Sleepy Hollow would be a good backdrop for it, even though most of what the show has in common with the original story are character names, and there’s a headless horseman. If done well, that’s a story I can get on board with. However, the pilot teetered the line between interesting concept and convoluted mess. The story needs to play out a little bit more before it becomes clear which one it is.

The outlandishness of the plot wasn’t the only problem with the exposition heavy pilot. This is a delicate balance all high-concept shows have to toe: how to get your audience to understand and become invested in your show, without being really obvious about it. In this version of Sleepy Hollow, Ichabod Crane and the Headless Horseman fought each other in the Revolutionary War, then woke up in the present day, and now the fate of the world hinges on what happens next.

One good, surprising thing about the episode was that the police seemed willing to accept the possibility that there’s more going on than meets the eye. When there’s a headless guy riding around on a horse, decapitating townsfolk, sooner or later, people will catch on. While the police don’t completely accept Ichabod’s story, they at least don’t think he’s crazy anymore. This bodes well for the rest of the season, because it means there (hopefully) won’t be too many episodes of half the characters telling the truth and the other half refusing to listen to them. That would get really old, really fast.

Also good were the leads, Abbie Mills (played by Nicole Beharie), and Ichabod Crane (Tom Mison). Abbie takes nonsense from no one, and Ichabod spends half his time being sarcastic, and half his time trying to understand the modern world/angsting. Their interactions had a lot of promise for a good partnership/friendship, especially now that hopefully they don’t have to deliver as much exposition laden dialogue. I’m not going to comment on any other characters, because there was a pretty high body count, so I’m going to wait and see who survives before making any verdicts.

Although the pilot wasn’t strong, but to be fair, every show deserves a chance to find its footing during the first few episodes. The pilot struggled through some parts, but it was entertaining and it was fun. Sleepy Hollow has a lot of interesting ideas, and has the ingredients to be a good show. It just has to figure out how to use them.