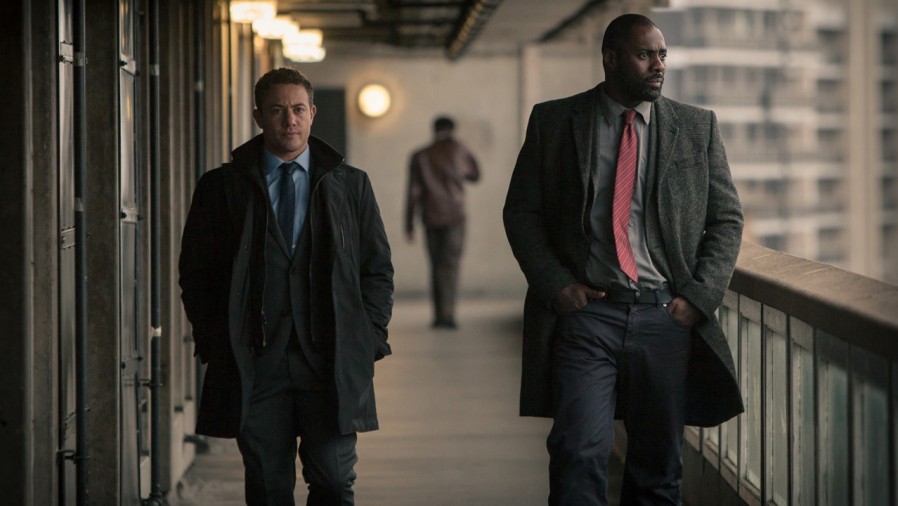 Luther is back for four new episodes. Now in its third season, Luther takes a look into its titular character’s past to fuel much of its drama. (A few spoilers ahead).

As ever, Luther raises uncomfortable questions about ethics in police work: how far is too far in the pursuit of justice? Idris Elba plays John Luther with the right balance of gravitas and charm to make a morally grey character a sympathetic lead. Since the series’ inception, Luther has never stuck too closely to the rules. He has a clear moral code, and that always takes precedence over procedure and law. Tonight was no different. One big change though, is now there is a secret investigation specifically targeting Luther for corruption charges.

The most surprising part of the investigation was Ripley, Luther’s faithful colleague for two seasons deciding to join. At first he absolutely refused to help with the investigation, and then only agreed to help in order to prove Luther’s innocence. But by the end of the episode, Ripley decided Luther had crossed a line, and must be stopped.

The season premiere brought up some of the shady things Luther did in past episodes as part of the corruption investigation. The audience knows the truth, and can judge for themselves if they think Luther was wrong in those circumstances. This creates an interesting situation: on the one hand, most of Luther’s past actions are understandable when you have the whole story. On the other, the investigators kind of have a point.

Having Ripley join them tips the balance of the show into some shaky new territory, because he is just as sympathetic a character as Luther. He has put his career and life on the line for Luther before, and he has looked past Luther’s many faults despite his own moral qualms, because he believed in Luther, and that ultimately, his boss was going to do the right thing. Having Ripley be part of the investigation makes it impossible to write them off as the “bad guys” who are out to get Luther- Ripley had been loyal almost to a fault to Luther in the past. It forces you to really think about what’s acceptable and what’s too far. Is it wrong to do something reprehensible in pursuit of doing what’s right?

The crimes Luther is fighting are as grisly as ever. One of the things about Luther that really makes it work is it never pressures itself to solve a crime in one episode. It’s not about the criminal- indeed, they usually show you the perpetrator half-way through. It’s about the people solving the crime and the lengths they will go to to do so. Luther is comfortable slowing down its pace to achieve dramatic effect. It does this with season long story arcs, and it does it with individual scenes. There were multiple scenes where I sat there thinking please, please, hurry up and kill these poor people, because the tension was almost unbearable. It’s bad for a jumpy person’s nerves, but it makes for some excellent television.

The only aspect of the season premiere I was indifferent towards was Luther’s new potential love interest, Mary. She seems nice, but Luther isn’t really a place for nice characters. Look at Ripley. He’s about to snap like a rubber band. If you are a naïve or idealistic character, the show’s gritty world will absolutely crush you. Having an innocent love interest become a causality is nothing new for the show- it was part of the climax of the first season. It seems a big possibility Mary too could be put in danger as a result of Luther’s actions.

It would be so much more interesting to bring the enigmatic Alice Morgan back. Ruth Wilson played the brilliant psychopath to perfection before they wrote her off last season. Sometimes Alice and Luther would verbally and intellectually spar, and other times, she proved herself a useful ally. She was unpredictable and mesmerizing to watch as she pushed and challenged Luther. I saw Alice in previews for the season, so I know she comes back. I hope it’s sooner rather than later.