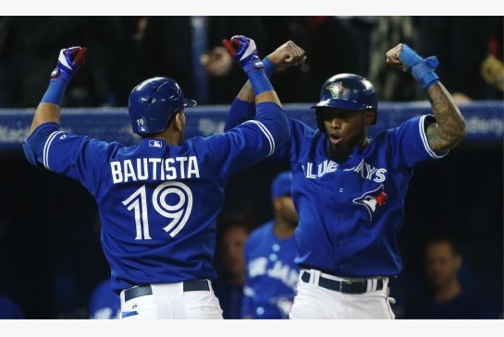 After an offseason which built a significant amount of hype for the Toronto Blue Jays, the first half of the summer did not really live up to expectations. The acquisitions of R.A. Dickey, Jose Reyes, Josh Johnson, Mark Buehrle, Melky Cabrera and company had the baseball world buzzing; however, injuries and inconsistencies have the Blue Jays 4 games under .500 for the All-Star break.

After a Cy Young-winning 2012, Dickey hasn’t been able to gain any type of momentum since opening day; he has an 4.69 ERA and a losing record of 8-10 in 128.2/3 innings pitched. At the All-Star break last season, Dickey was 12-1 with a 2.30 ERA. So, to say the least, the first half of Dickey’s season has been less than impressive, and certainly not “ace” material. Although Dickey is not the only one having a lackluster season thus far; Mark Buehrle was 8-8 at this point last year with a 3.25 ERA. So far this year he has just five wins and ERA of 4.89, although his 77 strikeouts are fairly impressive compared to last year’s 66.

The offense has been a major disappointment this season too. After bringing in Reyes, Maicer Izturis, Emilio Bonifacio, and Cabrera, many thought that the Blue Jays would have one of the most potent line-ups all the way through the #9 hitter. Unfortunately, they just cannot seem to stay healthy. Reyes suffered an unfortunate injury right at the beginning of the season which forced him onto the 60 game Disabled List, leaving a huge hole in the line-up where, before his injury, Reyes was hitting just under .400 and was always a threat to steal when on base. Melky Cabrera was an interesting signing for the Blue Jays this offseason. He was released by the San Francisco Giants after testing positive for PEDs and served a 50-game ban from baseball. Anthopolous took a chance on Cabrera when he signed him in February and Melky has looked solid at times, but has recently landed himself on the DL as well. Prior to landing on the DL, Cabrera was hitting .278 with 3HR and 29RBI hitting primarily in the leadoff spot after Reyes was injured. Hopefully Cabrera will be able to regain his hitting stroke he had back in May when he went on a hitting frenzy.

One of the biggest question marks this season has been the play of Jose Bautista. He is said to be the heart and soul of the Blue Jays entering his 5th season in Toronto. His bat has been hot at times, but quiet more frequently. Bautista has hit 20 homeruns, and cashed in on 55 RBI, but his .254 batting average is the lowest since becoming a Blue Jay, and had just two hits in his final seven games going into the All-Star break.

There have been just a few bright spots found in the Jays line-up this year: Edwin Encarnacion, Adam Lind, Steve Delabar, and Brett Cecil. Delabar and Cecil have been lights out in the bullpen all season combining for an 8-1 record, with 113 strikeouts, and an ERA of 1.83 in 88.1/3 innings pitched. Those stats earned them both a spot on the American League All-Star team this week as they represented the northern side of the border. Another Blue Jay representing the AL was Edwin Encarnacion, who broke out onto the scene last year and followed it up with an All Star-worthy season with a batting average of .264, 25 homeruns and 72 RBI so far. Encarnacion has been the most consistent player on the Jays besides Lind, who is having a huge bounce back season after being demoted to AAA last year. With a batting average of .306, 11 homeruns and 37 RBI, Lind could be considered an All Star “snub” since, in the heat of the All Star race, his batting average passed .340 and he was getting on base almost every other at bat. At this point last season, Lind’s batting average was a measly .206 with just 7 homeruns, and 20 RBI. He should be in contention for the “Comeback Player of the Year” award this year if he can continue to play well through the second half of the season.

As a whole, the Blue Jays are having a fairly disappointing season and look to turn things around coming out of the break. Can Manager John Gibbons light a spark under the team? Can they stay healthy going forward? If this can happen then it should be expected for the Jays to make a push for the final Wildcard spot in the American League.