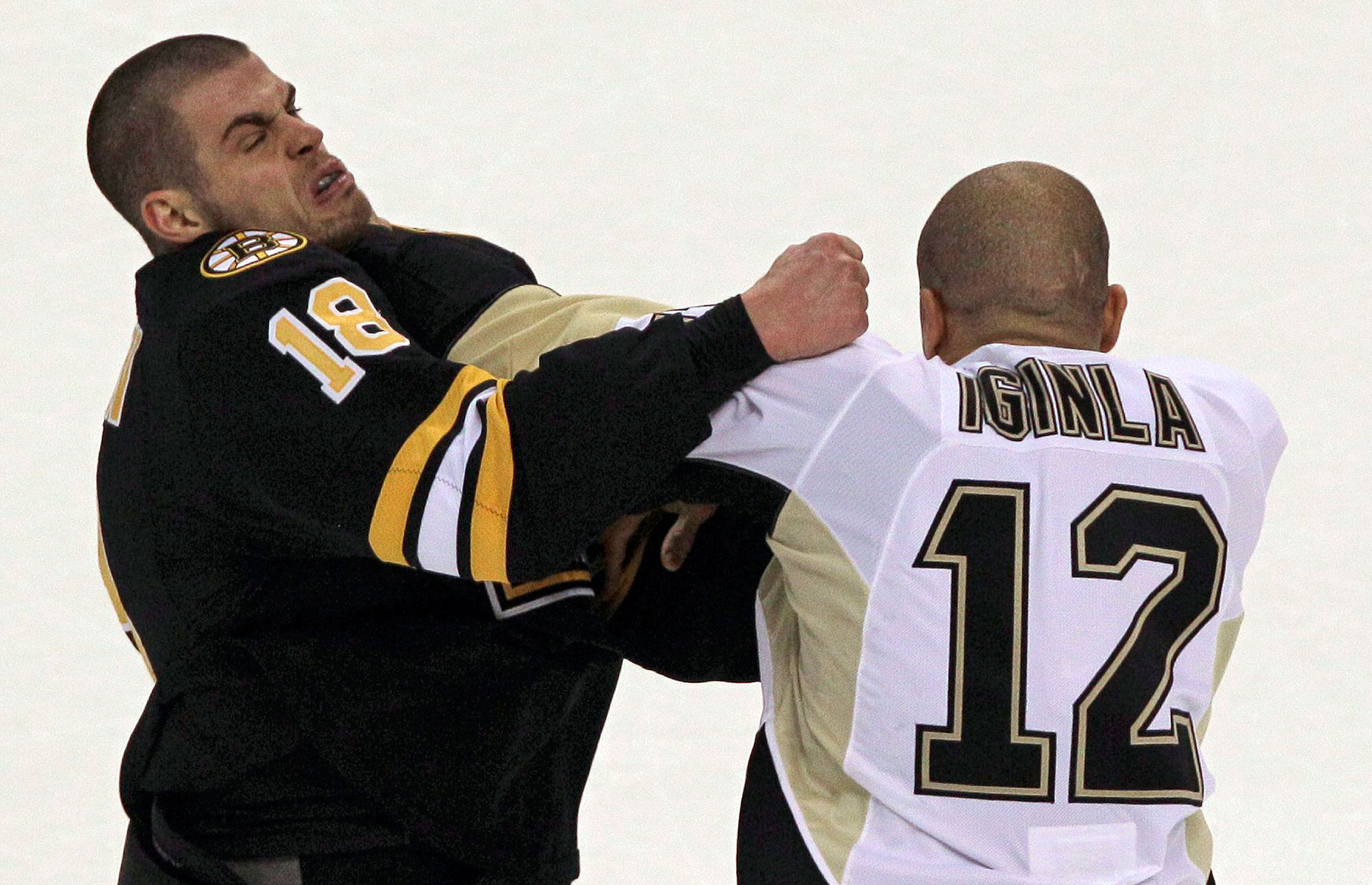 Just days before the trade deadline, Calgary Flames all-star veteran Jarome Iginla had been generating a lot of heated trade discussion around the league. There were seemingly four teams in the running for the all-star winger: Boston, Pittsburgh, Los Angeles, and Detroit.

Then, on the eve of March 27th, it seemed evident that the Boston Bruins and the Calgary Flames had agreed upon a deal that would make Iginla a Bruin. However, due to the no-trade clause agreement in his contract, he opted to go to Pittsburgh to play with Sidney Crosby, which inevitably put a halt on the Boston deal that seemed all but done. Iginla had abruptly been traded to the Pittsburgh Penguins for a 1st round pick, and the rights to Ben Hanowski and Kenneth Agostino.

Perhaps that whole ordeal was exactly what gave the Bruins the edge heading into the Eastern Conference Finals, where they eventually went on to sweep the Penguins in just four games. Iginla had a -4 plus/minus rating, and 0 points throughout the series. One would assume he’s not terribly pleased with the way he played in something as important as the Eastern Conference Final, most notably because it was against the Boston Bruins, the team he elected not to go to.

Not all the blame can be put on Iginla, though. The Pittsburgh Penguins only scored twice on Tuukka Rask (who has been arguably the best goalie in the playoffs). Crosby and Malkin both were nearly nonexistent, neither player recording a point throughout to entire series. It was the first time Crosby had gone 3 games without a point since 2009.

The Penguins now go into the offseason with a bitter taste in their mouths after being swept by the Bruins. Will there be change in Pittsburgh? Malkin’s name is being tossed around the trade rumor mill. Will they re-sign Iginla for another shot at the cup? Will he want to play there? Will Coach Dan Bylsma be the bench boss next season? All questions that will surely be seriously considered by GM Ray Shero as he heads into an offseason full of disappointment.