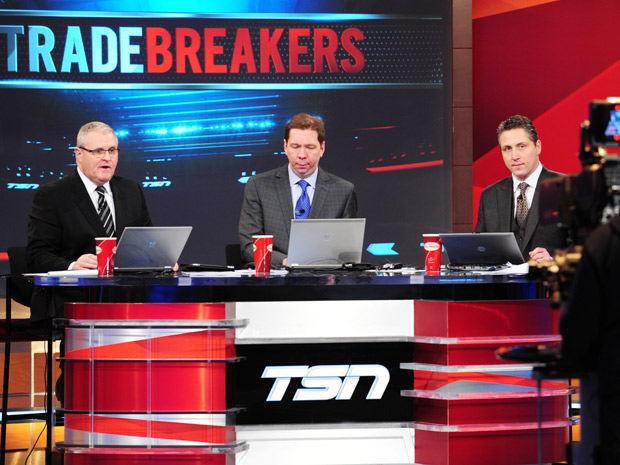 With the April 3rd trade deadline just around the corner, let’s take an in-depth look at who could potentially be on the move and where they would best fit. There has not been much activity on deadline day the past few years; last year only fifteen transactions were completed at the deadline and only seventeen the year before that. Many people thought that with the new CBA agreement there would be more trade activity because teams can now retain salary in trades. Trade deadline day is a day all hockey fans look forward to, hoping their favourite team makes a splash. Who will make the biggest splash this year?

There has been a lot of chatter on the heart and soul player of the Flames’ organization, Jarome Iginla. Iginla is a UFA at the end of the year and would be the best “rental player” option on April 3rd. Is it likely he’d be traded? Perhaps; but if he is to be dealt, he most certainly will go to a contending team in efforts to win a Stanley Cup. One of the teams that looks to be most interested in Iginla is the defending champs, the LA Kings. Could they possibly dangle Jonathon Bernier their way; it’s not like Mikka Kipprusoff is getting any younger.
Other Teams interested: Boston, Vancouver, and Pittsburgh.

Derek Roy is another name generating a lot of interest and he seems to be one of the only number one/two centermen available at this year’s trade deadline. The Stars have not been able to resign Roy, and contract talks have stalled; they will try to trade him at the deadline before he takes off in free agency like Brad Richards. The team that looks the most interested in Roy is the Vancouver Canucks- a team that is always in the hunt as a cup contender but injuries have them thin at center. Adding Roy would help their offense, which has been absent this season, and also boost the power-play- which is ranked 29th in the league- by having a true number two center on the ice.
Other Teams Interested: Anaheim, Toronto, and Winnipeg.

There are not many top four defenders available either, but the San Jose Sharks have been fielding calls from teams asking for the price of Dan Boyle. Boyle is not considered a rental player, since he is signed through next season with a cap hit at 6.5 million, meaning teams would have to pay big for a player of Boyle’s experience and caliber. A team that seems to be a good fit for Boyle would be the New York Rangers. With Marc Staal out indefinitely, the Rangers are in need of a top-tier defensemen to contend in the push for a postseason playoff spot.
Other Teams Interested: Carolina, Detroit, and Philadelphia

The past two seasons have been a bitter disappointment on deadline day; and with this shortened season, both conferences are neck in neck for the push to the playoffs. One thing seems certain: there will be plenty of buyers this year, but who will be selling? Less than six points is the difference between eighth and fourteenth in the East and only seven in the West; could this result in a lot of deal-making? Perhaps, but it could also mean the phones will be fairly quiet. It’s always a mystery how active the phones will be between now and the April 3rd trade deadline. Will there be a big splash this year or will deadline day generate a third year in a row on the decline?