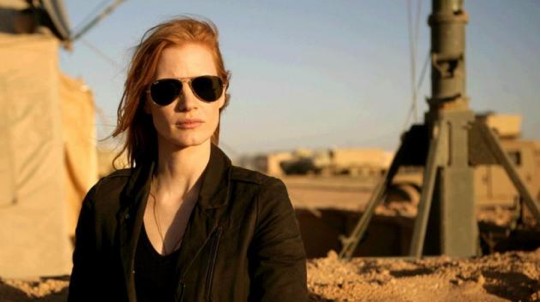 I’m going to start off what is going to be a negative review by saying something nice. I’m a fan of Kathryn Bigelow’s work. Point Break is a permanent member of my DVD collection and I thought The Hurt Locker was the best film of that particular year. I like her work and look forward to watching more movies in the hopefully not too distant future. Yet walking out of the theatre after viewing Zero Dark Thirty, the armour I wore when defending the Hurt Locker has been seriously damaged. Zero Dark Thirty is terribly written, badly acted and in the end was a long, boring and a grossly historically inaccurate film concerning the demise of one Osama Bin Laden. I watched the interview the Navy Seal gave on 60 minutes, it’s disappointing that his views and eye witness accounts were likely never taken into account. What really happened that day is just the tip of the iceberg to how poorly history is really perverted in what is clearly the biggest disappointment of 2012.

If there’s one thing that gets me it’s a movie that claims to be a true story and then misrepresents the real story to gross extremes. This clearly falls on the head of the writer, who twisted history just to add a few more explosions in a film that is all talk and very little action. When your movie runs over two and a half hours, there is no need to add scenes that are not linked to the main story just for the sake of adding another explosion. A good example would be the car bomb at the Karachi Marriot, which had nothing to do with the actual story and wasn’t necessary. Tossing in every single incident that occurred between 9/11 and the last scene tried to create an artificial suspense that really didn’t exist. It was poorly done, and looked melodramatic and completely unnecessary.

Then there was the car bomb at the base in Afghanistan that took place later on in the film. It was so poorly constructed that everyone in the theatre could tell the explosion was coming from a mile away. The fact that the main character wasn’t present clearly telegraphed to us that something was wrong. There was no surprise, it was just terrible. I honestly think the entire reason they tossed in an occasional explosion was just to make sure the audience hadn’t fallen asleep.

Now don’t get me wrong, I didn’t want wall to wall gunfights and violence to make it more interesting. The Hurt Locker didn’t have lots of those things and I loved watching that movie. The problem that spoils Zero Dark Thirty isn’t just its politics, but the fact that there is no conflict, something that is always needed when composing an inspiring film. This movie has no real conflict and without that you don’t have a story. Just because we know what happens in the end doesn’t spoil the conflict for us. We knew how Argo was going to end, but that film still managed to give us something to root for, but the characters in Zero Dark Thirty crash and burn when trying to inspire us to root for the alleged good guys.

That brings us to the actual good guys of this movie. They didn’t exactly win us over right from the beginning. If you want an audience to like your characters, introducing them as they’re torturing someone for intel is not exactly the right place to start. Then there was the cheap attempt to win sympathy for the torturers by starting the film with audio from 9/11. Some dope actually thought that if we listened to the audio of just a little bit of that terror, than we’d be angry enough to dismiss the torture we were about to witness. That dope couldn’t be more wrong. The torture scenes felt flat with me and I couldn’t care about the principal characters when they seem to think hurting people is excusable when trying to achieve an objective. They try to make us think that torture lead to Osama, but it didn’t. We learn that if the characters had spent more time catching up on their paper work when they were torturing people, they would have found the file that broke open the case a lot sooner than they did. The message I got: torture had nothing to do with what happened and should be abolished.

Zero Dark Thirty attempts to illustrate a powerful event in history, possibly one of the biggest since the death of Hitler and it’s a shame that the movie falls flat on its face. This movie was rushed to be the first on the big screen and in that rush this film will look more and more inaccurate years from now when more documents are declassified by the Pentagon. A movie like this would have been better made at least ten years after the fact when we all know for sure how things went down. Instead we have a film that will be regarded more as a work of fiction than something anyone will refer to as historically accurate. This movie felt like a fast food burger that was slapped together just to be first rather than make a product that will satisfy customers. Just terrible.

This bloated and self-righteous film ran too long, was boring and lacked the passion needed to keep us on the edge of our seats. Compared to other films that were based on history (Argo being a good example that comes to mind- there are ways to keep an audience enthralled in what’s going on) Zero Dark Thirty fails to do that and is one of the biggest disappointments of the year. I realize that not every film Ms. Bigelow makes is going to be as good as The Hurt Locker but this film was a terrible disappointment and one that you should avoid when spending your hard earned dollars at the box office and for popcorn. Avoid this stinker at all costs.