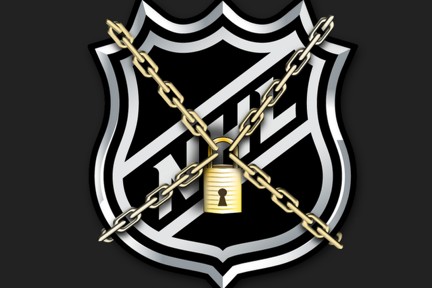 So the NHL Lockout is Over. So What?

Let’s start off with the obvious: am I happy to see this NHL lockout finally come to an end?

Yes, very much so.

Will I support the NHL whenever it decides to return?

Allow me make myself perfectly clear: if the NHL thinks that I’m going to forget the last several months of bullshit, they are sadly mistaken. I have zero intention of buying a single ticket, a single jersey or anything for that matter in foreseeable future. The NHL and the NHLPA may have finally able to settle their differences but I’m locking them out of my heart and my wallet. I refuse to support the NHL after forcing the fans to endure another long, heart breaking lockout.

When my son has a temper tantrum, should I reward him for finally stopping after kicking and screaming for 20 minutes? Nope, not going to happen and I feel the same way today when I look over at the NHL and the player’s union. I refuse to re-enforce bad behaviour and that is why I’m going to boycott the NHL this season and possibly next season. I’ve had it up to hear (picture me showing a hand at the level of my neck) with the league and the players putting their own self interests over the fans. Some fans might be willing to forgive and forget but I’m not. Not anytime soon.

While I’m pleased this lockout didn’t last as long as the previous one, it still lasted a good while and I for one am sick of it. With a full month of football left and baseball spring training starting in less than a month and a half, I feel no need to give the NHL a shred of my time. None whatsoever. They burned the bridge, so they can fix it. I’m going to stay on my side and do something else.

At the moment I couldn’t care less what happens in the NHL right now.

They are dead to me.