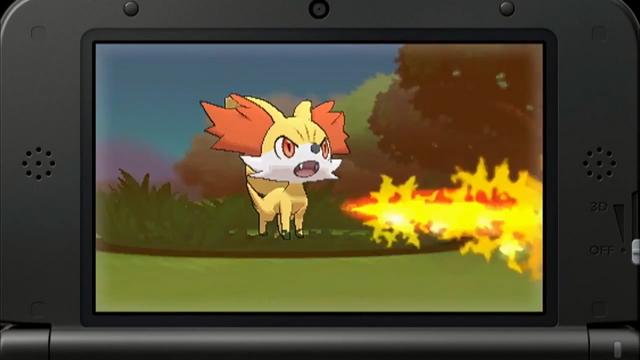 Nintendo announced late in December that company President Satoru Iwata would have major news for Pokémon fans this Tuesday, January 8th. Fans of the series have known that, based on Nintendo’s prior announcement patterns, something big was due; Iwata’s presence only made it that much more exciting.

That excitement came to fruition this morning, when Iwata and Nintendo announced the first pair of main-series Pokémon games for the Nintendo 3DS, Pokémon X and Pokémon Y. Better yet, X and Y will not only feature an entirely new batch of lovable Pokémon, but the first fully-3D rendered main series game in the  Pokémon franchise.

Fan reaction has been highly positive, with particular focus on the cute, pixelated-style 3D art. 3D battles are beautiful, and attack animations are reminiscent of the Nintendo 64 Pokémon Stadium games. The trailer showcases environments ranging from peaceful towns to extravagant European villas, one shot showcasing a structure that could potentially be the Eiffel Tower, potentially pointing to a setting loosely based on France. (Previous Pokémon games have all been mapped according to real-world regions, with the first games representing the area around Tokyo, and the more recent Black and White representing New York City.) In the official trailer, Pikachu’s Thundershock appears to be emanate from France’s approximate location, lending further support to this theory.

The trailer reveals the first five Pokémon of Generation VI: starters Chespin (a grass-type chipmunk with a chestnut hat), Fennekin (a fire-type Fennec fox), and Froakie (a water-type frog sporting pince-nez), and two legendaries, a large red and black bird, and a deer with large antlers, highly reminiscent of the God of the Forest in Princess Mononoke. Nintendo seems to have shown good judgment in these character designs: fan followings are already developing for the new starters, particularly Fennekin, who is something of a cross between the popular Pokémon Eevee and Ninetails.

Fans who were hoping for an announcement pertaining to the highly anticipated third generation remakes also have cause to rejoice. Nintendo historically builds its Pokémon remakes on the systems established in main series games, meaning that Pokémon Ruby, Sapphire and Emerald will likely see full 3D integration within the next few years.

Pokémon X and Y versions are scheduled for simultaneous world-wide release in October of 2013, and will be available exclusively on the Nintendo 3DS.