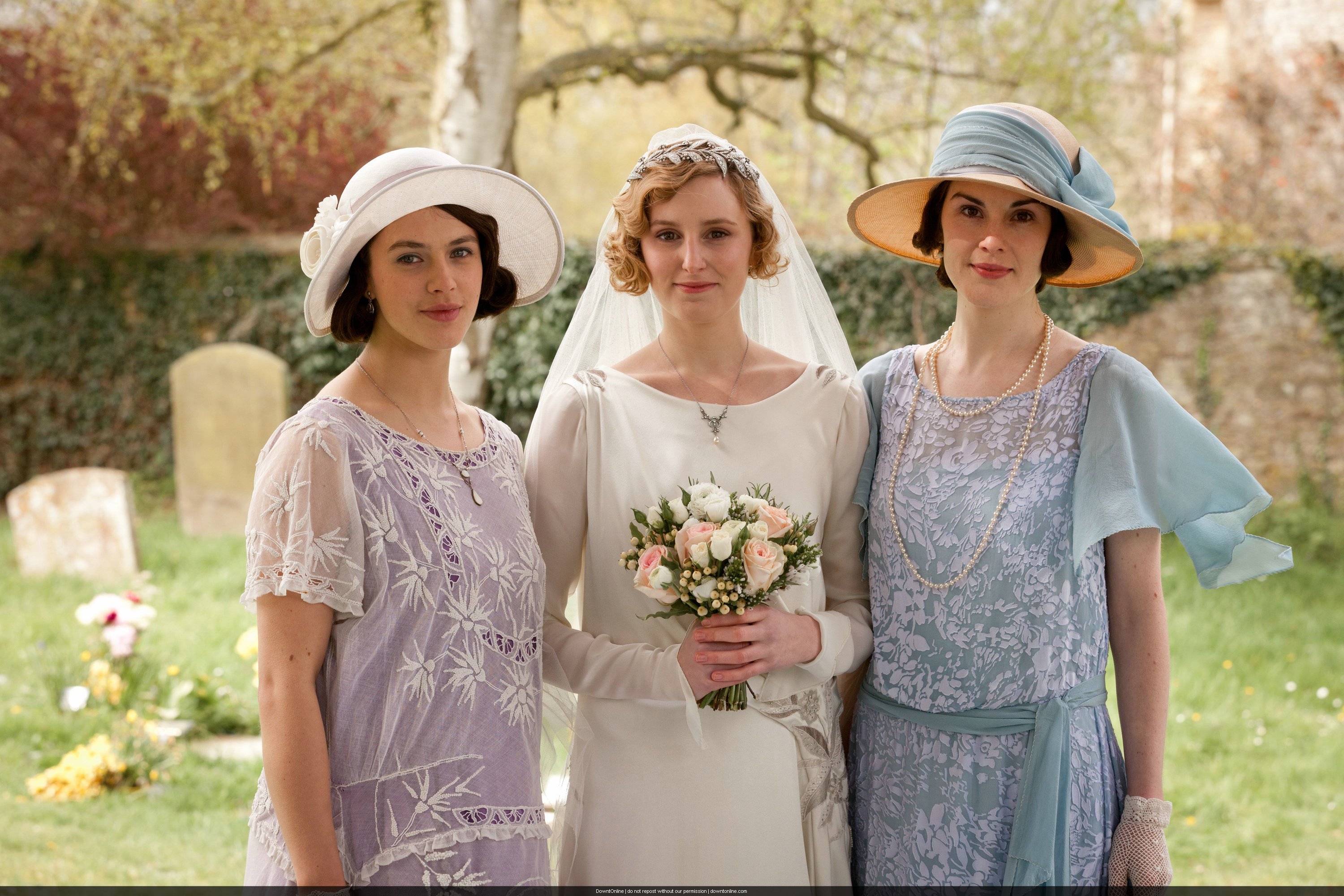 Downton Abbey can be a wildly inconsistent show. When it’s good, it’s an award winning period drama with plots that focus on historical and class issues. When it’s bad, it’s a melodrama with pretty costumes and plots worthy of the most ridiculous soap operas. It still wins awards, but you catch my drift. This week, Downton was good. It had one of its strongest and most daring episodes yet. Beware major spoilers ahead.

The episode started out normally, so when tragedy struck, it was after the audience was lulled into a false sense of security. There was plenty of typical ensemble drama to go around. Downstairs, Daisy, Alfred, Ivy and Jimmy are all experiencing some romantic difficulties. It’s a weird love triangle. Or square. Or something. If you add on top of that, Thomas’s crush on Jimmy, it’s a romantic mess for all the young single servants. This storyline works. There’s comedic relief in seeing Daisy, the least intimidating person ever being so catty to Ivy. But there’s also trouble brewing for Thomas. His unwanted advances towards Jimmy (encouraged by a vengeful O’Brien) are sure to cause some problems down the line.

Upstairs, Matthew wants to change the way Downton is managed, but is meeting some resistance. Robert hired a Sir Philip Tapsell to be pregnant Sybil’s doctor, while Cora wants Dr. Clarkson to deliver the baby. Edith has an opportunity to write a weekly column, but Robert and the Dowager Countess won’t hear of it. Seriously, after having Edith abandoned at the altar just a few episodes back, is it too much to ask that something goes her way?

There’s another subplot where Isobel hires Ethel, a former prostitute, and everyone is predictably scandalized. Isobel ignoring all social norms to do what she thinks is right is not new territory, and Ethel’s arc should have wrapped long ago. I care even less about Bates’ stint in jail and the related drama. With Ethel and Bates’ storylines, there are so many unnecessary complications that are created to drag out tired narratives. With an ensemble drama, there will always be a storyline or two that isn’t as compelling as the rest- it comes with the territory. But in this episode, there are far more urgent problems, and I found myself annoyed every time I was taken away from it and forced to try and care about Bates and Ethel.

Sybil’s storyline quickly emerged as the most prominent one. Dr. Clarkson is certain she is at risk for eclampsia, but Sir Philip disagrees. Robert sides with the rich, snobby doctor, while Cora thinks they should listen to Dr. Clarkson. She and the Dowager Countess think Tom should be the one to decide what to do. Robert rages that he’s the one paying for Sir Philip, and the master of the house. This obviously gives him authority over Cora, who has given birth three times and Tom, who is Sybil’s husband. Never mind Robert is a grown man who can’t have a basic medical conversation without getting embarrassed or squeamish. (Seriously, Robert. Weren’t you in the army? Shouldn’t you have a slightly stronger stomach?)

All this fretting was for naught. Just as Robert finally decides to fill Tom in on the potential danger Sybil is in, the baby comes. It’s a healthy girl. Tom and Sybil hold their daughter and are an adorable happy family.

Then all hell breaks loose.

Sybil starts to have seizures. Clarkson was right- she has eclampsia. But it’s too late to do anything. The Crawley family has to stand and watch as the youngest daughter dies. The entire cast delivered in this scene, but Allen Leech (Tom) and Elizabeth McGovern (Cora) were standouts.

The aftermath was just as upsetting as watching Sybil die a horrible death. There was such a wide range of reactions in the household – hysterics, quiet tears, and numbness. Thomas’s reaction was surprisingly potent. He cried, admitting Sybil was one of the few people in his life who was nice to him. If Thomas is crying, you know it’s bad. The Dowager Countess also broke my heart when reacting to her granddaughter’s death. In true Dowager Countess form, she tried contain her feelings under English stoicism. But the façade cracked, her grief leaked through, and it was painful to watch.

The Downton crew deserves props for keeping a major character death under wraps. In the Internet age, with a show as popular as Downton, that’s impressive. We had been warned there would be a death this season. But Carson had heart troubles last season, and Mrs. Hughes had a cancer scare. There were a lot of red herrings, and it seemed unlikely a young, healthy, popular character would die. When you live somewhere with easy medical access, it’s easy to forget how terrifying and dangerous childbirth can be, so I was never that concerned for Sybil’s welfare.

It was a gusty move to kill off arguably the most likeable Crawley sister. But it was a smart move. It had some real emotional impact, and creates more potential drama than it took away. With Tom forbidden from returning to Ireland, it looked like the happily married Bransons were at Downton to stay. That’s not to say the relationship was without any problems. But (cheesy as this sounds) Sybil and Tom’s love for each other let them work through any marital woes. From the beginning, Sybil and Tom have been destabilizing agents at Downton. Radicals, their modern way of thinking threatened the Crawley’s sense of tradition and forced them to face the modern world. Happily married Sybil and Tom do not serve this purpose any more.  Tom the widower is much more volatile addition to the Crawley family than a Tom tempered by Sybil.

Sybil’s death also drove a wedge between Cora and Robert. Cora is furious Robert wouldn’t heed Dr. Clarkson’s warnings. Whether this is fair or not is up for debate, but judging from the previews for next week, this is far from over. This week’s episode wasn’t flawless, but it was a strong, daring episode, and I show will capitalize on the intelligent risks it took.

And for those of you that need a pick-me-up, follow Retta’s Twitter. Like her Parks and Rec counterpart, Retta livetweets TV shows, and she’s been watching Downton. Perhaps she will be able to cast a comedic light on one of the show’s more tragic episodes.