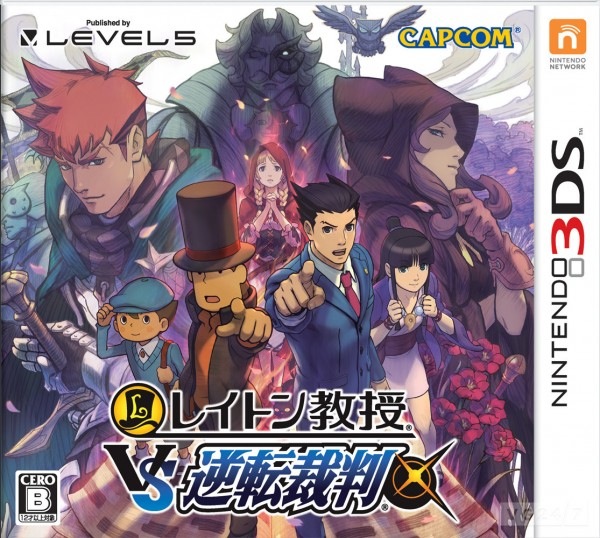 No Date for Professor Layton vs. Ace Attorney in The US

As we approach the November 29, 2012 release date for Level-5 and Capcom’s highly anticipated Nintendo 3DS collaboration, Professor Layton vs. Ace Attorney, a US release date remains to be seen.

Professor Layton vs. Ace Attorney (“PL v. AA”) was announced two years ago, on October 12, 2010, at the Level-5 Vision 2010 press conference to great fanfare. The game pits two of Nintendo’s most brilliant hand-held mystery solvers against one another in a witch trial to determine the fate of Mahone, a young girl accused of plaguing Labyrinth City with witchcraft.

Professor Layton and Ace Attorney are both globally acclaimed series, and fans have been chomping at the bit to get more information on a US release. In July 2011, fans chose PL v. AA by a margin of nearly 50% in a Level-5 Facebook poll designed to gauge interest in Japan-only titles. Since then, the issuance of English language press releases and the game’s presence on retail websites has generally suggested that the game would be heading state-side, but fans have yet to receive the confirmation they’ve been waiting for.

Look for more activity on this title once Japanese sales numbers are released in December. In the meantime, fans can busy themselves with Level-5’s newest American release, Professor Layton and the Miracle Mask, available in North America for the Nintendo 3DS on October 28th.