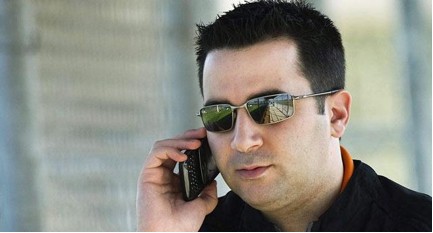 Alex on the Hot Seat

This time last year the Blue Jays were in hot water with their fanbase. When General Manager Alex Anthopoulos failed to land Yu Darvish (despite claims made the entire weekend that the Jays got him) and didn’t even bother to make an offer to Prince Fielder, fans were less than impressed. Then Anthopoulos really stepped in it when he said that the Jays were under ‘budget constraints’ and fans pretty much flipped out.

Combine that with a discourteous comment made by team President Paul Beeston that Jays fans had to come out to the games before the Jays made a commitment to payroll and that was the final straw. Angry fans made themselves heard by screaming their annoyance on countless chat boards and even shouted at Anthopoulos and Beeston during the ‘state of the franchise’ meeting at the Rogers Centre to voice their displeasure. Going into this off season Blue Jay fans are still very frustrated and for good reason.

According to a 2009 article in Forbes Magazine, the Blue Jays have the wealthiest “owner” in all of baseball: Rogers Communications. The company that owns the Blue Jays is worth $16.75 billion which is more than most owners by more than double. Despite that fact, the Jays are in the bottom half when it comes to player payroll. This led fans to accuse the Blue Jays and Rogers Communications of being cheap. While no one expects the Jays to match what the top spenders are forking out, not even spending half then expecting the same results is ludicrous and sounds rather cheap considering how rich our owner is. When the Blue Jays won back to back World Championships in ’92 and ’93, the Blue Jays had the highest payroll in baseball both years. Coincidence? I don’t think so.

Baseball is no different than any other business: if you want to make money, you have to spend money. If you are unwilling to invest in your own product, how will you ever convince anyone else to invest in it too? It’s business 101 for crying out loud.

This off season Jays fans are still unhappy, even more so than last year. The entire Farrell fiasco wasn’t a good way to start the season. Blue Jay fans are now thinking that the reason the team didn’t compete is because our manager’s head wasn’t in the game because he didn’t want to be there. Then there’s the fact that both players the fans wanted Anthopoulos to go after last year- Yu Darvish and Prince Fielder- played baseball in October this year, something the Blue Jays haven’t done in twenty years.

After Farrell’s defection, the organization has to do something to drive fans back to the Roger’s Centre. Fans are tired of the team being out of contention by the trade deadline and want a team that is still in the hunt by September. Anthopoulos needs to go out and sign the big free agent, and Rogers needs to loosen the purse strings and let him.

The Jays also need to hire a manager who isn’t a rookie and has actual playoff experience. That means interviewing experienced managers like Mike Hargrove, Joe Torre, Tony La Russa and even recently dismissed managers Bobby Valentine and Ozzie Guillen. Like many fans, I’m tired of rookie managers learning on the job while another season gets pissed away. The Jays do not need another Rookie manager, we need a leader to steer this ship back to the post season.

When it’s all said and done, Beeston and Anthopoulos need to understand that there is no one left to throw under the bus. If the Jays fail to compete in 2013, it’s their firing fans will be calling for next.