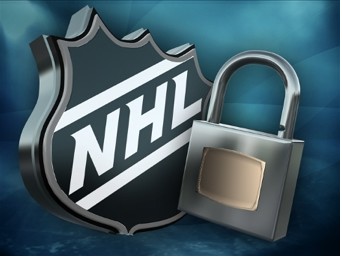 Has that really sunk in for most NHL fans yet?

I know what most people are thinking: here we go again! This year’s lockout is déjà vu for NHL fans who still remember the sting of losing the entire 2003-2004 season. One would hope that the NHL and the NHLPA would have learned from that horrible year, but as we can see obviously they most certainly did not.

During the last lockout I was on the side of the owners. I was in support of a salary cap and I wanted the field to be even for all teams rather than just those who had the most money to toss around. This time around, I am not on the side of the owners. This lockout was unnecessary, and they know it. The reason why the owners are locking anyone out is because of how successful it was the last time around. They’re willing to screw with the fans just to hand the players another helping of crow and get what they want in the process. I’m not saying everything was perfect in the NHL, but the issues they are talking about could have been resolved had talks started a lot earlier than they did.

The NHL has been doing better over the last few years than it ever has before, and it appears Gary Bettman and company couldn’t care less. Forget the fact that many fans are still reeling from losing a season to a work stoppage. Forget the fact that the players made some pretty good concessions leading up to the deadline on September 15th. The owners are not out to win, they are out to obliterate their opposition. This smacks of a personal vendetta, and the NHL is playing chicken with the 2012-2013 season, possibly more.

That brings us to the players. The NHLPA has been a bit of a mess since they got their asses handed to them after the last lockout. The union pretty much self-destructed and crumbled beneath Bob Goodenow’s feet, which resulted in the union having to swallow a really bad deal. The players were able to find some loopholes and made the best out of the current CBA, which is pretty much the real reason why the NHL is locking them out again: to make sure they can actually take the screws to the NHLPA without any loopholes this time.

This time the players have another strong leader standing up for them, former baseball union leader Donald Fehr. You remember this guy, right? The same dude whose player strike resulted in the loss of the 1994 World Series? I’m sure fans in Montreal are not very fond of Mr. Fehr, but the players did need someone big to step up and look down at Mr. Bettman at the negotiating table. Someone who would command a lot of attention and make sure the players would be heard. While hiring Fehr was a good tactic on the part of the NHLPA, it was obvious to many that getting someone as outspoken as Fehr is pretty much another good reason why we find ourselves once again locked out. The players are trying to regain some footing that they lost during the last lockout, and the NHL wants to see nothing like that happen at all. Fehr’s game of chicken with Bettman started the moment the NHLPA hired him, and that was the moment I knew the NHL was going to have another labour stoppage.

Many people want to know how long this lockout is going to last and that is a very reasonable question. I could tell you that the NHL and the players will see the air of their ways and rush to end it quickly, but that would be a lie. This isn’t going to be a short lockout and I would be sincerely surprised if there was a single game this season. How long this lockout lasts will ultimately be up to the NHLPA. You can already tell the NHL is bunkered in and ready to stay locked out long term. How long this really goes will depend on how long the players stay united behind their new leader. I wouldn’t be surprised if this lockout lasts more than a single season, but I personally hope not.

We have a good idea on what’s going to happen next. Players who can will start playing for leagues in Europe or even the KHL to make a little money while waiting for the NHL to come to its senses. I don’t know about you, but this would be a rather good time to have another World Cup / Canada Cup tournament, maybe around Christmas time? Why not since everyone is available to play, right? If the NHLPA was really smart, they would do a tour of the US/Canada and do a skills competition and all star game every weekend. Offer tickets for decent prices (which fans will like) and broadcast them every week. I don’t know about you, but I’d tune in every week for that. Might even buy a ticket and attend an event in person just as my own person up yours to Gary Bettman.

While it will be very interesting to see how things play out, in the meantime we all have to be a little patient and hope that everyone comes to their senses and think of the fans over their own self interests. Forgive me if I don’t hold my breath on that one.