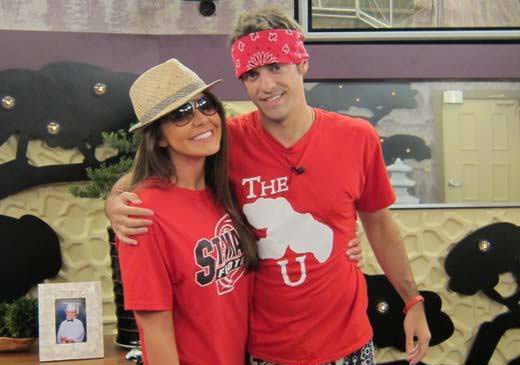 On the eve of the Big Brother season finale, I want to take this moment to share a common concern about this game.  This concern has been festering in my mind for the majority of the season, especially toward the last couple of weeks. I, like most fans of the game, love watching players pull fast-ones on each other and typically route for the strategic houseguests to take home the grand prize. In the past, this love for strategy has not always gone hand-in-hand with my own moral code.

Let’s take a moment to backtrack. Sunday’s episode was for the most part a well-crafted re-cap. Viewers got to watch the final three sit around and reminisce. It was essentially a highlight show replaying some of the most talked-about moments of the season (ie. Dan’s funeral and Willie’s exit), but it also gave viewers a chance to see some entertaining unaired scenes (ie. Britney’s mediating session with Shane and Danielle and Britney’s destruction of the teddy bear…basically, Britney does nothing wrong in my mind). The real meat of the episode, however, occurred in the very beginning.

We picked up right where the previous episode left off: Dan’s betrayal of Danielle and the aftermath. Dan swears that he’s looking out for her own good and that he just paved the way for Danielle making it to the final two. Of course, he’s full of crap. What Dan did, in his mind, was guarantee himself a spot in the finals. I could talk about this conversation for pages and pages, but the bottom line is it’s hard to tell if Danielle bought in to his lies. According to her diary room confessionals, it would seem that she’s lost all trust (and it would be about darn time). Regardless, until the HOH plays out we won’t even know if Danielle has the chance to pick a side. The really interesting part of Shane’s entire eviction was actually right when he left the house. Dan whispered into Shane’s ear that Danielle had been playing him this whole time and to “just ask Jenn”.

And here, ladies and gentleman, is where I lose a tremendous amount of respect for arguably one of the greatest players this game has ever seen. I’ll freely admit that I don’t have the highest level of moral standards, but I also believe in karma. Dan deserves a good karma kick in the ass. Not only has he lied to almost everyone in the game, but he really did just throw his number one ally under the bus (again). One could argue that his “funeral” was an attempt to look out for himself and Danielle, but this latest piece of betrayal clearly shows he cares only about himself. The moral card is a hard one to judge when it comes to games based on lies and manipulations, but it should count for someone. Danielle whole-heartedly trusted Dan (to the point where she got her house boyfriend evicted because of how much she trusted Dan). Danielle may come across as a naïve player, but she did what most people do in this game: form a strong alliance and stick to it. Depending on how this HOH competition goes, Dan could go down as the most evil player in the history of the game.

The bottom line is I wanted to route for Dan. I finally got over his eviction of Britney because I realized he had no other option, but I cannot and will not get over this latest betrayal of Danielle. We’re all human at the end of the day, which means that emotions DO count for something. He may have played a savvy game, but Dan doesn’t deserve that half a million. Nobody as selfish as he is ever should be rewarded.

For the record: Ian should win this game. Danielle should win HOH and screw Dan over much like he screwed her. Regardless of the outcome, I cannot wait until the finale.