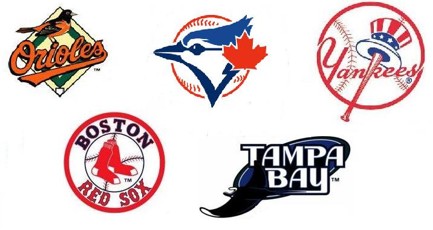 Last week was the All-Star break.

Usually around this time, I like to look back and reflect on what kind of season we’ve seen so far. From what I can tell, 2012 has been a very memorable year so far. If you had told me in the spring that every team in the AL East would be at or above .500 at the all star break, I would have called you insane. Then again, if you’d also told me that Cliff Lee would only have one win at the break and that the Phillies would be in last place in the NL East, I would have been on the floor, laughing. It turns out, both of those things have happened in the first half of the 2012 season and that leaves this baseball fan dying to see what happens next.

Let’s break things down in the AL East, which I’ve always called the “AL Beast”. While my beloved Blue Jays are in last place, almost ten games behind the Evil Empire, the Jays are still very much in contention for one of the two wildcards available this year. Every team in the AL East, even those surprising Orioles, have a shot at the post-season this time around, but only a maximum of three can make it. Two teams are going to be left out of the loop, possibly three since the Angels of Los Angeles and the Cleveland Indians could make the wildcard race a little more interesting.

To the teams in the AL Central and the AL West who still have a lot of games left to play against the AL Beast: it really sucks to be you. Just pack your golf bags now cause chances are you are going to lose close to 80% of those games against the toughest division in all of baseball.

This brings me to another thing: the unbalanced playing schedule. If Justin Verlander wins 24 games in the AL Central, should he really get more respect for playing in what is obviously a weaker division? I mean, if Ricky Romero played for the Tigers next year instead of the Blue Jays, I am pretty sure he would win 24 games too (if he got extra games against the Royals, Twins and Indians rather than the Red Sox, Rays and Yankees). Another problem is inter-league play. If a team in the NL has to take on the AL East while other teams have to take on the weaker divisions, is that really fair?

Eighty wins in the AL East mean a lot more than eighty wins in the NL Central. This is why baseball needs to go back to a balanced schedule. It’s not fair that one team has to take on the best in baseball 20% more often than a team from a west coast division. Since teams are all competing for the same wildcards, this presents an unfair advantage for the teams who are not a part of the AL East. This is a problem that Bud Selig will have to take care of because if teams in every division are going to compete for the same playoff spots, then they should all have to take on every team in the league the exact same amount of times, no exceptions. Selig will, however, never consider this because it could also mean dumping inter-league play.

The whole purpose of divisions is to guarantee that one team from each region makes the playoffs. Yet when one division is dominating as much as the AL East is right now, that makes it unfair to the teams in that division to watch a team with a lower record make the playoffs ahead of them and possibly win a championship. This doesn’t seem very fair and either baseball has to consider making more radical changes to the playoffs or return to a balanced schedule.

As a Blue Jay fan, I’d rather see a balanced schedule. The AL East makes it tougher for my team to be above five hundred as opposed to a team in another weaker division. This unfair schedule has to end. I am getting tired of watching teams with worse records than my team make the playoffs. The Jays haven’t been to the post-season since 1993, and MLB isn’t making it easier for them thanks to an unbalanced schedule in the toughest league in all of baseball.

One thing is for sure however, when (or if) the Blue Jays ever do make the playoffs… no one will ever accuse them of not earning it, coming out of that division. Ditto for the Rays or Orioles.

Editor’s Note: the realities of playing in the ALE have long plagued Blue Jays fans since the payroll advantages enjoyed by the Yankees and Red Sox have kept us in third place, just shy of the wildcard. But with the new wildcard in play, that argument goes out the window. In a rare post-2004 season where the Red Sox are struggling, now would historically be the time for the Toronto Blue Jays to take that 2nd place spot, or at the very least the 3rd place spot . But this past decade has moved our team another rung down the ladder to form our new comfort zone in 4th place, after the Tampa Bay Rays- a team that built itself up from last place with judicious draft picks and smart trades to become a real contender in the MLB at large. Luckily, we always had Baltimore- a team against whom we’d won something like 26 games in a row. But not anymore. Baltimore, like the Rays before them, has picked its team up by the bootstraps to take second place in the toughest division in the world. As of today, four of the five teams in the ALE are within 1.5 games of each other and for the first time in decades it is really truly anyone’s game. It’s sad that we’re competing for second place (Damn Yankees and their unfathomable 54-34 record) but that competition for second place is fairgame and heating up. Currently tied for 4th/5th while over .500, it’s easy for Blue Jay fans to feel like we’re up against a group of Goliaths. But don’t forget that it’s not just the Yankees, the Sox, the Rays and the Orioles people are afraid to play in the ALE. We’re part of the beast too, and we’re coming for you.