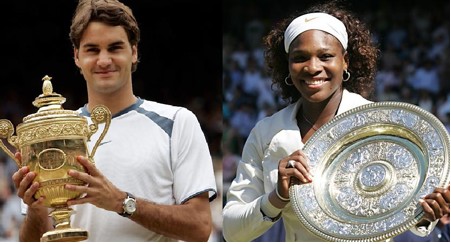 Let’s say there is a law firm that hires two people, one man and one woman. Both of them are offered the same contract and the same pay but for some reason the woman is being asked to do more work. The man hired doesn’t do as much as the woman does but still gets the same pay. For the last few decades many people have not hesitated to call out this sexist act for the discrimination that it is. If she is doing more work, why shouldn’t she make more money for her efforts? Why is that lazy man getting the same pay for doing less work? If one person is doing more work than another, which do you think should get a raise when the boss does their annual reviews?

In grand slam tournaments, single matches for men are best of five sets. If a match were to go five full sets, it can be exhausting and sometimes lead to injury if a player does a few rounds of that in a row. There have been numerous examples of male players needing help with cramping calves or having to retire because of one marathon match after another. The women, by comparison, only play a best of three set match- a less demanding setup that makes for smaller risk in terms of injury and exhaustion for the women. Best of Five is a harder match than Best of Three, it’s that simple. So why do the women deserve the same pay as the men who are simply playing more tennis?

In order to determine the difference between the two singles tournaments, let’s break down what happened this year at Wimbledon. Let’s take a look at the statistics of each singles champion:

When you look at these statistics, can anyone really argue that Federer didn’t in fact earn that extra fifty-three thousand pounds? Nine extra sets, sixty-seven extra games and a total of over two-hundred and fifty extra points over the women’s champion, Serena Williams. There is a reason why the male champion made more money this year- he played more, he scored more, he won more. Equal pay is absolutely deserved if both people (regardless of gender) are doing the same work to earn it. If you are doing more work than your counterpart, then you do in fact deserve to get more pay. If we’re insisting on equal pay for Wimbledon winners, the women’s tournaments should also be best of five sets. Until that happens, it’s not fair to award more for less.