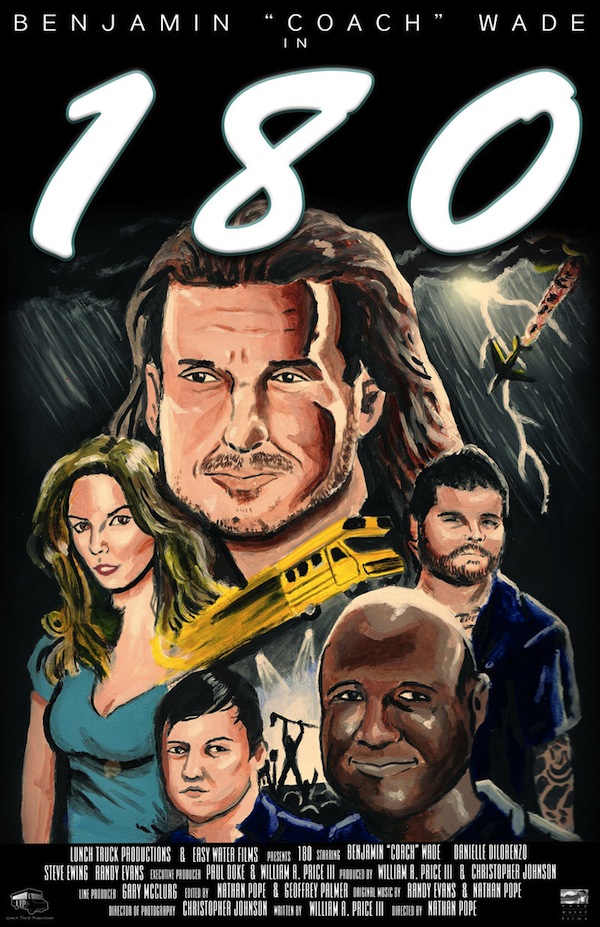 Most reality stars want to break into “the biz”. Some of them even manage to do it, whether it be on a TV show about home renovation/real estate (The Bachelorette‘s Jillian Harris on Extreme Makeover: Home Edition or Survivor‘s Russell Hantz on Flipped Off), travelling the world in weird ways (Boston Rob’s Around the World in 80 Ways or the rotating roster of reality favourites who’ve headed up CBS’s online adventure Around the World for Free), a makeover project (Big Brother’s Dr. Will on Dr. 90210) or just a show where people argue a lot  (Survivor‘s Elizabeth Hasselbeck on The View). Some “reality” folk take their time post-Dancing with the Stars stint to write books (okay, mostly Snooki and the Real Housewives, but also Project Runway‘s Laura Bennett, the “funny” Bachelor Bob Guiney, Kate Gosselin, Omarosa*!* and that chick from The Hills) and every once in awhile a runner-up from somewhere will show up in a major Hollywood project (this last one really just applies to Katherine McPhee and her unlikely luck in landing Smash). But, for the most part, the ones who manage to become real semi-stars are those who stick as close to unscripted fare as possible. The reason for that is pretty easy to figure out- these people were cast for being interesting humans likely to say intriguing/funny/embarrassing/awesome things off the cuff; that in no way makes them qualified to be actors. It just qualifies them to be on TV.

This fact was never more clear than when I took a look at 180, the new movie starring Survivor‘s Coach Wade and Danielle DiLorenzo. Let’s leave Danielle out of this since she’s about as interesting and engaging in the film as she is on TV- meaning decently but not very. The interesting figure is Coach. Good luck trying to convince me that there’s ever been anyone in reality TV history as personally intriguing as Coach. All my other favourites were masters of their game (Rob Mariano, Will Kirby) or standout talents (Seth Aaron Henderson, Michael Voltaggio) who also happened to be semi-sane/tolerable and/or pretty funny/clever. But Coach, over 3 seasons of Survivor, read more like an actual character some highly imaginative crazy person thought up and wrote into a TV script as a foil to the ever-even Jeff Probst. He has a compelling moral code, a quirky-smart turn of phrase, and more diverse interests than anyone else on the planet. Coach, as Coach, is a truly fascinating creature. The trouble is, when you put him in a movie, he no longer gets to be Coach (and if being yourself is a skill, I’d say it’s Coach’s strongest, even before trumpet-playing, spontaneous tai chi, and convincing god-fearing hungry people not to vote him off an island). Rocky acting technique aside, Coach isn’t able to be any more compelling as someone else than he always has been as himself.

Said character who’s not as awesome as real Coach in 180 is Gavin Larson, a washed-up jerk-face rock star haunted by the plane crash deaths of not only his bandmates but *spoiler alert* the lesbian groupie he was in love with. DiLorenzo (who isn’t an actor either but fares better than most of the others) plays Tuesday (yes, her name is Tuesday), the former manager of the Larson-fronted “Zebras” whose rocky past relationship with good-ole Gavin left her heartbroken and bitter and trying to avoid being roped into helping him establish a new band. The love story doesn’t read at all but I’m willing to put that up to chemistry over storytelling. What does sort of work, in a very odd way, is the chemistry that develops between Larson and the rag-tag band he assembles to replace the fallen “Zebras” (they’re called “The Janitors” for no particularly good reason). Bill Nguyen plays a hyperactive annoyance, but Steve Ewing is intriguing as the mostly silent Woody, until he starts owning more of the subplot, then he’s less intriguing. The best thing about 180 is hands down Randy Evans as Marvin. Larson’s most reluctant and wounded recruit, Marvin is the voice of reason in the hare-brained story and the loudest voice calling the self-involved and drug-addled rocker out on his crap (of which there is a lot). He’s also touchingly kind, under a healthy layer of sarcasm, and idiotically/inspiringly loyal. For the most part, Evans is the only actor in the group who feels at all seasoned, delivering real moments of believability within a film that is generally very false.

The camera work in 180 is incredibly amateur and the script needs at least one polish (and maybe a small dose of anything unexpected) but at least the latter of those two would be greatly unburdened by a cast who knew what they were doing. I understand the appeal of casting reality stars, especially one as famously interesting as Coach Wade, but you can’t take for granted acting ability. It’s a craft entirely harder than it looks and almost no one can jump right into a feature having only ever played themselves. Evans aside, every cast member reads their lines as if reading them right off the page, and character development is as basic and superficial as you might expect from non-actors. 180 is a good, if familiar, story idea and I absolutely get what the producers were trying to do with Coach, bringing in some of his less-admirable but still-famous traits to pair with charisma that could be construed as leading-man-esque. Unfortunately it just doesn’t work; the film’s just not quite as professionally executed as it needs to be. If the character of Marvin can be well-written, well-acted and not-terribly shot, there’s no reason the same crew can’t figure out how to pull that off more consistently. It just feels like everyone across the board on 180 needs a bit more practice at this whole movie-making thing.