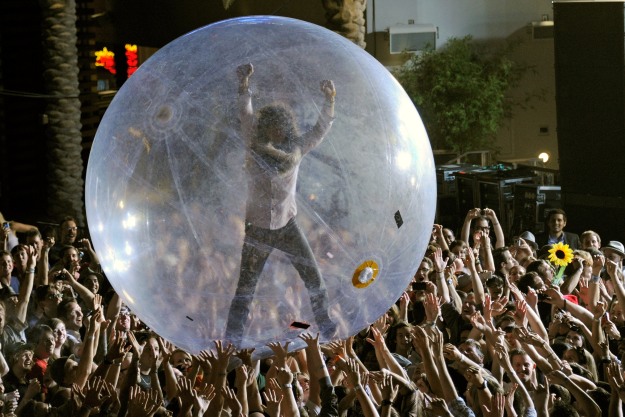 For some, music is a religion and concerts and festivals are the pilgrimages we make in order to satisfy our faith; they are a rite of passage. This is why I am proud to say that I have entered into that rite of passage right here in the center of Canada’s biggest music city during the North by Northeast (NXNE) Festivals and Conference.

The atmosphere was buzzing down at the Hyatt Regency Hotel in Toronto (home of the festival headquarters) as musicians, journalists and fans scrambled around to get in line for their passes. Heads were constantly turning to find out what was going on as vendors and performing artists tried their best to steal the attention away from each other. In short, the place was a hot mess.

The conferences were informative, offering media, entrepreneurs and the curious insight into everything from the state of the current music biz to the best suburban punk rockers of the 70s. Thanks to panelists such as Damien Abraham of the band Fucked Up and author Sam Sutherland (to name a few) the conferences felt more like a conversation with friends than anything else, and it’s a good thing that the rest of the events followed suit and the festival turned out to be one giant party with friends (random friends met after drinking a few to many).

The shows (which most definitely lived up to all the hype) were never ending and by the third day there was not a bar in Toronto that wasn’t filled with people and loud music till 4 a.m. (yes, last call was extended 4 a.m. almost every night). Aside from headliners like The Flaming Lips whose front man walked onto the crowd at Yonge & Dundas Square in a giant plastic ball, it was the smaller indie artists who created much of the buzz and filled up the venues with curious fans looking for the next best thing. It might even be safe to say that NXNE has turned itself into Canada’s Coachella of indie and emerging musicians. Here are some that I thought were worth the hype:

Tamara Nile (a.k.a. T.Nile) can light up a room with her charming boho vibe. Her sound is calming and bursts with the style of east coast, folk tunes (even though she writes most of her songs on Galiano Island). Her music sounds like a collection of lullabies and is perfect to relax to or strum along on your acoustic to.

She is absolutely charming.

Dave Borins and his band rank as an edgier (and a more manly) version of Mumford and Sons, falling somewhere between classic rock and country (some of their songs would fit perfectly onto a Sheepdogs album). Though their tunes are drenched with catchy fiddle melodies, there is an eclectic, indie undertone driving through the core of their songs. The mixture of tones and genres is enough to make one confused – are they indie? Country? Folk? Once you decide that it doesn’t really matter, you get to laugh, fight back the tears or get up and dance. And if you’re a Toronto Native like Borins himself, you can reminisce over songs about highway 401.

They throw a hell of a live show.

Even though these guys are considered to have “made it” in the industry, I still think that they aren’t as well-known as they should be, and it definitely feels that way. Seeing them live feels like seeing your friend’s band play, and I mean this in the best way possible – they put on an honest show and play for the crowd, not the cameras.

Playing hits like “Juliette” and “Americanarama” from their album Record in a Bag, Hollerado also threw some new projects into the mix that sounded very promising and true to their Canadian rocker roots.

These guys can perform live and their instrumentals are always bang on. It’s like you’re listing to their album, only louder and with crowd noise surrounding you.

All I can say about Art vs. Science is that if you like techno dance music infused with guitar riffs that mimic heavy rock bands, then you’ll probably dig these guys. If you haven’t already heard of them then you should Google them right now because their music can satisfy your hyperactive moods – and they’re Australian, which automatically makes them cool.

Maybe you’ve already claimed your rite of passage at some other festival, but I highly recommend that anyone who is a true music lover check out NXNE next year and would urge those guilty of creating hipster holes to stay far away – we’re here to party.