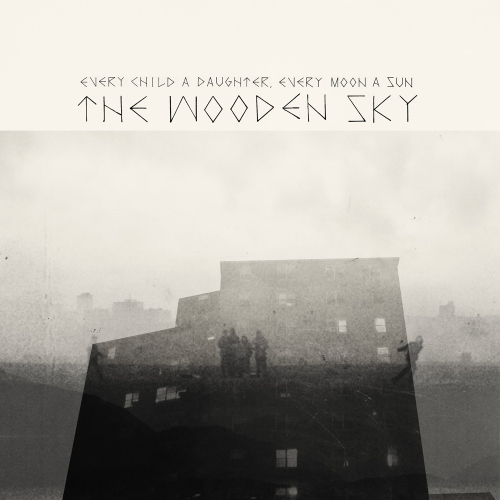 The Wooden Sky- Every Child a Daughter, Every Moon a Sun

Following the release of Lost at Sea (2007) and If I Don’t Come Home You’ll Know I’m Gone (2009) The Wooden Sky has been working feverishly in the studio to finish their third and much anticipated album. Every Child a Daughter, Every Moon a Sun was released in late February and plays host to a different side of this five piece, Toronto based folk- rock group. What was once a heavier indie sound accompanied by fiddles and upbeat rock music, is now a more subtle, and delicate compilation of tunes, showing a calmer and more mature side of The Wooden Sky.

Although there is still the familiarity of the grassroots, Eastern Canadian folk feel that fans fell in love with from the their first release, The Wooden Sky have attempted to stretch their musical abilities and spill right into genres that were new to their sound. This time using brass instrumentals and even louder synths (not to mention a new hint of grunge-sounding guitar riffs), added an unfamiliar vibe to this album but fell rather nicely amidst their signature twang,

“Child of the Valley,” the first track on the album, can perhaps be best described as a sort of lullaby that is likely to send chills down the spine. Although it appears to be somber and dark, the gentle acoustic melody and violin background tunes brighten up the track, but are almost always overshadowed by lead singer Gavin Gardener’s raspy, soulful voice.

However tracks like “Take Me Out” are the most apparent revelation of the band’s ability to channel old-school rock and roll love tunes, and automatically shift your mind’s eye from a grassy countryside to a dim lit 50s slow dance scene.

As a collective, this album appears to be one of many climatic points for The Wooden Sky. It is the outcome of their time spent on the road, bonding with one another, making new friends and running into old ones. It is a declaration of their growth as a band and is pleasurably not a repeat of their past albums. It is in fact a refreshing take on a familiar and still recognizable sound, that isn’t overwhelmingly redundant.

Currently, The Wooden Sky is working on a five song video EP to go along with the new album and are on the road for their North American tour.