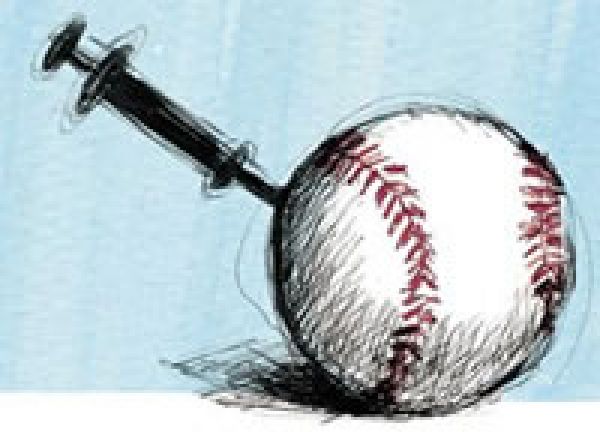 Steroid apologists can try to make as many excuses as they want, but they cannot deny the truth: players who used illegal drugs to cheat should be denied entry into the baseball hall of fame. The writers who have voted thus far have been united with this notion as huge superstars marred with steroids such as Mark McGwire and Raphael Palmeiro have not been able to get 20% of the vote, let alone the mammoth 75% needed to get into the hall. To these men, the message is quite clear: no cheaters allowed.

Next year, however, is going to be a real test for the Baseball Writers Association of America (BWAA) as some of the biggest names from the ‘steroid era’ are about to make the ballot for the first time: Sammy Sosa (who not only is accused of using steroids but was caught corking his bat) along with the current single season homerun champion, Barry Bonds. Both of these men are going to be eligible for election next year. Also eligible for election is one of the stars of the Mitchell Report, Roger Clemens, who also is on trail for lying to Congress about his steroid use. So how many of these cheating legends are going to be voted into the hall next year? If the votes McGwire and Palmeiro have been getting are any indication, the answer will be none.

There have been countless excuses made for the Performance Enhancing Drug(PED) users, but I reject them all. Cheating is not something that any hall of fame should accept in their ranks, and just because some might have let it pass doesn’t mean that we should let it happen today. I’ll be the first to admit that not everyone currently enshrined at Cooperstown is a saint, but that doesn’t mean the BWAA should allow certain people in just because past voters were irresponsible with their choices. Yes, Ty Cobb was a bigot and a very bad man, but that not being a factor in his election doesn’t mean that we should go easy on cheaters who are coming to the current voters, hat in hand, hoping they’ll get a free pass for pulling a fast one on the field.

Here is an excerpt taken from the BWAA website concerning rules for election:

“Voting shall be based upon the player’s record, playing ability, integrity, sportsmanship, character, and contributions to the team(s) on which the player played.”

There it is people, the phrase that is going to keep McGwire, Bonds, Sosa, Clemens and all other suspected juicers out of the baseball hall of fame. Integrity. Sportsmanship. Character. These are the words that you will never hear writers of the BWAA use when trying to describe the players that have been caught using PEDs. This is also why you’ll never see a single player that has been caught using PEDS get the 75% of the vote needed to get elected into Cooperstown.

Just because writers in the past let some things slide doesn’t mean that today’s writers should. PED users do not deserve to be rewarded for getting caught. They should grab a seat with Pete Rose on the bench of those that will never get in, regardless of how awesome their numbers are. Pete Rose is a major reason why I don’t support the election of any PED users. If they’re allowed in after cheating, which actually did effect the game and change how they won/lost, then why can’t Pete Rose be reinstated and allowed in as well? This kind of double standard is too much for me to even consider. Just the fact that they’re being put on the ballot at all is an insult to the game. What Bonds, Clemens, McGwire and even Palmeiro did was more damaging to the game of baseball than what Pete Rose did (betting on baseball). So if the writers or MLB wants to induct a juicer into the game, they might as well let Pete in as well.

When I check out the voting results and see players like McGwire and Palmeiro get less than 20% of the vote, I know that the majority of the BWAA is taking their job seriously and voting the way they’re supposed to. Cheaters who have been caught using had better get used to this trend because if any one of them actually manages to get 75% of the vote and sneak in ahead of everyone else, I will be the first to post a scathing editorial about it and shame the writers for voting in a cheater. I don’t think that’s going to be necessary. I’m confident enough to predict that Bonds, Sosa and even Clemens are going to suffer the same fate that McGwire has been enduring for the past few years. The BWAA has already made it painfully clear that cheaters are not going to be rewarded with a ticket to Cooperstown and as of right now there are no exceptions.

Next year, I predict that at least two people are going to get the 75% needed to make it into the hall of fame. You’re going to see names like Craig Biggio, Mike Piazza and Curt Schilling all score a lot closer to if not over the needed 75% to get into the hall. I would be extremely surprised if any of Bonds, Clemens or Sosa got higher than 35% of the vote next year. Today’s voters in the BWAA are a lot more ethical and responsible than past writers who voted in players like Ty Cobb or Gaylord Perry. That’s not a bad thing and I for one applaud them for not giving into the temptation of voting in a cheater. I hope that this trend continues long into the future and the message is clearly made to every player present or future that considers using a PED: if you want to get into Cooperstown, don’t even think about it.