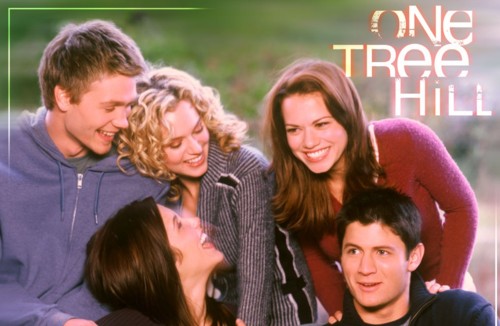 One Tree Hill- Countdown to the End

If you read this site regularly, you are very familiar with my particular brand of One Tree Hill affection. I’m aware of its absurdity, marvel at its shocking longevity and cherish it like nothing else with a love and nostalgia the likes of which are only shared by my fellow twenty-somethings who were also mere giggly early-teens when Chad Michael Murray first skulked across that bridge dribbling a basketball to the moody Gavin DeGraw wail of “I don’t wanna be anything other than me”. I’ve grown up with One Tree Hill, and every season for the 5 years it’s spent on the bubble, I’ve been rooting for it not to go away. When One Tree Hill is gone, it’ll be the last nail in that coffin of “you can’t be a kid forever” (Remember THIS? Man, those were the days). This final 13-episode season may be their weakest in years, but I’m glad to have it, because I don’t think I’ll ever be quite ready to say goodbye to One Tree Hill.

As of last Wednesday, there are only 3 episodes left in the 9-season 15-year saga. The series has morphed dramatically since its 2002 premiere back when it was an interestingly literate examination of the role of the societal outsider and the effects of nature vs. nurture. Back then, Haley was a nerdy tutor and part time waitress with only one friend, Brooke was a snarky wild child Queen Bee, Nathan was an arrogant bully, Mouth and Skills were lucky to get 2 lines an episode. Back then, central father figure Dan Scott was a centerpiece of the show with Uncle Keith as his nearly-as-important counterpoint. Moms Karen and Deb also took up space remarkably close to centre stage. Back then, and for 5 or so seasons that followed, the main characters were the poetic lonely boy (and basketball star) Lucas and his artsy/angry soulmate Peyton (at the time, dating Nathan- a detail current fans are quick to/like to forget). The years between then and now brought lots of supporting character diversions, some of whom even made it into the main credits: there was Whitey, the grumpy but beloved basketball coach; that bad boy Brooke was sleeping with, and his bi-sexual sister; Chris Keller, rockstar; Rachel, for awhile there, and Chase the virgin; Mouth and Skills were made regulars, and that cheerleader Skills was dating, who didn’t stay one; there was the bartender guy, then the other bartender guy and that teenager Brooke wanted to adopt; Nanny Carrie!; Mia, rockstar; Alex, moviestar and Chase again, no longer a virgin; Millie arrived, then Julian, Clay and Quinn- all stayed; then Chris Keller again, less of a rockstar this time, more of a cartoon; oh, and Jamie, we can’t forget Jamie, he changed the tone of the series by growing up in time for season 5. A friend and I have been marathoning Dawson’s Creek straight through from the beginning for years now and we’ve finally made it to season 6 (the year that coincides with the beginning of One Tree Hill, Chad Michael Murray having transferred his WB cred into a “star vehicle”). As soon as we finish with Dawson, we’ll start One Tree Hill and revisit that beginning for the first time since it aired (Tuesday, 9pm, after Gilmore Girls).  So, one day I’ll elaborate on these many developments I’ve just now skimmed (did I mention that Keith died? that was sort of a big deal), but right now I’m focusing on the right now of One Tree Hill.

Season 9 has been incredibly bumpy. The show experienced a massive creative resurgence in seasons 5-8 due mostly to the presence of Jackson Brundage as the affable kid Jamie, the downplaying (and eventual departure) of Lucas and Peyton, the re-focus on Haley, Nathan and Brooke, the introduction of refreshing nice guy Julian. The show kept its campy drama but by growing the kids up, they turned into really fun adults with heads on their shoulders and a sense of what really matters. For a couple years there, One Tree Hill was a comedy, a really fun, self-aware hourlong comedy that was actually pretty delightful. Don’t get me wrong, I still love One Tree Hill, but the most recent season has felt like the darker cousin of those first four dramatic years- gone is that wonderful theme song and its charming through-the-ages clips of the cast, replaced by the black and white logo that used to be reserved for “very special episodes” (and a couple of years when the show was trying to be “grownup”).

One Tree Hill’s greatest comedy sources were always Nathan, Jamie and Julian (actual character-based comedy sources, I mean, not flimsy comic relief like Mouth or Chris Keller). But season 9 kidnapped Nathan, sent Jamie away and made Julian into the world’s most depressing dad. Lucas is gone now, but even before he left, he was never as popular as the writers intended and the star Scott brother quickly became Nathan. For a long time, he’s been the heart of the show and his dramatic plot this year has been torturous not because we worry for his safety (no way they kill off Nathan!) but because he can’t lead the show from a warehouse with his hands tied behind his back.

That dramatic A plot sent Haley spiraling into her worst (see: creatively uninspired) depression since her mom died, and knocked out Jamie’s ability to be comic relief (eventually sending him away to stay with Lucas and Peyton- it was a nice callback to see Lucas again, but Jamie was sorely missed these last few weeks). The best thing the Nathan story brought to the season was Dan’s redemption arc. Though tiresome at times, Paul Johansson has always played Dan with such intriguing conflict that he can carry a story like his vigilante search for his son (and impending death- there was no way Dan was making it out of this season alive). For 8 seasons, Dan was the unnecessary villain adding drama to a show that didn’t need anymore, but this season he’s the only character who seems to possess the agency to deal with the drama.

In the equally black subplots, Brooke’s stalker is back, which isn’t interesting in the slightest, and the horrible rival cafe owner (Chelsea Kane) whose been tormenting Brooke is just as weak a story (poor girl’s had a lot of torment this season). Chase, the character who used to be funny for his self-awareness of the fact that he’s so random, left behind mildly amusing girl trouble for a story about protecting a kid from his father’s abuse. It’s not the worst story of the season, in fact it’s one of the strongest, but it feels very incidental, like the writers decided he was getting boring (which he was, but still). The re-introduction of Chris Keller is fine, if a little one-note, and I’m always down for an early-series callback. But with Nathan and Haley, um… preoccupied…, Chris is left to interact mostly with characters who are even more clueless about his role in the franchise than the audience is 7 years after he left. Julian’s struggles as a father were interesting for a bit, his very understandable mistake with Davis was compelling. But he’s still holding on to it so much that now those issues are doing nothing but weighing down a character who not only is fundamentally light as a person but needs to be light for the tone of the series to fix itself; I wish we would go back to his soundstage business- let’s make Lucas’ book into a TV series shot in Tree Hill! Julian is at his best when he’s working. The last key to the depressing puzzle is Clay’s mental illness story, which is pure depressing absurdity and should be ignored completely (as, by extension, should Quinn).

With a show like One Tree Hill, there’s no point in lamenting that it didn’t go out after last season’s uplifting finale. It’s not as though a bad season will really taint the franchise- there’ve been plenty of bad seasons along the way. Even in this bleak and depressing state, One Tree Hill still reminds me of the series that I’ve always loved, it still is that series somewhere deep down. It’s just that, in a most upsetting turn of events, One Tree Hill has lost the funny. With a wrap on the Nathan story, Brooke’s Xavier plot, the Chelsea Kane silliness and Clay’s illness, hopefully these last 3 episodes will bring the characters back to their full, capable and fun selves and the tone of the show back to its best.