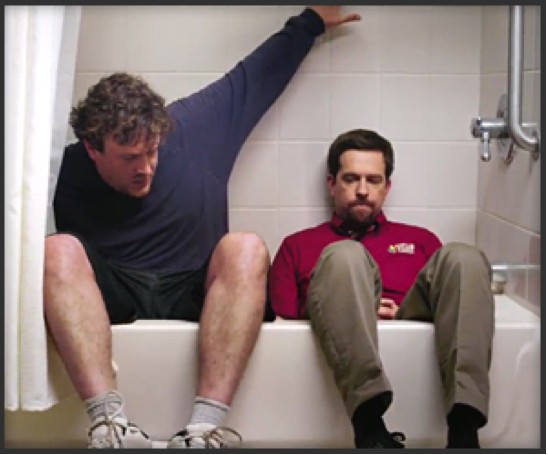 Jeff, Who Lives At Home

Jason Segel is having quite the year. Not only is he on a successful tv show, he wrote, directed, and starred in The Muppets, he has two new movies coming out in as many months, and he’s gone from being that lanky dude from Freaks and Geeks to a household name within the past two years. Obviously, he’s benefited greatly from his relationship with Judd Apatow and his role on How I Met Your Mother, but Segel’s a hard working dude and is constantly pushing himself to try out new stuff.

In Jeff, Who Lives At Home, it’s easy to see why Segel is so in-demand. He has an elusive quality to him that allows him to float on the border of being a huge loser and still seem endlessly charming and sincere. To look at the universe through Segel’s eyes, and by extension Jeff’s, is kind of like that episode of 30 Rock where we see the world through Kenneth’s eyes. In other words, everything’s coming up Muppets.

There aren’t any Muppets in Jeff, Who Lives at Home, by the way. There is a meandering plot about two brothers both stuck in their lives. Jeff is a slacker stoner who spends most of his life in his mother’s basement trying to find a sign from the universe that will lead him to his destiny. Ed Helms plays his brother, Pat, who may look like he has his life together, but is actually coasting by on a wave of immaturity and hopelessness just as damaging as Jeff’s. The movie follows them through one fateful day where both have to confront their lifestyles.

And for the first half of the movie, it’s really good. As I said, Segel is great as Jeff, and Helms is great as Pat, and the movie is wonderful when it deals primarily with the tensions between the two of them, and the ridiculous situations that their characteristics realistically would get them into. But in the second half, the film gives itself over to melodramatic whimsy, and it loses some steam.

I spoke earlier about the Muppety-ness of Segel. It’s part of what made The Muppets such a success; it gives Marshall Erickson his squishy and lovable core; it made Forgetting Sarah Marshall such a sweet and unexpected joy. And it’s almost enough to get me to buy the last 20 minutes of Jeff, Who Lives At Home. Almost. As it is, I couldn’t give myself over to the many convenient plot devices and soaked moments of catharsis that the movie wanted me to. To make matters worse, I really couldn’t stomach the omnipresent, oppressively whimsical score the movie employed with a heavy hand.

Jeff, Who Lives At Home starts off with a fantastically goofy monologue about the profundity of M. Night Shaymalan’s Signs, but the movie falters when it tells me that the goofiness isn’t as important as the profundity. It seems better than it is because of how believable Segel and Helms are, but it sinks under the weight of its own narrative.