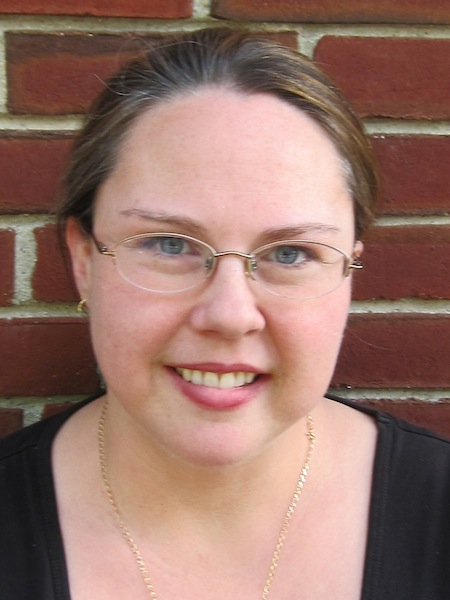 One of the first reviews Brian Balduzzi did as the new Head of our Boston Theatre division was of Theatre@First’s daringly different production of Peter Shaffer’s Equus. By casting a woman in the central role of psychiatrist Martin Dysart, director Dave Policar dared to make the famous play into something new entirely. The effect was thrilling, thanks mostly to the supberb performance of company Artist Director Elizabeth Hunter, nominated for Best Actress in the 2011 My Theatre Awards.

Can you remember your first experience with theatre?
As a preacher’s kid, I performed in church pageants before I could walk and took part in school plays from the first grade on.  The part of the Narrator in our version of Maurice Sendak’s Chicken Soup with Rice is the first role I remember clearly.  When I was eight I corralled my entire third grade class into performing my own modern adaptation of  ‘Twas the Night Before Christmas. Afterward my mother asked if I had plans to direct again and I said “Not until I’m twenty!  It’s hard work!”  And sure enough, when I was twenty I let myself be convinced to direct A Little Night Music for the Tech Random Music Ensemble at MIT.

What actors and actresses have always inspired you? Are they the same today?
I’m always impressed by the ability to disappear into a role and to fill a minor role completely, with utter commitment.  The first names that come to mind are Kevin Spacey, Dame Judi Dench, Helen Mirren, Guy Pierce and Cate Blanchett.  Recently I’ve been deeply impressed by the television work of Aisha Hinds and Adina Porter.  I think the biggest change over time is the appreciation for subtlety.  In Brokeback Mountain there’s a scene where Anne Hathaway is on the phone with Heath Ledger and when he gives his name, she makes a tiny little sound, seemingly involuntarily—for me that was her best moment in the film.

Tell me about your experience on Equus.
Equus was my first time on stage in five years and Dysart is a monster role—on stage for the entire show, over an hour’s worth of lines to learn, huge emotional arcs.  It was also a chance to be directed by Dave Policar, one of Theatre@First’s finest directors and a friend of twenty-five years.  Those are the things that pulled me in and then it turned out to be a fantastic ensemble and the opportunity to work with Adam Schofield-Bodt in the role of Alan—he is a wonderful actor who really pushed me to bring my best to every scene.

How did you approach playing a male role? Did the switch affect the tone of the show or Alan’s approach to therapy?
I didn’t take on the role of Dysart as a male role.  Once I was cast, it wasn’t male anymore.  It was interesting that switching genders changed very little—other than the name and pronouns, I think we changed three lines—but it changed absolutely everything.  Changing the gender changed the role that Dysart plays in Alan’s life, changed the tone of the more confrontational moments of his therapy, changed the relationship between Dysart and Alan’s parents—it really was a larger change than we realized at the start. Several people have told me that they now cannot see why the playwright didn’t know Dysart was a woman, which is a huge compliment.

Was the director looking to cast a woman or were they open to whoever read it best, no matter who they were?
Dave [Policar] definitely was not looking to cast a woman in the role, but Theatre@First has always promoted cross-casting and gender-blind casting where possible.  I know that Dave was very struck by my own and another woman’s readings in auditions and had a hard choice to make as he realized that his choice of Dysart would define what show he was choosing to direct.

Do you have a favourite moment from that production?
Perhaps the most memorable moment for me came early in rehearsals.  I had told Dave at auditions that I would be out of town the second week and he had to figure out how to rehearse something without me.  He had already scheduled the designers and other tech staff to come to a run-thru in the third week of rehearsal, so we went ahead with that.  And it wasn’t until I came barreling into the final scene that I realized we had never rehearsed that scene or blocked it—suddenly I was living out the actor’s nightmare, when you find yourself onstage without any idea what you’re supposed to be doing.

Another, more fun moment was the night that we decided to try rehearsing the scene in which Dysart is drinking heavily with real alcohol.  It was just Dave, myself and Melissa—playing Dysart’s friend, Hester—so it was very comfortable.  But as I knocked back shot after shot of bourbon, it was fascinating to experience how immediately and differently the lines came flowing and how much it affected the scene.  It was very funny and very useful to take back into more sober renditions of the scene.

Do you have any dream roles you think are perfectly suited to you or something completely against type you’d love to try as a big challenge one day?
Dave and I are plotting to have me play Martha in Who’s Afraid of Virginia Woolf when we can work it into the schedule and I’m very excited to take that on.  I’ve always wanted to do Belle of Amherst—the one-woman show about the life of Emily Dickinson.  I don’t think I’m ready for Lady Bracknell yet, but I look forward to it in another ten years or so.  I’ve come through a period when I think I was harder to cast, but I feel as though I’ve entered a new phase in terms of appropriate roles and I hope to act more often in the future.

Which directors and actors have had a major influence on you throughout your career?
Kenneth Branagh has been a major influence on my love for Shakespeare and its ability to transcend time and situation.  In theatre, I am in awe of Mary Zimmerman’s work.  I had the great fortune to spend two years in London, seeing over a hundred shows that exposed me to some marvelous actors there—Sam West and Jo Stone-Fewings were stand-outs.  But my biggest influences have been the people I have had the great fortune to work with again and again through Theatre@First.

Who are some of your favourite people to work with?
Number one is my husband, Jason Merrill.  He is a marvelous actor, as well as a great partner, and the desire to work together in theatre was one of the major factors leading to the founding of Theatre@First. Through that ever-growing community I have had the privilege to work with and watch the work of some of the most talented people in the Boston theatre scene—too many to list, because I know I’ll leave someone out!

Tell me about your upcoming Pride & Prejudice adaptation.
Over the past year I have adapted the novel into a fun, fast-paced script focused on Austen’s marvelous language. Our auditions in November drew the largest pool of actors ever for Theatre@First and the cast assembled is one of the finest we have ever presented.  Technical Director Jo Guthrie has created amazing sets for the show and we’re very excited to share it with an audience. I hope it will delight both newcomers and longtime Austen fans alike.

We open at the Somerville Theatre on Friday, March 23rd with an Opening Night Zombie Bash!  Audiences are invited to come in costume, have their faces painted in the lobby, and join us after the show at Joshua Tree for an After Party with the cast and crew. For tickets and more information, visit www.TheatreAtFirst.org!

What are you working on next?
The next show I know I would like to direct is Rosencrantz and Guildenstern Are Dead in 2014.  It was Theatre@First’s inaugural show in 2004 and I’m excited to re-visit it and find out how far we’ve come in ten years.  I’ve had the experience of re-directing one show (The Margaret Ghost by Carole Braverman) twice with the same cast, three years apart and I’m interested to see how it will be different to do the same show over a greater time span, with different casts.

In the meantime, I’m hoping that Dave Policar will follow through with his plan to direct me in Who’s Afraid of Virginia Woolf as part of our ongoing series, Bare Bones: Staged Readings at Theatre@First.

Another project that I would like to facilitate is a collaboration with another theatre company, ideally one serving a different demographic than we’ve attracted in Davis Square.  Community theatre in Boston has a reputation for being very monochrome and I hope to mix that up, share strengths, bring new audiences to the exciting voices working in local theatre, and vice versa.

If you could pick one definitive moment in your career up to this point, what would it be?
It would have to be opening night of Rosencrantz and Guildenstern Are Dead in 2004.  It was at that point that we knew that Theatre@First could be a viable theatre community, that there was the audience enthusiasm to match our own excitement to create theatre on a local level.  I have come a long way from that night, personally and professionally, and the group has blossomed and grown, but it was that moment that everything that followed seemed possible.