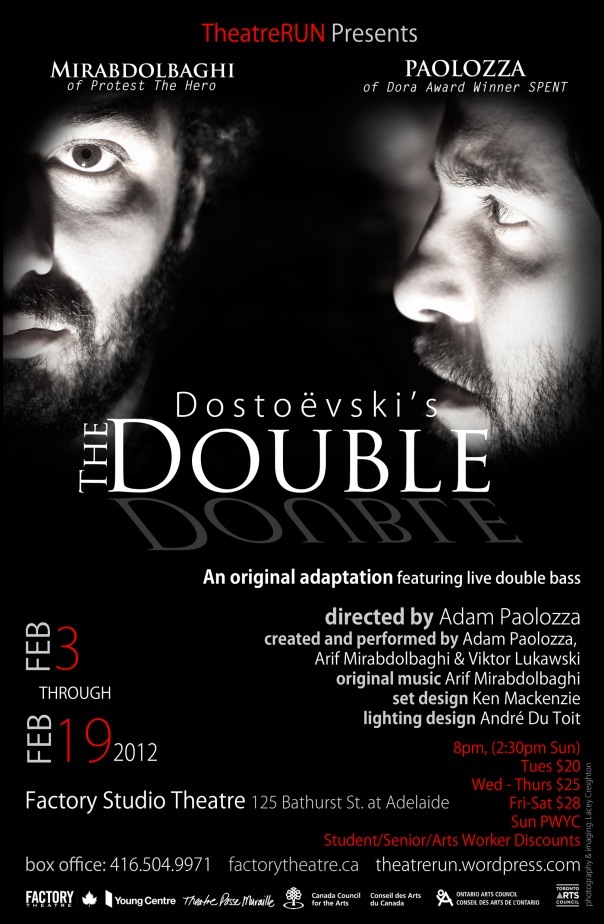 My Theatre Recommends: The Double

The latest offering at Toronto’s Factory Studio Theatre comes from TheatreRUN, a quirky collective created by Jaques Lecoq-trained artists (translation: theatre professionals with some of the best movement and mime training in the world). Known for the Dora-winning hit Spent, Adam Paolozza once again explores dark comic territory with his oldschool, jazzy take on modern isolation. He’s joined onstage by Arif Mirabdolbaghi, a well-known bassist who serves as the narrator and man behind an anthromorphized instrument named Clara (aka his double bass). Superbly versatile My Theatre Award Nominee Viktor Lukawski is the final piece to the puzzle, playing multiple roles in the music-infused performance of physical theatre.

Uniquely multi-faceted and not to be missed.

The Double runs at the Factory Studio Theatre until February 19th, 2012.