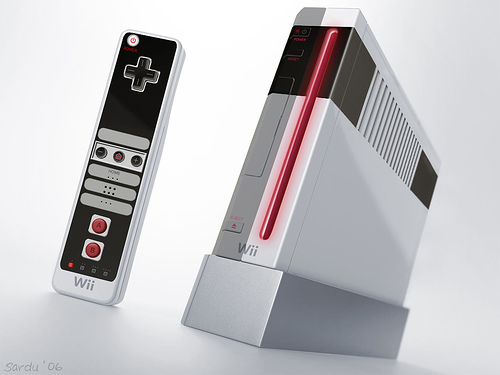 “If it ain’t broke, don’t fix it”. A phrase that’s very representative of the gaming industry. Pokémon, Call of Duty, Megaman, Final Fantasy, Battlefield, Dragonquest, the list goes on, and across all platforms and media. All of these games have spawned innumerable sequels and spinoffs, oftentimes retaining more or less the same game formula, and even the same plot. This sentiment of repeating a successful thing isn’t exclusive to sequels and spinoffs, however, as it also applies to the refurbishing and redistribution of older games. Games considered well past their prime are given a touch-up and sold to customers, usually under the guise of “HD” and “now with new bonus features”. In this way, a game is able to be sold again with minimum effort and cost, while maximizing any sort of potential profit. It’s a perfectly acceptable concept, and it allows older gamers to play the games they loved when they first played them, and allows new gamers to see what all the hype is about. However, some will see it as a mere cop-out, with the game companies simply re-wrapping an older game and adding a couple of superfluous perks. The Nintendo Ambassador program is an application for those who bought the 3DS at launch and missed the price drop to get free downloadable games from Nintendo, mainly from the NES and GBA era.

So how do we view the Nintendo Ambassador program? Is it merely a bone Nintendo has thrown us to make up for the fact that they dropped the price on the 3DS significantly so shortly after its release? Or is it a genuine bonus for those who took the risk and purchased the system when it first came out? Essentially, it comes down to the quality of the games. If the games are good enough to mask the loss of money incurred by the player, then they can overlook the cost. If the games are sub-par, then only bitter feelings will follow.

The ambassador program has had two phases so far. The first phase released the following games for download from the NES: Yoshi, The Legend of Zelda, Zelda 2 The Adventure of Link, Balloon Fight, Wrecking Crew, Super Mario Bros., Donkey Kong Jr. Ice Climber, NES Open Tournament Golf, and Metroid. These classic games were loved at the time of their release, and are still loved today, but that does not mean that the games themselves have aged well. Harsh difficulty and the lack of many modern gaming amenities such as basic in-game hints as to where to go next may leave many modern gamers frustrated. Metroid doesn’t lead you by the hand from point to point, rather it’s up to the player to find his own way. The same happens with the Zelda games. As such, modern gamers may have a difficult time getting past these outdated modes of gaming. The other games are also very repetitive, and lack any sort of plot and depth. This isn’t a failing on the games side, but rather a difference in taste as well as technological capability that has lead to this modern reception. The graphics are simple and unappealing compared to modern games. Regardless of these faults, older gamers enjoy them for their nostalgia value, so they will always have some sort of inherent worth. After this first wave, it didn’t really feel as if I had gotten my money’s worth in games.

The second wave managed to shore up some of these shortcomings. Nintendo released The Legend of Zelda: The Minish Cap, Fire Emblem: The Sacred Stones, Mario vs. Donkey Kong, Kirby & The Amazing Mirror, WarioWare, Inc.: Mega Microgame$, Metroid Fusion, Yoshi’s Island: Super Mario Advance 3, Wario Land 4, Mario Kart: Super Circuit, and F-Zero Maximum Velocity. These games have stood up much better to the passage of time. They all remain very playable, even whilst on the go. Plots have much improved, with Fire Emblem, Metroid Fusion, and The Minish Cap all deliver wonderful stories and gameplay in small portable packages. Each game offers something for different gamers. There’s the racing sim, the Mario platformer, the Metroid dungeon crawler, the strategy Fire Emblem, and the game for those with a short attention span, WarioWare. This kind of variety was nice to see after the first wave, when I thought that all we would get out of the Ambassador was a lot of repackaged oldies that can’t really cut it in today’s market. Now I have an all around assortment of games to take with me while I travel. Which brings me to my primary qualm with this second wave. All the downloads are for GBA games, but when you try to close the cover and enter into sleep mode, the game still chugs along. It doesn’t pause the action for you, all it does is switch the screen off. For a mobile device, where you might have to close the cover and move quickly, it seems very inconvenient. However, Nintendo has still managed to make the Ambassador plan take the sting out of paying the extra money for a 3DS at launch.

So in short, Nintendo has done well in making older games available to the public, even if some of those games have not withstood the test of time. The ambassador program was off to a slow start, but it has made up for its poor beginning with its recent releases. The trend of rereleasing old games on new platforms shows no signs of slowing, but for as much as we complain about the lack of originality of games, it is always nice to walk down memory lane and relive the games of our childhoods.