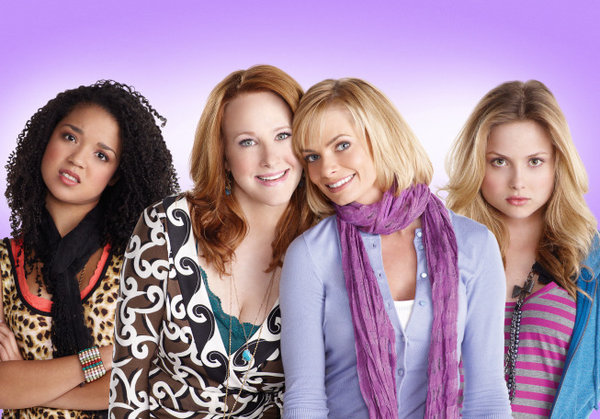 Fox’s newest sitcom balances on a premise that has hilarious truthful potential. Almost all teenage daughters are monsters, but to former geeks who grow up to mother girls just like the ones who tortured them, the trauma is all the more potent. It’s a tricky concept, but such a universal and generally untouched one that executed well it could have been great.

The cast tasked with bringing the concept to life is an outstanding one. Jaime Pressly has excellent timing as Annie, a claustrophobically sheltered kid who married a musician, had a beautiful daughter whom she proceeded to spoil bitchy, got divorced and is now crushing on her former brother in law. Her best friend is Nikki, the far inferior character, an insecure former fat girl who screams at her comparatively rational ex-husband about stupid things like the money to get her even-more-spoiled daughter a limo to her first school dance. So far Nikki is insufferable, but she’s played by the incredible Katie Finneran, so I’ve just got to believe she’ll get better. Kristi Lauren and Aisha Dee are fun, if simple, as the titular daughters, but the writing has simply got to step up if this show is going to go anywhere.

The pilot featured a decent story about the girls locking a handicapped boy in the girls bathroom that was made silly by their mothers’ insane ineptitude. Awkward “fuck, what do I do?!” mothering can be funny, but these people are just helpless- never fun to watch. The twist wherein Sophie (Annie’s daughter, Lauren) incited a heartwarming moment by telling her mom that they were cruel to the boy because he’s racist and made MacKenzie (Nikki’s daughter, Dee) cry, was kind of fun and I do always enjoy a good punishment via embarrassment like the ending where Nikki and Annie take to the school dance floor. But the characters of IHMTD need to smarten up and maybe pity themselves less if we’re expected to actually care that their daughters are mean to them.