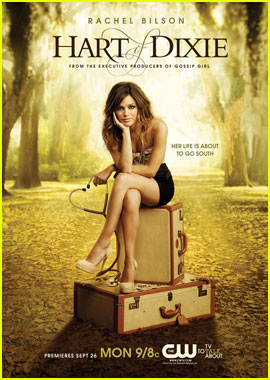 The CW is an odd network. It’s sort of depressing, really. Both The WB and UPN, for different reasons, were important, groundbreaking networks that provided some of the most innovative, thought-provoking and meaningful programming ever on television. They were far from perfect, but The WB especially was home to more fascinating and diverse characters and genres than anywhere else on TV. When The CW took over for those 2 networks in September 2006, it kicked off its broadcast television life with the 2 hour season premiere of America’s Next Top Model. There’s metaphorical value in that fact. On the new network, sweet-hearted and high-minded fan favourite The Gilmore Girls came to an end, the genre-defying bitingly witty Veronica Mars met her demise and the beautifully written and exquisitely acted family drama Everwood never even made it to air.

I’m not saying that the new and surviving CW shows are bad- they stayed true to The WB’s genre content by keeping Smallville and Supernatural running long term, One Tree Hill has matured wonderfully in the last 5 years, Gossip Girl and 90210 are both surprisingly smart and inarguably fun and teen genre auteur Kevin Williamson made his long-awaited return to TV with The Vampire Diaries. But The CW’s shows all look the same – they have an artificial gloss, an alienating sexiness that makes them enjoyable but does a lot to block out their heart. The CW is not a place where Willow Rosenberg would have been allowed the dorky sweaters that so defined her character in early Buffy, nor could Rory Gilmore have sported her ill-fitting Chilton uniform as often as she lazily did; there’s no way Dawson makes it all the way to college as an over-thinking virgin or Carmen Ferrara is considered a principal character. Not on The CW. No characters over 25 are allowed significant storylines (except the OTH kids, who accidentally grew up) and that relatable, vulnerable heart that beat inside the best of The WB has long been lost.

Which is why I’m disproportionately fond of the somewhat mediocre new Monday night drama Hart of Dixie (least sense-making title since Cougartown). Despite the presence of The OC‘s shiny spitfire Rachel Bilson as a completely unbelievable Manhattan surgeon, Hart of Dixie‘s got the small town heart and homeyness that its Blue Bell Alabama setting requires. A displaced doctor story, Hart of Dixie‘s been getting a whole lot of Everwood comparisons, but despite the unabashed glossless-ness of its tone, the show still doesn’t have the human drama or complex relationships that comparison needs. What it has got is yet another overwhelmingly beautiful cast (while Everwood had some pretty folks, they were more like the pretty folks you might actually know, as opposed to the Jaimie King variety), a handful of promising romances and some real potential- if it’s allowed to grow up a little in a second season.

Upright good guy Scott Porter (as small town lawyer and love triangle target George Tucker) is always a charming presence, but his perfection can grow a little tiresome, which is why the Nov 21st episode that saw him showing off some comic chops was so refreshing. The series’ little nod to his famous former series was also a welcome joke: “its like Friday Night Lights without all the depressing parts” says Zoe’s friend from Manhattan seconds after Jason Street (Porter) leaves the screen.

I’m also glad to see another FNL vet, Cress Williams, finally play a good guy. The low-voiced and imposingly large actor has played a lot of unreliable fathers and deadbeat husbands of late (I don’t think I’ve seen him be sweet since Never Been Kissed), so the mildly narcissistic but loyal, loving and fun Lavon Hayes (former NFL player and current Blue Bell mayor) is a nice change. The friendship between him and Zoe is great, easily my favourite aspect of the show so far. There’s some sort of dumb thing being played out between him and Jaimie King’s Lemon Breeland (worst name since this show’s title) but if the showrunners are smart they’ll steer clear of the melodrama and focus on small and true stories like his with Zoe.

Speaking of Lemon, King plays the local queen bee like a proper Blanche DuBois- affected accent, pristine old fashioned garb, vain posturing, hostess fussing and an air of unearned superiority. They’ve been doing a good job of humanizing the antagonistic obstacle so far, hopefully clearing the way for her to grow into a great character down the road once her and George finally give up the charade. The recent revelation that George, Lemon and Wade used to be close highschool friends seemed like a bit of a stretch, but I appreciated the idea; it’s a small town, and the hints at Lemon’s former awesomeness make it a whole lot easier to sympathize with her and with her overly dutiful fiancee. For that one episode, Lemon got to be fun and nice and convince us why George loves her.

But perhaps the most well-drawn character so far is Wilson Bethel’s obnoxious, sexy and obnoxiously sexy Wade Kinsella, Zoe (Bilson)’s neighbour who drives her crazy in all the most predictable ways and has fallen unintentionally and inconveniently (though, again, predictably) in love with her. It’s not an original character, but Bethel’s done a good job with it- planting Wade’s good side and ability to see through Zoe’s hotness to the actual stuff fairly early and making me like him before I was even supposed to. He’s also given most of the clever lines to deliver, an advantage not to be overlooked when you think of poor Scott Porter slaving away to be even remotely interesting as boring boy George.

Hart of Dixie isn’t there yet. At the moment it’s still fairly silly, the stakes don’t exist and the heavy reliance on romance isn’t doing anything to give the relationships any sort of complexity (outside of Lemon’s conflicted loyalties and Wade’s pride/cowardice- both of which have my attention) . But for the first time in a while (grownup OTH aside), there’s a show on The CW that’s genuinely earnest. If given a chance I think it could be something really heartfelt down the line, even if Bilson’s short shorts are still the focus of the marketing team.