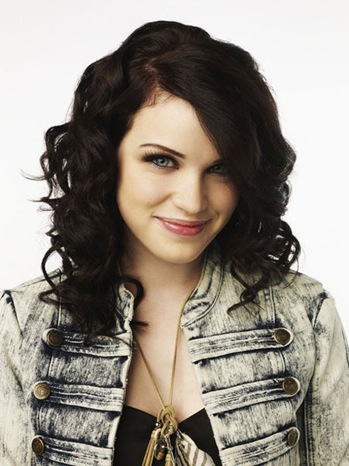 I’m not going to complain about the cliche writing, imprecise story-telling, uneven character development, lack of Sue, blatant Damian-ignoring or history re-writing (I thought Sugar Motta wasn’t allowed in New Directions, wasn’t that the whole catalyst for The Troubletones?, never mind) on Glee this week. What I’ve decided to focus on instead is the actual Sectionals competition and the competitors.

First of all, The Unitards (worst club name ever!). Lindsay Pearce is a great talent so I’m thrilled to see that the producers have come to their senses and aged her down 2 years from where they started her (even if it doesn’t actually make sense). Maybe she’ll make like Blaine and migrate to an inferior school for no reason; Glee is in desperate need of a new leading lady who can step up after the current seniors graduate and one whose voice isn’t an over-familiar airy mess would be more than welcome (and we already know she has AMAZING chemistry with Damian McGinty, who should also return next season). The Unitards are clearly a phenomenal club and their Evita excerpt should easily have won them first place instead of third.

If The Unitards couldn’t win (and let’s face it, there was no way they would, even if they should’ve), it really really really should have been The Troubletones. They were amazing this week. Actually, they’re always amazing, delivering some of the best performances ever on the show. Naya Rivera has a dynamo voice and a presence that’s entirely more interesting to watch than anyone in New Directions (on a side note: her welcome back insult list to Sam was delivered with just a hint of fondness, it was clearly brilliant). The Unitards can also dance, all of them, so Zach Woodlee’s been giving them harder and harder stuff to do. They’re just a better group, all around. Even if Mr. Schue did agree to let them sing one number per competition, I’ll be very sad to see them all-but disbanded.

That said, I thought The New Directions were doing great by highlighting the pathetically underused Tina and actually giving Harry Shum Jr. something to sing (he can totally sing, what have we been talking about for 2 years now? It’s Cory Monteith who can’t sing… or dance…. or act… why is that kid on this show?!) and it’s fun to start including some of those kids who’ve been sitting in the background playing instruments- maybe there’s a star in there? But they blew it when Monteith stepped up to star in the worst rendition of “Man in the Mirror” I’ve ever heard, backed by literally no dancing but tons and tons of applause. You can’t convince the audience that a performance was better than it was by having the fake on-screen audience cheer really loudly, we’re not that stupid. It was terrible, can’t you just fire the kids who can’t sing? And by the way, no one actually missed Sam and he didn’t contribute at all to the competition (show of hands, is that move actually considered sexy? I thought sexy was sweaty Darren Criss making Fight Club jokes in the locker room, or- less universally, but my personal preference- in his Dalton uniform remembering his crush’s coffee order). Oh, and I’ve never seen a less convincing couple than Sam and Mercedes, give it a rest and send him back to Kentucky please!

PS: They really seemed to be having fun in that group number at the end of the episode. So while it was depressing to hear Rachel and Finn back on lead (what is this group delusion about?!), I was all for it.