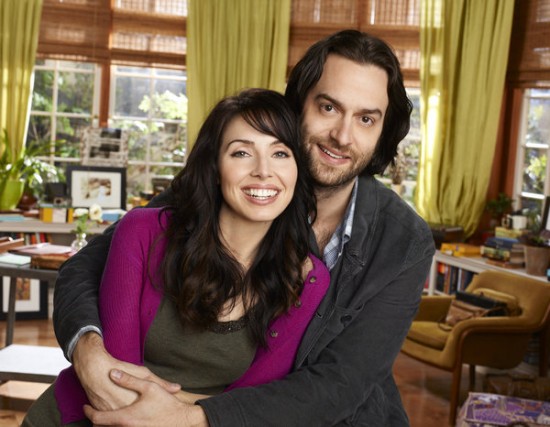 I’m at best a casual viewer of NBC’s Whitney. I’ve seen all 4 episodes but never on the night they air and I haven’t been expecting much of the poorly reviewed series. But it’s for those very reasons that Whitney was able to sneak up on me, becoming one of my favourite new shows of the season.

The episodes are getting a bit repetitive already and the supporting characters could use some work (Roxanne especially), but I like Whitney Cummings’ observational humour (the movie-watching commentary that kicked off episode 4 was particularly fun) and she’s a fresh and relatable character with her gawky 5’11 frame and overly competitive nature.

But the thing that really makes the show work is Alex, Whitney’s boyfriend played by Chris D’Elia. He doesn’t look like your typical romantic lead, and that really works on him. He’s scruffy, but not in the annoying “look I’m unwashed, isn’t it sexy?!” way, and he’s just quirky enough to work as a foil for Whitney. But mostly he’s just normal, which is incredibly refreshing for network TV. Alex is nice and supportive and kind without being a puppy dog, he’s easy going and funny and most of all has great chemistry with his long-term, live-in girlfriend. Their lovingly competitive quibbles have taken centre stage in almost every episode so far and while I worry that they’re repeating themselves, the wonderful everyday-ness of their fantastically functional relationship is key to the series. And those quibbles are consistently fun to watch. Cummings and D’Elia have an onscreen ease that makes their characters’ relationship unwavering but always entertaining. Not since Mad About You has there been a great show that’s not about marriage, kids or the plight of the beautiful singleton, but that’s just about a couple. I’m so glad Whitney is that show.