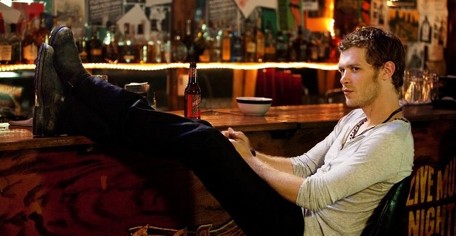 Man, Vampire Diaries is a good show. I’ve already rambled on and on about how good this show is and the reasons why you should be watching, so let’s just dive into the Season Premier, shall we?

After a second season that most shows can only dream of, Vampire Diaries had a lot of stories to ramp up in their third season premier. When we last left Mystic Falls, Klaus had broken the curse of the sun and moon, Elena had faked her own death, Jeremy could see dead people, Damon was about to die, and Stephan traded his soul and allegiance to Klaus in exchange for Damon’s life. The last three episodes of season two were nothing short of breathless and revelatory.

And the season premier for season three? The perfect follow up.

It’s easy to forget just how genius this show is when one isn’t watching it. I feel embarrassed mentioning the show to my friends. But the truth is, Vampire Diaries is a near perfect show that knows exactly what they’re doing.

On another show, the will-they-or-wont-they sexual tension between Caroline and Tyler would have dragged out for episodes until nobody cared anymore. On VD, the “duh” coupling was already on to the next interesting step by the end of the episode.

On another show, Jeremy’s ghost story would sit creepily in the backseat for half the season. On Vampire Diaries, despite a packed first episode, huge strides were made both with him and with Matt’s character.

But most importantly, on another show Stephan would be resolved of his crimes, and we as the audience would be absolved for still loving him, by a clear indication of where his mental status is at (he lost his soul, he’s secretly good, etc.). On Vampire Diaries, the ambiguity that has always been central to the vampire identity becomes the lynch pin in Stephan’s decent into bad Stephan. Despite Damon’s assertion that he “flipped a switch,” Stephan remains a complicated, heart breaking man even when ripping people to shreds.

And oh boy the ripping people to shreds. I don’t think I’ve ever seen a network TV show with this large an amount of horror, perpetrated by the lead. And the werewolf torture was brilliant!

This show provides more surprises, laughs, and legitimately interesting characters than any other show currently on the air. It’s got real world consequences galore, actually compelling love stories, and (for a show that regularly talks about vampires and werewolves) a fantastic grip on its own reality. I can’t wait to see where the characters are going to end up.

RANDOM THOUGHTS
• I love Klaus, I just couldn’t figure out how to work him into the rest of my thoughts
• Damon isn’t given as much to do here as he usually is, but I love the continual evolution of Damon’s morality as perfectly summed up by Alaric “You mean, your fake, compelled girlfriend wants you to be a chivalrous boyfriend?” Damon, “Well, it’s a complicated dynamic.”
• Speaking of Alaric, how heartbreaking was his speech to Elena?