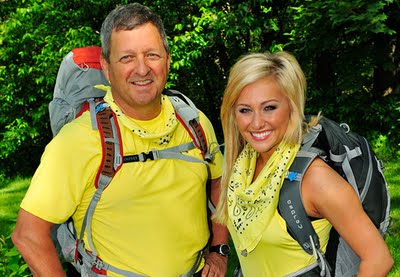 Pet Peeve of the Week

When a cab driver ruins The Amazing Race.

Sure, I really hate it when contestants are rude to their cab drivers, but second only to that is my intolerance of the unfair realities of the game: Things like long waits that result in everyone getting on the same flight, making a lead hard to rollover from leg to leg; language and geography advantages when one team has a leg up on the others because they happen to visit a country they’re familiar with; and, most annoyingly, the ridiculous and irrelevant failure of cab drivers who don’t know where they’re going. One of the race’s all-time great teams Gary and Mallory (wonderful and entertaining people- seriously, she’s the most adorable person ever- and surprisingly strong racers) has now been taken down twice by cabbies who move slowly and often in the wrong direction. I really think they would have had it this time if it weren’t for a disoriented man named Sterling and his unassertive driving skills.

Keesha and Jen ran a strong race, so did the temperamental but entertaining Globetrotters, but it would have been nice to see the optimistic, well-mannered, fun-loving father/daughter team take the prize. Because, at the end of the day, there’s something really cool about a girl who just wants to hang out with her dad.