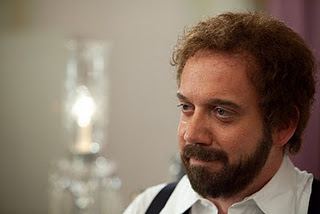 The 2010 My Cinema HONORARY AWARDS

Introducing the annual My Cinema Honorary Award. This distinction, announced separately from
the rest of the winners, is awarded each year to
celebrate standout achievement in any given category. We have 2 winners this year, because we simply couldn’t choose. Winners aren’t nominated in the regular My Cinema Awards. Rather, they’re honored separately as the best things that happened in cinema all year (whether they be directors, actors, cinematographers, writers, etc…).  It just so happens that both of this year’s winners are actors. Without further ado, this year’s winners are…

The youngest nominee at this year’s Oscars not only should have easily won her best supporting actress category, we think she should have been nominated as best actress- and won. As the star of the excellent True Grit, Steinfeld led a cast featuring some of the most highly lauded actors in the world (including last year’s Oscar winner), and she never once surrendered the lead. True Grit is Mattie Ross’ story, that makes True Grit Hailee Steinfeld’s movie. Her performance was the most detailed and moving of any woman on film all year, and she’s only 15.

Barney’s Version is a truly exceptional film, one of our favourites of the year. It’s sweet and funny and haunting and heartbreaking all at once. And at the heart of that film is Golden Globe winner Paul Giamatti in the best performance of his career. As Barney, Giamatti pulls at audiences’ heartstrings by daring to be unlikable. He’s so far from perfect that you can’t help but love him. Barney’s story spans years, continents, friendships, marriages and the full spectrum of human emotion. And somehow, it all seems like just another day at work for the unbelievable Paul Giamatti.