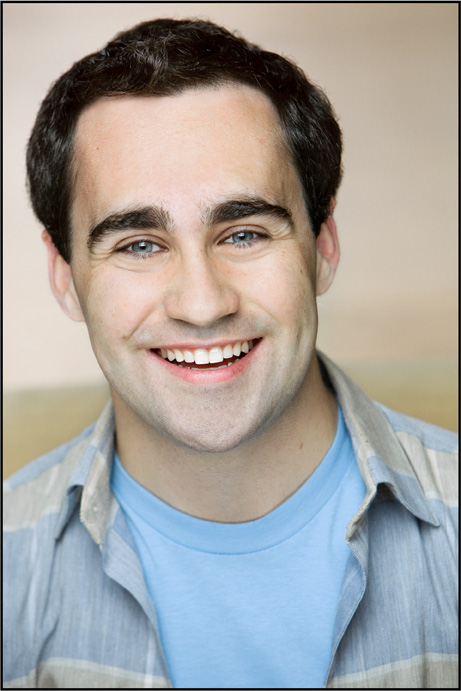 Before we announce the winners of the 2010 My Theatre Awards, we’re proud to present the My Theatre Nominee Interview Series.
.
Adam Lebowitz-Lockard, a recent BU grad and one of Stage Troupe’s go-to leading men, is nominated in the student production category for Best Director. His production of The Pillowman is also nominated fro Best Production.
.
Read on to see what Adam had to say
.
Can you remember your first experience with theatre?

My first experience with theatre, if I remember correctly, was being in my 6th grade production of The Power of One, which was written and directed by the school music teacher. I played Dr. Lyons and got very upset with the lead called me the comic relief. I was the comic relief, but still.

So far I have only directed plays and short plays for Stage Troupe. My chief reason for directing the plays that I have for Troupe is that I came across work that spoke to me and that I thought would be great to present to Boston University students. Also, I consider myself an actor first and I was hoping that directing a play would influence my acting – which it has.

I would really like to direct a new play that has never been shown before. I have only worked on already published and performed plays but I would really like the opportunity to work with a playwright, dramaturg, tech, and actors on creating something wholly new that has never been done or seen before. I always enjoy doing lots of research on past productions of a show I’m involved in to get ideas, and the concept of having to create something for the first time with nothing to work off of is frightening; but I think very exciting as well.

You’re also an actor. Which would you consider your primary role: actor or director?

Actor, without a doubt.

What have been some of your favourite parts you’ve played as an actor?

I have had the great fortune to play Eddie Carbone in Stage Troupe’s production of A View From the Bridge, and was surprised to find how easily it was to connect with his inner turmoil. I would love the chance to play him again when I’m older. More recently, and for only one scene, I played a hyena in a CFA production of Eugene O’Neil’s The Hairy Ape, which was far more fun that should be allowed.

I do try to go to the theatre often and it is very helpful to watch other pieces in order to help my creative spirit as a director. The best play I’ve seen recently was After the Revolution by Amy Herzog. I was able to see it twice; first when it was debuting over the summer at Williamstown Theatre Festival, then during it’s off-broadway run (with the same cast) at Playwright’s Horizins. It was wonderful being able to see what the director changed and highlighted in between the two productions.

Why The Pillowman?
The Pillowman is, to me, one of the most horrific pieces of theatre in recent history while also being a beacon of hope and advocate for storytelling and theatre. There is no other play that accomplishes both of those things, and it is that duality that initially drew me to it. On a more personal note, I also think it is surprisingly funny and is Martin McDonagh’s best play to date. Finally, I think that it is a play that won’t reach most college audiences and contains very hard elements to tackle in any theatrical setting, and it was a story I felt should be shared with students of Boston University.

What are some of the challenges of such a controversial piece?

When there are very strong images the playwright creates such as the Little Jesus Girl getting crucified or Katurian’s final bow it becomes even more important to get at the heart of what the playwright is doing and trying to say. I have no commitment or promise with the audience but instead the playwright. With the more graphic and horrific elements of The Pillowman, I had to be careful not to indulge the audience, but instead focus clearly on what McDonagh is trying to say with these images.

Luckily our casting was fairly easy and my assistant director and I figured out who we wanted quickly. Our only controversial casting was having Ariel played by a woman. We chose this to give an added depth to Ariel that is already in the script, to give a richer dynamic between Tupolski and Ariel as partners, and to take advantage of the fact that McDonagh, himself, does not give gender to either Tupolski or Ariel in his notes.

I think we had about 10 weeks of rehearsal time before it was mounted. Our rehearsal process was fairly straight-forward as we were either working on Katurian’s scenes of reality or his stories. Therefore our time was almost exclusively on in depth character work and analysis, especially as the play is about three hours in length. We (my assistant director and I) gave Katurian, Tupolski, Ariel, and Michal a lot of freedom with their characters, whereas we were a little most strict in blocking and organizing Katurian’s stories due to how much happens technically in a short amount of time.

The set was particularly innovative and efficient. Did you design it or work with a team?

I hate to micro-manage, and I tried to give my Tech departments as much freedom to create as I had on my end of things. That being said, I had many meetings with each department to better come to an agreement on how to shape the world of our play. For the set I wanted to create a world that was physically imposing and overwhelming for Katurian while also establishing that this was Tupolski and Ariel’s space, not the protagonist’s. At the same time it is a space that has to change several times between Katurian’s stories and the two different holding cells, so it calls for an openness and flexibility. Beyond meeting with my set designer to make sure these things were established I did not take part in physically designing any part of the set.

What are some of the other things you brought to the play that were unique to your production?

I am busy practicing and preparing monologues for some upcoming Grad School Auditions, I am about to be in a production of Machinal for Columbia’s MFA Directing program, and I will be shooting a short film two weekends from now.

If you could pick one definitive moment in your life in theatre up to this point (as an actor or director), what would it be?

It was actually for a scene study class where I was working on the final scene from the play Beautiful Traces. There is a very extreme letting go by my character, who has kept his feelings bottled up for years. There was only one day I absolutely got it, and every ounce of me flowed in tears from my eyes. It was about a year and a half ago, and without a doubt the best moment I’ve ever had on stage.

I strongly believe that The Pillowman is a play that should be and will be shared for years to come and I am extremely fortunate to have had the privilege of helping to tell Martin McDonagh’s story.